A Healthy Osprey Population is Thriving in the Nation

Renowned naturalist and wildlife photographer Stan Tekiela set out to capture images of osprey, now thriving once again across much of our nation. Here’s his report. 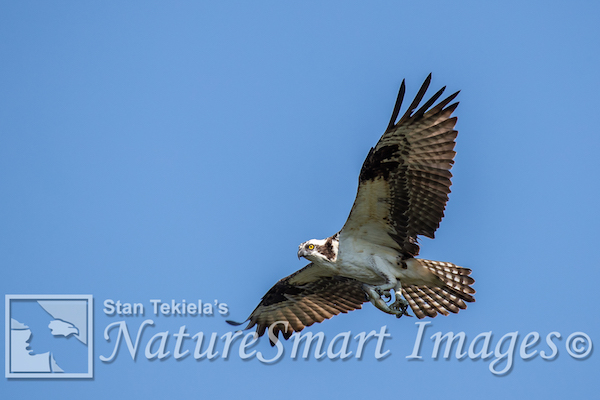 Climbing a 20-foot-tall, narrow, metal ladder with an armful of expensive camera gear is always a nerve-racking experience. Once I am perched on top, I start to organize all the equipment and get settled in for a long wait. It takes several minutes to adjust the camouflage material I use to conceal my tripod, camera, and body. No part of me can be seen, and only the front of my camera lens is visible. I also make sure that I have a seat cushion because I’ve spent too many hours in photo blinds sitting on bare wood or metal.

Blue skies and a moderate wind out of the north make for perfect conditions for photographing. Stretched out in front of me is a beautiful deep-blue lake ringed by dark-green trees. It’s an absolutely picture-perfect day.

Today, I hope to capture some images of an osprey (Pandion haliaetus). This bird is sometimes called the fish hawk, river hawk, or sea hawk; however, all these other names are incorrect—and actually misleading—because the osprey is not a hawk at all. Neither is it a type of eagle. The osprey is the lone member of its family, with no close relatives. It’s a kind of raptor that eats fish and migrates south in the winter. 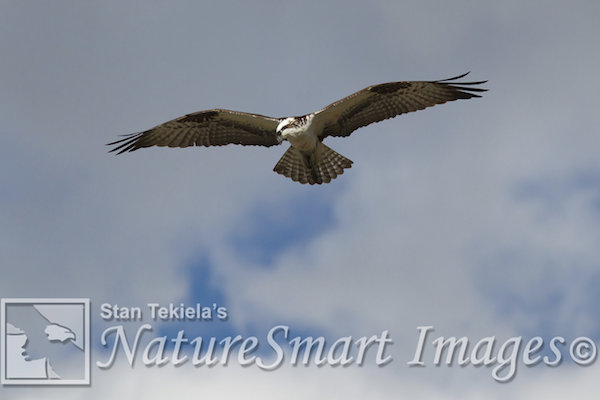 I love my time spent waiting to photograph wildlife. It releases my mind to wander in thought and ponder things I don’t normally have time to think about. It occurs to me that when I started in the wildlife photography and writing business more than 30 years ago, there were no osprey near where I lived.

In the past, osprey nested in tall trees around the edges of lakes. But these nesting sites were lost due to development and logging. Combine that with the use of DDT (a chemical that caused the thinning of eggshells), along with indiscriminate shooting, and osprey were pushed out of many regions—and to the edge of extinction—in much of the country.

In many regions the osprey needed to be reintroduced. From the early 1980s to mid-1990s, young osprey were moved from places where they still lived to places where they had been killed off. Along with this, nesting platforms were fixed to the top of tall utility poles to create suitable habitats near lakes. Today, we have a healthy population of osprey that is thriving.

The osprey is a unique raptor and is highly adapted with many specialized features that help it catch fish. They are found on every continent except for Antarctica and live in a wide variety of habitats
as long as there is water nearby to hunt for fish. They are the second most widely distributed raptor species in the world, right after the Peregrine falcon.

Considered a food specialist of sorts because it feeds almost exclusively on fish, the osprey flies over a lake, river, or ocean looking for its next meal. If you have ever tried to look into water, you know this is not easy. Osprey eyes have adapted to see into the water. Tiny oil droplets inside the rods and cones within the osprey’s eyes give it vision that is equivalent to wearing polarized sunglasses. The bird can see right into the water with no problems. Try a pair of polarized sunglasses to experience this yourself. 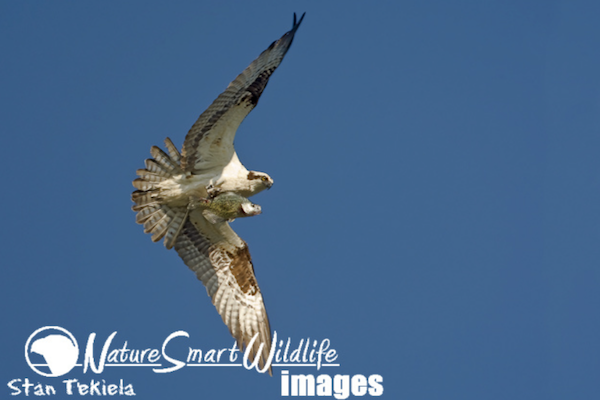 When it spots a fish, an osprey often hovers briefly before diving down and plunging into the water, feet first. Many times the bird hits the water so hard that it completely submerges itself while grabbing a fish. The bird has built-in nose plugs to keep the water out. The osprey pops back up to the surface and shakes off the water before flying off with its fish.

Osprey are large birds weighing between 3 to 5 pounds, which means they can’t lift more than their own body weight. Therefore, large fish over 5 pounds can’t be lifted off the water. If an osprey does catch a fish that it can’t lift, it will often “swim” to shore using its wings like boat oars. On average, an osprey takes fish that are 2 pounds or less.

After a couple hours of waiting in my elevated photo blind, an adult osprey with a fish appeared and I was able to capture some stunning images of this unique bird, making all the preparation worth the time.