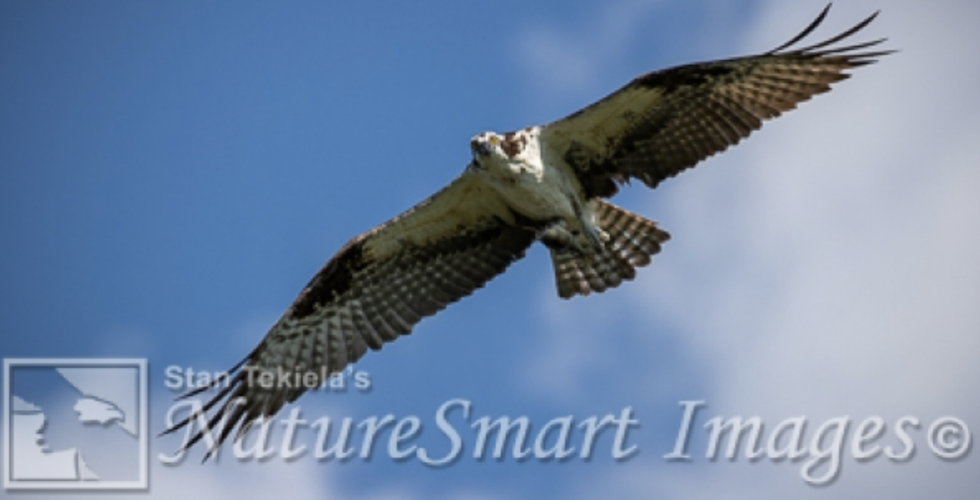 Find out what Makes Ospreys such Unique Raptors

Stan Tekiela recently led a photography tour in Southern Florida. Here are his observations on the Ospreys he saw in the Sunshine State.

I have been traveling, studying, and writing books about nature for more than 30 years, and the one thing that I have learned over and over again is that nature is never the same. There are very few absolutes, very few definitive things in nature. There always seems to be a rule breaker that goes against everything ever written about it. And it’s these rule breakers that I find most interesting. I was reminded of this recently while leading a photography tour in southern Florida.

Arrangements had been made to take a couple of boats out on a freshwater lake in Central Florida to photograph Ospreys. The Osprey is a remarkable raptor that was first officially described by Carl Linnaeus, the famous taxonomist, back in the 18th century. The Osprey is a very unique raptor that can be found worldwide. It is the second most widely spread raptor species, after the Peregrine Falcon.

Ospreys are not related to any other raptors, leaving them as the only member in their family Pandionidea. The feet of Osprey are different from other diurnal (daytime) raptors. They have rounded talons, as compared to other raptors that have grooved talons. Plus, they have toes that are all of an equal length and one outer toe that is reversible, allowing them to have two toes pointing forward and two backwards. All other daytime raptors have three toes forward and only one towards the back. This really helps when it comes to gripping slippery fish, which is exactly what they do. They have a diet of exclusively fish.

In many parts of the country, the Osprey only nests on man-made nesting platforms at the top of utility poles. If you read about them in books or look them up on the internet, this is the kind of information you will find. This is the standard and accepted description of how these kinds of birds hold territories and set up nesting.

However, when my group of photographers boarded the boats to go out to photograph Ospreys in Florida, we experienced something completely different. Along just one side of the lake was a colony of nesting Ospreys. In recent years the lake level had gone up and flooded a section of the forest along the banks of the lake. This left hundreds of Bald Cypress trees now growing in shallow water. These are perfect conditions for Ospreys to nest.

I could see that some trees had three and sometimes four nests. IN ONE TREE! This was crazy. Many of the nests were just one tree away from another. There were dozens of nests in the first 100 yards of shoreline. When I inquired about how many nesting Ospreys were on the lake, I was told that, at last count, which was a couple of years ago, there were at least 300 pairs of Ospreys, all nesting in the same place. Many were nesting just a few yards away from one another.

This is clearly the behavior of rule breakers. In this part of Florida there was something happening that doesn’t typically occur in any other places. It goes against all that we know about this species and its behaviors. This is the kind of thing that I find most fascinating. I’ve made a living out of studying animal behavior, and all I could do was smile at this clear example of a bird species that is doing exactly what it needs to survive and reproduce, despite the books we write about them or the behaviors we assign to them.

This is why I am so interested in nature. Mother Nature sets her own agenda and follows her own rules, and we are just observing and going along for the ride.

For our latest news, stories, giveaways, and deals, sign up for our newsletter now!