In today’s post, Stan Tekiela shares with us the magical, mystical world of sandhill cranes.

Even after decades of leading the same trip, I still love going to Nebraska for the annual migration of sandhill cranes. As usual, I had a group of 12 birders/photographers who were brave enough to come along as I drove the magic birding bus to south-central Nebraska in search of sandhill cranes (grus canadensis). This year’s trip did not disappoint. 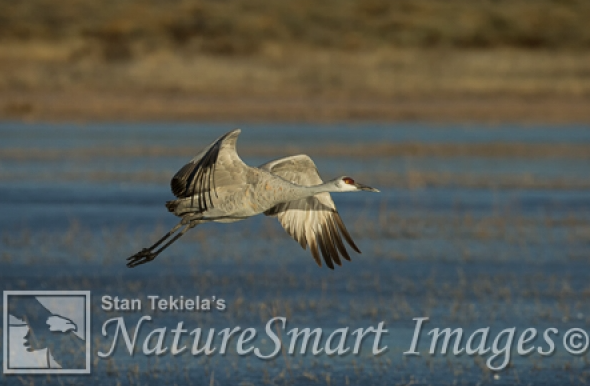 The annual migration of the sandhill cranes is one of the most amazing wildlife events on the planet.

Each trip is unique and super fun. After decades of leading these tours, last year marked the first time that we didn’t see any snow geese in the area. However, we did have an estimated 406,000 cranes in the Platte River valley all at once. This was an unprecedented amount of cranes all at the same time, and everyone was excited to see them. Both the number of cranes present and the earliness of the date of their arrival broke records.

My birding bus cruised past field after field filled with thousands of cranes. Most of the cranes were just hanging out and feeding on the tid-bits of spilled grain from last year’s corn harvest or any early emerging insects and worms. The cranes spent most of the daylight hours out in the fields feeding.

When we stopped to watch the groups of cranes, we noticed that many were jumping and bouncing around like popcorn in a hot pan. These were the mated pairs of cranes. The jumping is called “dancing.” Mated pairs of cranes will migrate together. Along the migratory path, pairs constantly strengthen their bonds by dancing with each other. They face each other and toss bits of vegetation into the air while spreading their wings and flapping. Using their long legs like springs, they bounce into the air, supported by their huge wings. It actually looks like the birds are filled with helium gas, floating on the air for just a moment before coming back to the ground. 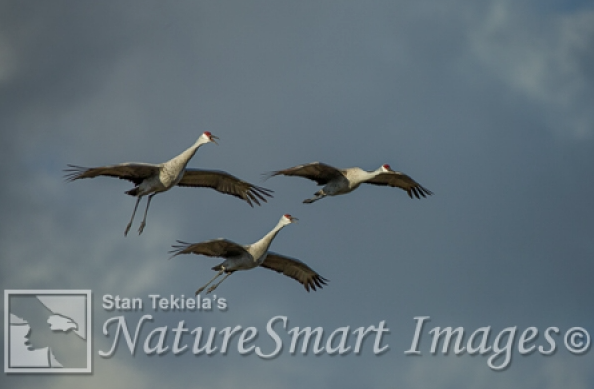 Pairs will also face each other and bow. And not just any old bow. They give deep knee bows where the head touches the ground. They may do this four or five times in a row, oftentimes finishing by spinning around and around in circles. It is very graceful.

Each morning our group gathered at 4 a.m. to head out into the morning viewing blinds. Each blind required a short hike in the darkness to a small wooden building. Everyone positioned themselves in front of a viewing window. In the complete darkness, the cranes tended to be fairly quiet. As the day awakened and soft light slipped over the horizon and brightened the landscape, we could start to see thousands of cranes standing in the water right in front of us.

One by one, the cranes began to wake up. They started calling to one another; soon, the river was filled with the voices of thousands of cranes. Some cranes cleaned and preened their feathers, while others danced with their mates. Some would fly short distances and then return.

By the time there was enough light to see clearly, the cranes were at full volume and there was a lot of activity. Small groups of cranes began to take off from the river, heading out for a day of feeding. While staying in Nebraska, the cranes needed to add about 1 pound of fat to help fuel their long migration northward. 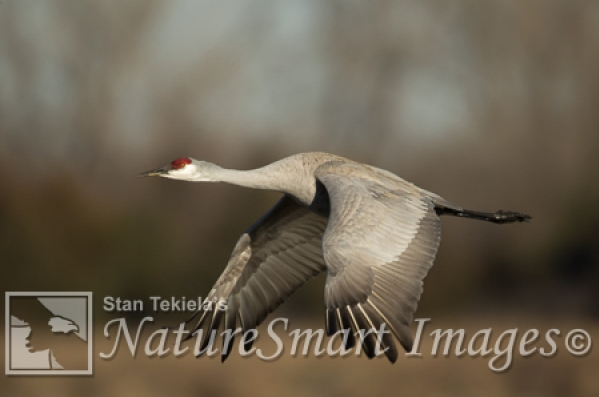 Occasionally a coyote or bald eagle would show up on the river and all heck would break loose. On our first morning we had a bald eagle cruise right down the center of the river, about 75 feet up. The huge flocks of cranes parted right down the middle, leaving a clear pathway under the flight of the eagle. The cranes called extra loud and made a sound like nothing you have ever heard before, almost like distant thunder. As soon as the eagle was gone, the groups of cranes gathered together again and the level of calling settled down.

Then large flocks took off all at once and headed out for a day in the fields. The sky blackened with tens of thousands of cranes.

As I said, this is one of the most amazing wildlife events on the planet and always well worth the time to see it.