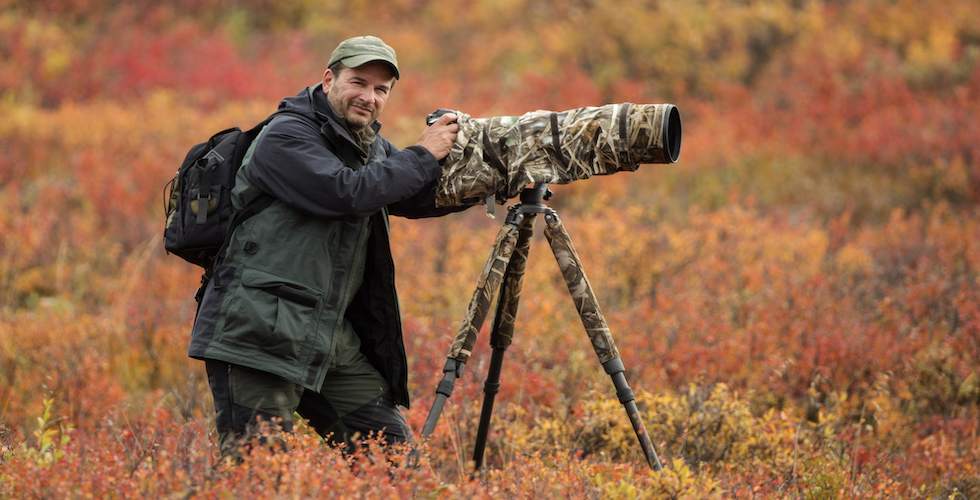 Stan Tekiela often enjoys the more common side of nature—that which we see every day in our backyards and parks but that may go unnoticed. A prime example is the eastern gray squirrel (Sciurus carolinensis), which is likely the most common squirrel species in the United States and Canada. No matter if you live in the city, suburbs, or out in the boondocks, chances are you have gray squirrels running around.

There are many different kinds of squirrels in the United States and Canada. For example, we have eight different species of “tree” squirrels. As the name implies, these squirrels live in trees and the eastern gray squirrel is in this group. We have 56 species of “ground” squirrels, which includes chipmunks and prairie dogs. And we have three species of “flying” squirrels. These are nocturnal squirrels that also live in the trees but are obviously different from other squirrels with their ability to glide.

The eastern gray squirrel has a dark side. There are scattered pockets of the eastern gray squirrel that are not gray at all but rather totally black. This is a condition called melanistic. How dark the squirrel is depends upon how much melanin is present in the hair of the squirrel. Often these squirrels will have a black body and a rusty colored tail. Some will have patches of white on their bellies or tail. No matter, these melanistic squirrels really stand out.

To be clear, the melanistic or black squirrels are exactly the same species as the gray squirrels, but the black ones have a variant form of a specific gene that produces more dark pigment. In other words, they have a rogue gene that causes them to have black pigment in their hair.

Just how rare are these black squirrels? It is estimated that less than 1% of all the eastern gray squirrels are melanistic or black. That translates to about one in every 10,000 gray squirrels. So, it wouldn’t be a stretch to say that they are not very common. However, in some pockets or regions the black morph squirrel is the dominant squirrel.

The range of the eastern gray squirrel stretches across the eastern half of the country, extending well up into Canada. Typically, the melanistic squirrels are found in northern states and Canada. Several studies have shown that the dark morph squirrels have lower heat losses and lower basal metabolic rates compared to the regular gray morphs during winter. The dark morph squirrels have lower energy costs for living in cold and wintery conditions compared to the gray morphs. Therefore, melanistic squirrels are more common in the northern portions of the species range.

You may also like Stan’s stories about the American Bison, the Greater Sage Grouse, and the amazing skills of Flying Squirrels.

If you enjoyed Stan’s post, consider one of his amazing nature books: Majestic Eagles, Wild Birds, or Backyard Birds: Welcomed Guests at our Gardens and Feeders.