Raccoons Explore their New Home after Release into the Wild

Naturalist and wildlife photographer Stan Tekiela tells us all about releasing orphaned raccoons into the wild. Join him on this journey. 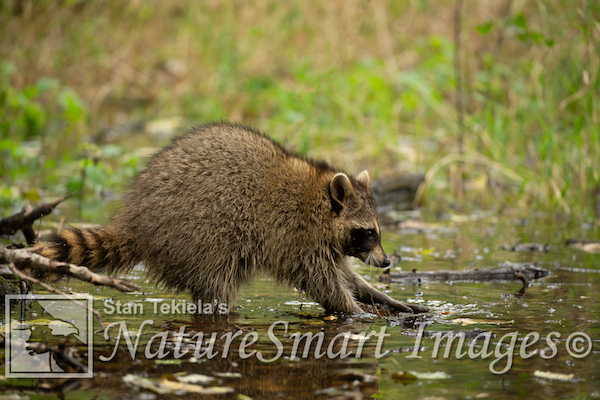 It wasn’t easy carrying the oversize dog kennels. The cargo was shifting from side to side, throwing off our balance. Now and then, a tiny furry hand would reach through the metal bars, grasping at the air. We carried the boxes containing the wild contents through the woods and down a long and wide trail. We crossed a small wooden bridge that spanned a slow-moving, shallow stream.

Here is where we found the perfect spot. A small flooded area of the forest provided a pond-like setting. Just through the tall trees was the edge of a small lake, and just behind us was, of course, the stream. All the elements here made for a perfect new home for these fuzzy critters. 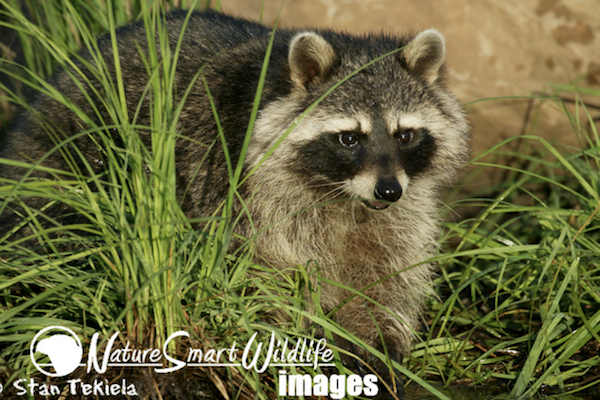 I was expecting that, as soon as we opened the small metal doors, the wild critters inside would run out and head straight for a tree. So we stood back, opened the doors, and waited for the flurry of activity. But no, nothing happened. Slowly, over a few minutes, the fuzzy, black-masked bandits emerged from the crate. 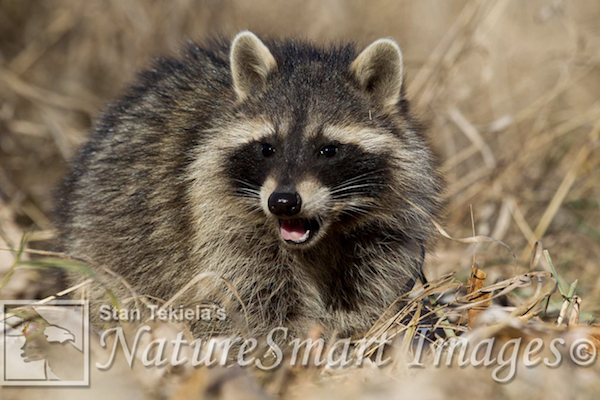 As everyone knows, I am crazy about wildlife conservation. On today’s outing, I was providing a wild place for the good people at the Wildlife Rehab Center of Minnesota (WRC) to release some orphaned raccoons. The WRC is a nonprofit organization that provides quality medical care and rehabilitation for all injured, sick, and orphaned wild animals. Earlier this summer, a bunch of orphaned baby raccoons were brought into the center. Without a mother, they would not be able to live on their own. They were raised by the hard-working and dedicated staff at the WRC. Now they were mostly grown up and ready to be released. After several minutes, one by one, all five raccoons exited the container and started to explore. This was their first time to roam freely. 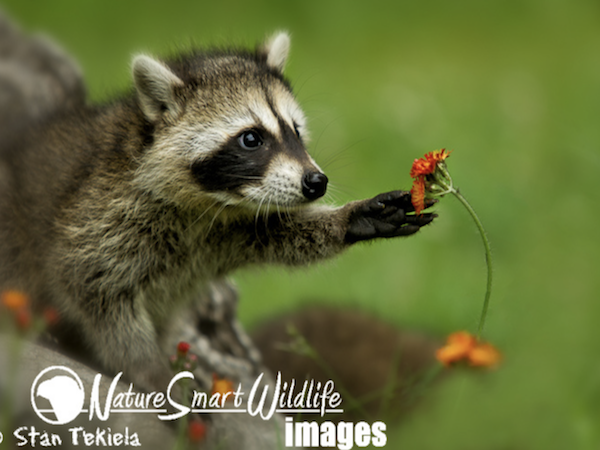 Raccoons are medium-size animals that are native only to the Americas from Central America up across the United States and into Canada. Their common name comes from the Algonquian Indian word arougbcoune, meaning “he scratches with his hands.” Raccoons are known for their ability to open objects with their hands such as doors, coolers, and latches. They also use their nimble fingers to feel around in murky water to catch things like frogs and crayfish. They appear to wash their food in water by rolling it around and around in between their paws. However, they are really just getting it wet to allow them to better feel which parts are edible and which are not. Apparently, the water increases the sensitivity of their paws.

They are great tree climbers and spend a lot of their time high up in trees. They descend tree trunks either head first or tail first. Their hind legs and feet can rotate nearly 180 degrees, so that the hind toes are always pointing up the tree and supporting them if they come down head first.

They are active mostly at night but can be seen during the evening. They spend their days sleeping in hollow logs or other cavities or even in drain pipes. They are usually solitary animals, but recent studies show they are much more social than we thought. Females will sometimes stay with sisters for many years. Unrelated males will often share a territory. Females don’t wander very far, while males have huge territories of upwards of 12,000 acres. 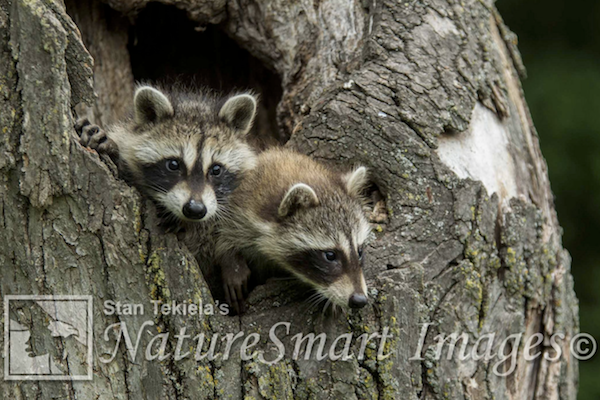 It was so much fun to watch the raccoons explore their new home. One in particular found the flooded area and started to explore. You could see the joy and excitement as he ran through the water, splashing around just for the fun of it. He would pick up sticks with both of his paws and teeth and carry them around. Suddenly, he would jump up on a tree trunk as if to climb it, but then he would just look around and jump back down into the water.

I was able to capture some fun images of these happy critters as they began this new stage of their life—a life in the wild where they belong. We wished them well, gathered up the kennels, and hiked back, leaving the raccoons to explore and be wild.