The California Condor: Rare but too Huge to Miss

The California Condor is perhaps one of the most endangered birds in North America. Considered a new world vulture, it is the largest land bird in the continent. Soaring on huge wings that stretch out 9–10 feet, the condor looks more like a small airplane than a bird. 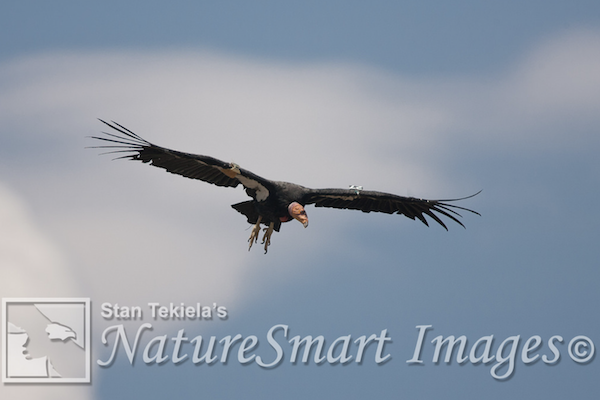 Nearly driven into extinction, the last remaining 27 condors were captured in 1987, removed from the wild, and put into breeding programs. The individuals that were released back into the wild were tagged.

Unfortunately, condors 6–10 years and older are the only ones that will breed, and because they produce only one egg every other year, this makes for a very slow recovery program. Even now, the California Condor remains one of the rarest birds in North America.

The California Condor soars over only a tiny fraction of its original habitat. Starting in 1991, it was successfully reintroduced into northern Arizona and southern Utah, including into Grand Canyon and Zion National Parks. A second population was reintroduced along the coast of southern and central California. 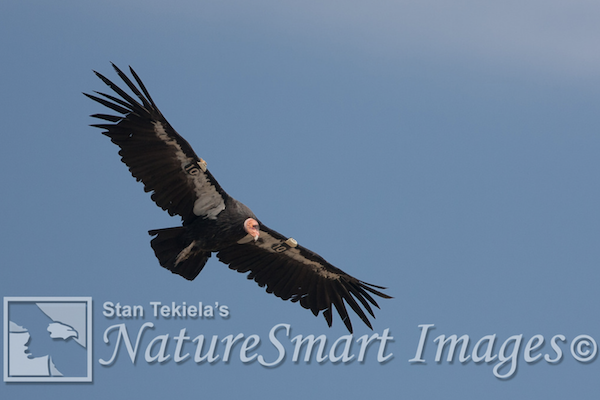 Because condors are ancient birds, it is believed that they once lived off the carcasses of now-extinct large animals (megafauna), which roamed North America eons ago. It’s been proposed that the absence of these food sources may be the reason for the major decline of the condor population. Despite this, the California Condor can live 60–80 years or more, perhaps making it the longest living bird in North America.

Adults are jet-black except for a white patch under each wing that is only seen in flight. There is a unique frill of feathers surrounding the base of the neck. The upper neck and head are naked, and the skin flushes with colors in response to emotional states. Skin color ranges from yellow to orange and sometimes red. 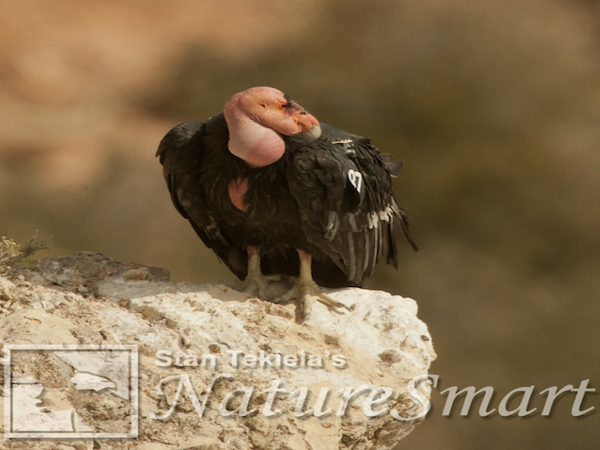 In flight, condors are graceful and fluid. Because their wings are so large, they glide and soar more than they flap. They lack the typical sternum that supports large muscles, which give power to flapping. They often go for many miles without flapping and are capable of soaring as high as 15,000 feet above the ground.

California Condors have a huge home range and can cover more than 250 miles a day in search of dead animals (carrion). During the warmer months, they soar and play on the updrafts of wind at the rim of the Grand Canyon. Other birds, such as common ravens, which are large birds themselves, also ride the winds throughout the canyon.

If you enjoyed this post, consider Wild Birds: North America’s Most Unique Birds by Stan Tekiela, and make sure to read our post about Wood Storks.