The Short-tailed Weasel: A Tiny Bundle of Energy

In today’s post, Stan Tekiela shares with us his fascination with the short-tailed weasel. He had a chance to photograph this very interesting animal on one of his research trips.

Also called ermine, the short-tailed weasel (Mustela erminea) is a tiny bundle of energy wrapped up in a fur coat. It is one of the most widespread members of the weasel family. It ranges all across the northland, inhabiting open woodlands, farms, prairies, and even wetlands.

The short-tail is only 10-12 inches long, including its tail, which accounts for almost half its length. During summer these weasels are a rich shade of brown with a black-tipped tail and white feet. During winter they turn as white as snow but retain the black-tipped tail. 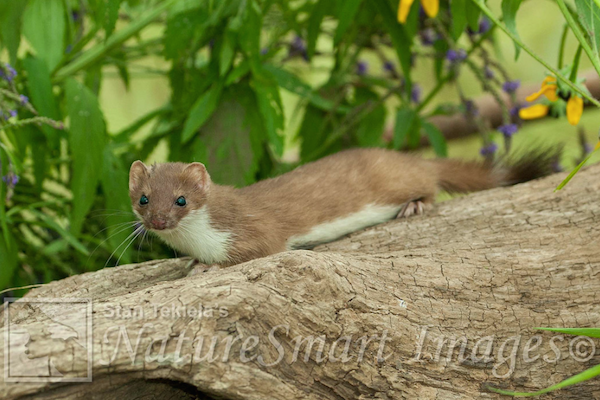 In my encounter with the short-tailed weasel, I was amazed at how fast its short legs carried it over just about any obstacle. Its small size allowed it to fit into the tiniest of cracks or holes, which is an advantage the weasel presses into action when chasing after mice, moles, shrews, and especially chipmunks.

Like all members of the weasel family, the short-tail is a ravenous carnivore. They spend most of their waking hours dashing about in search of the next meal. Their eyes are often bigger than their appetites, though. It’s not uncommon for a short-tail to chase down and kill a cotton-tailed rabbit, which is several times its own size and weight. One time I watched a short-tailed weasel chase a rabbit for 20 minutes before capturing it.

After pouncing on its prey, it delivers a lethal bite to the neck, just at the base of the skull, to sever the spinal cord. They often lick the blood from the wound before eating.

Underground dens (and sometimes hollow logs or other natural or manmade cavities) are used mainly for birthing and raising young. After mating, males and females separate, and the female raises a litter of 5-7 youngsters on her own. 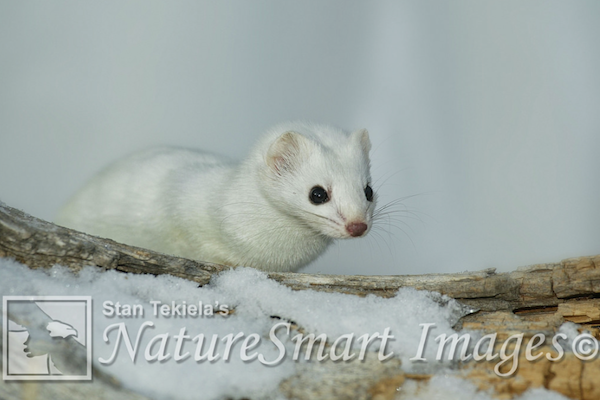 Males are not sexually mature until they are two years old, but females are sexually mature at six months old (usually during their first summer). Mating of the short-tailed weasels is not for the faint of heart. Males often drag the females around by the scruff of the neck for several hours before copulating. Males will breed with more than one female— along with any of her female offspring that may be accompanying her—no matter how young the offspring may be.

Short-tailed weasels live three to five years. Larger predators, such as foxes, coyotes, bobcats, and wolves, prey upon them. The name ermine is often used to describe them in their winter white coat, and they are called stoat during summer when their coats are brown.