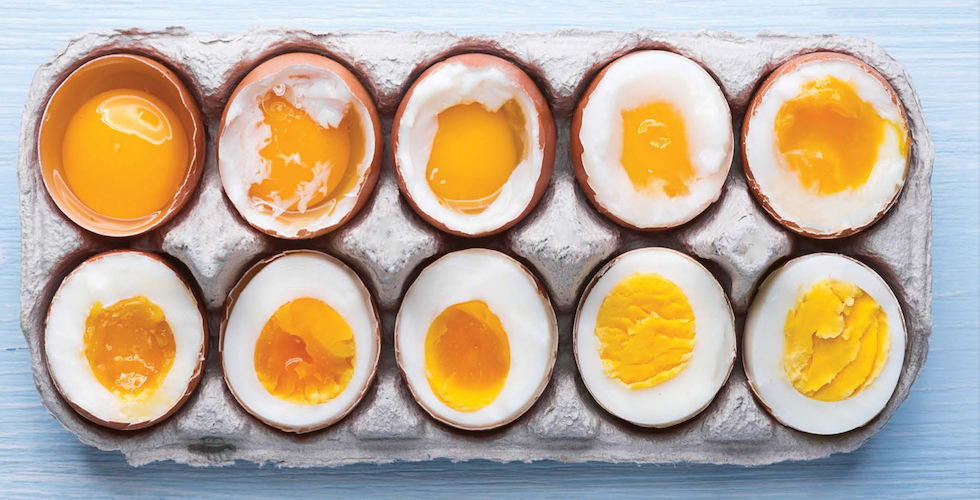 The History of Eggs and Julia Rutland’s Eggnog Recipe

Just in time for the holiday season, Julia Rutland, author of Eggs: 50 Tried & True Recipes, shares with us her recipe for Eggnog.

One of the earliest foods to be eaten by humans, eggs have been consumed from prehistory to the present day. Over the millennia, eggs have provided an important source of nutrition as well
as cultural symbolism. Until the mid-twentieth century, egg farms in the US were primarily family-based, backyard operations. Industrial advancement transformed small flocks into large commercial enterprises. Improved efficiency and sanitation led to increased egg production, but it also led to animal welfare concerns and adjustments to address them.

About 65% of commercially produced eggs are bought and used by home cooks. In the US, each person eats the equivalent of 286 eggs every year! (This doesn’t mean entire eggs, of course, but eggs used as ingredients in other products.) About 4% of commercial eggs are used by the restaurant (food service) industry, about 3% are exported, and the remaining 28% are used by food manufacturers to make a variety of products we purchase at grocery stores. In all, more than 260 million cases of eggs are produced each year.

This version of the holiday drink includes beaten egg whites to lighten up the texture. You can skip this ingredient for a richer drink. For an adult version, add a shot of bourbon, whiskey, or rum to the glass before pouring in the eggnog.

Combine milk, cream, sugar, and nutmeg in a medium saucepan over medium-high heat. Cook, stirring frequently, until hot but not boiling.

Cook, stirring constantly, until mixture reaches 160°. Remove from heat and stir in vanilla.