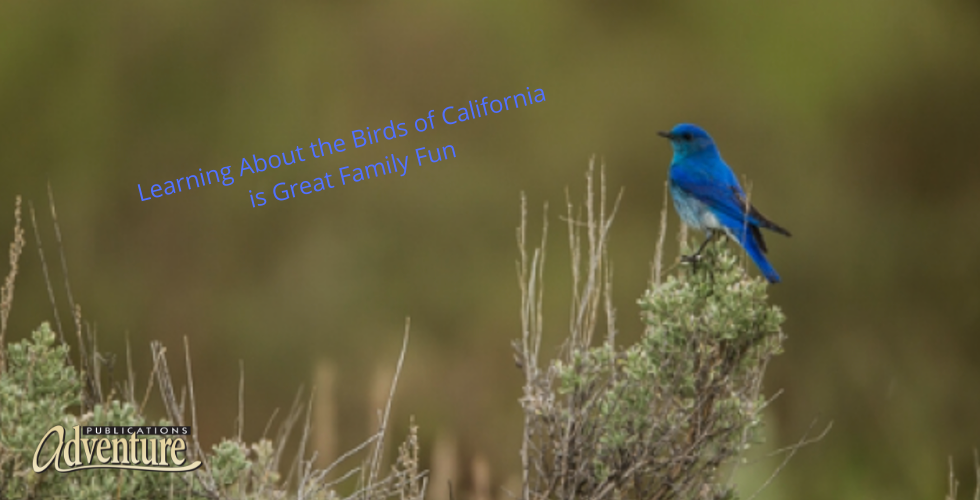 Learning About the Birds of Colorado is Great Family Fun

Kids will enjoy learning bout Birds in Colorado with Stan Tekiela’s book The Kids’ Guide to Birds of Colorado. It is a great family activity. Take your kids outdoors and try to spot and name the birds!

In the book, each bird gets a beautiful full-color photograph and a full page of neat-to-know information―such as field marks, calls/songs, a range map, and Stan’s cool facts―that make identification a snap. Today we take a look at five amazing birds of Colorado.

The European Starling is a tricky bird. It is shiny and iridescent purplish-black in spring and summer, speckled in fall and winter; it sports a yellow bill in spring and a gray one in the fall. It has pointed wings and a short tail. You will find the European Starling easily, though, as they line up with other starlings on power lines. They are found in all habitats but are usually associated with people, farms, suburban yards, and cities.

Their calls and songs are also tricky, as they can mimic the songs of up to 20 bird species. They mimic other sounds, too, even the human voice! They live in large family groups and gather with blackbirds in the fall. Their favorite diet is constituted of bugs, seeds, and fruit, so they love to visits seed and suet feeders.

Their cavity nests are filled with dried grass, and they often take over the cavity from other birds. The Mom lays four to six bluish eggs with brown marks. Mom and Dad sit on the eggs and feed the babies. They stay in Colorado over the winter but move around to find food.

Stan’s Cool Stuff: The starling is a mimic that can sound like any other bird. It’s not a native bird; 100 starlings from Europe were introduced to New York City in 1890–91. Today, European Starlings are one of the most common songbirds in the country.

What is gray-to-black with a duck-like white bill and red eyes? You guessed it right: the American Coot. You find them in large flocks on open water, and you can recognize their calls as series of creaks, groans, and clicks.

The American Coot bobs his head while swimming and takes off from the water, scrambling across it with wings flapping. They feed on insects and aquatic plants. Their nests are ground nests floating in water but anchored to plants. The Mom lays 9–12 speckled pinkish-tan eggs. Mom and Dad sit on the eggs and feed the hatchlings.

Huge flocks of up to 1,000 birds gather for migration, which takes place at night. Few spend the winter in Colorado. Most migrate to southwestern states and Mexico.

Stan’s Cool Stuff: The coot is not a duck. Instead of webbed feet, it has large lobed toes! It’s smaller than most other waterfowl, and it is a great diver and swimmer. You probably won’t see it flying, but you may spot one trying to escape from a Bald Eagle. It’s also called a Mud Hen.

The Osprey has a white chest, belly, and head, with a dark eye line. It is always found near water, from rivers to wetlands. The Osprey has a high-pitched, whistle-like call, often given in flight as a warning.

It can hover for a few seconds before diving to catch its favorite meal, fish. The bird carries its catch in a head-first position in flight for better aerodynamics.

Osprey build elaborate platform nests made with twigs on wooden platforms, man-made towers, or in tall dead trees. The Mom lays two to four white eggs with brown marks. The parents both sit on the eggs and feed the hatchlings. Their winter is spent in southwestern states, Mexico, and Central America.

Stan’s Cool Stuff: The Osprey is the only species in its family. It is the only raptor that plunges feet-first into the water to catch fish. Bald Eagles will harass it for its catch. At one time, it was almost extinct. It was reintroduced to many regions, and populations are now stable.

In open mountainous country, prairies, and fields you can find the Mountain Bluebird. The male is a sky-blue bird with a darker blue head, back, wings, and tail and a white lower belly. They have thin black bills. Females are tan with blue on the wings and tail.

The birds make a simple warbling “churr” sound, over and over. They perch while hunting, make short direct flights, and eat insects.

Cavity nests, including old woodpecker cavity nests, or wooden nest boxes that the Mom lines, are home to four to six pale blue eggs without markings. Mom sits on the eggs. Mom and Dad both feed the young. Mountain Bluebirds winter in Colorado, moving from higher to lower elevations; some migrate to southwestern states and Mexico.

Stan’s Cool Stuff: Not that long ago, bluebirds were in trouble because people cut down the dead trees bluebirds often use for their nests. Thankfully, bluebirds adapt well to nest boxes, and over the last 30 years, people have placed many of them, helping their populations recover.

Rarely away from water, usually at banks of rivers, lakes, and large streams, look for the Belted Kingfisher. The male bird has a broad blue band on a white chest and a ragged crest. The female bird has a rusty band below her blue band. Belted Kingfishers give a loud call that sounds like a machine gun rattling! Mates know each other’s calls. They feed on small fish.

The Belted Kingfisher builds a cavity in the bank of a river, a lake, or cliff. The bird digs a tunnel up to 4 feet long to the nest chamber where the Mom lays six to seven white eggs. Mom and Dad sit on the eggs and feed fish to their youngsters. During winter, most stay in Colorado; some, however, move south.

Stan’s Cool Stuff: Belted Kingfishers perch near water and dive in headfirst to catch fish. Parents drop dead fish into the water to teach their young to dive. Kingfishers have short legs with two toes fused together. This helps a lot when they dig (excavate) a burrow for nesting.

The Kids’ Guide to Birds of Colorado is a fun, easy-to-use guide for anyone interested in seeing and identifying birds. Fun bonus activities for the whole family, like building a birdhouse and preparing your own bird food, make this the perfect introduction to bird identification for a new generation of young birders. Order your copy here. If you enjoyed this post about the Birds of Colorado, sign up for our newsletter now!