Kathryn Houghton, author of Little Michigan, takes us on a tour of the village of Empire, the gateway to the Sleeping Dunes National Lakeshore.

One of the most popular tourist destinations in the state of Michigan is Sleeping Bear Dunes National Lakeshore. The park, which has over a million visitors annually, has been named the most beautiful place in America by Good Morning America. 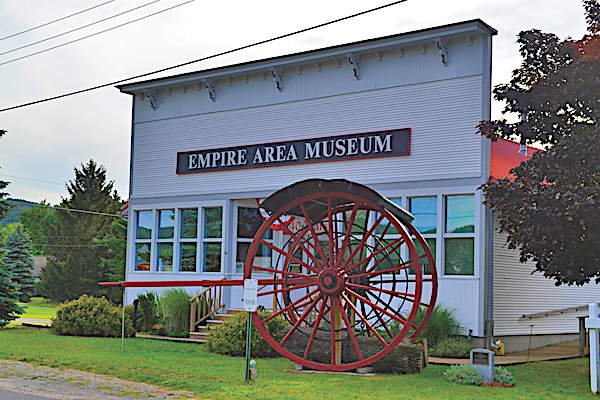 The park encompasses 35 miles of the Lake Michigan shoreline on the west coast of Michigan and also two islands. It includes 26 lakes, 12 miles of rivers, nearly 250 species of birds, and nearly 1,000 species of plants. Empire is the gateway to it all. It is the closest town to the park and also home of the Philip A. Hart Visitor Center for the dunes. 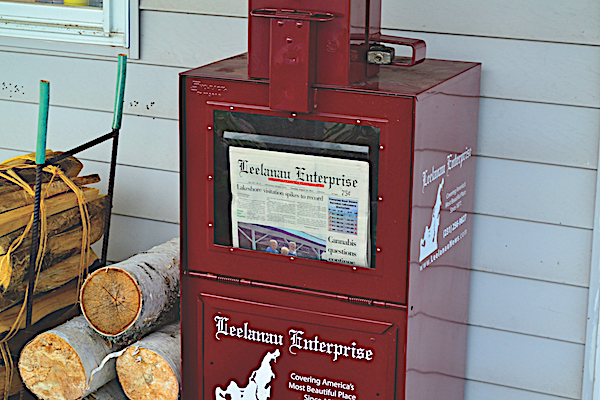 The first European settlers in the Empire area were John LaRue and his family. They came to the area in 1851 and were followed shortly after by Marvin La Core and George Aylsworth (sometimes spelled Aylesworth). LaRue became the town’s first postmaster in 1864.

In its early days, Empire was a lumber town. The first sawmill in the area was built in 1873 by Aylsworth, and a second sawmill opened around a decade later. The Empire Lumber Company bought that second mill in 1887 and added to the mill until it could produce 20 million feet of lumber per year.

With such a production of lumber coming from the area, planing mills were added to the village to finish the cut timber, and two docks were constructed on Lake Michigan. The lumber company also built a railroad that helped bring the wood they cut to their mills, and eventually that line was connected to the Manistee & Northeastern Railroad. Next, passenger service was added.

The sawmill burned down in 1906 but was rebuilt, as there were still a number of trees growing in the area. Still, with the turn of the century, the lumber industry began to slow somewhat, and farms began to spring up on the cleared land. When the mill burned for the second time in 1917, it was not rebuilt, and the local economy became one of agriculture. The farmers in the area grew mainly potatoes and fruit. Cherries were so prominent that in 1909 there were 16,000 cherry trees in Leelanau County.

Now, the economy in Empire has shifted again. While there are still many farms in the Empire area, tourism has been a big business since the Sleeping Bear Dunes National Lakeshore first opened in 1970. 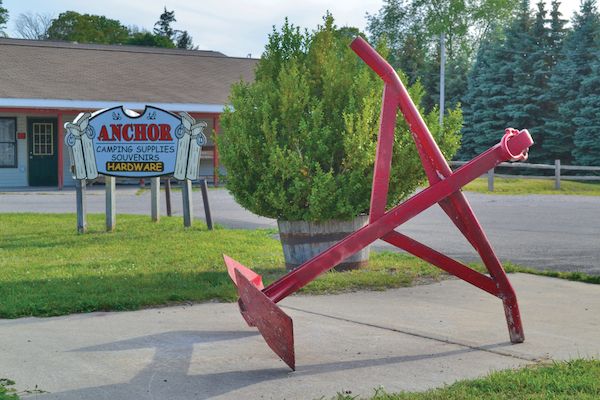 Empire is home to the Empire Air Force Station, an early warning radar system from the Cold War era. Starting in 1950, the 752nd Aircraft Control and Warning Squadron called Empire its home, as the radar station kept a lookout for any Russian bombers approaching from the Canadian Arctic or ICBMs approaching the United States. It was a top-secret operation with exceedingly strict security measures until it finally closed in 1978. At that point, the FAA started using the station for air traffic radar, though nowadays the site is largely operated by computers rather than human personnel.

Despite its small population, Empire can be a busy town, especially in the summer. The visitor center for Sleeping Bear Dunes is in the village, and there are places to rent bikes, surfboards, and kayaks. There are numerous inns and vacation rentals in the village. For food, there is the Shipwreck Café, Joe’s Friendly Tavern, the Empire Village Inn, Little Finger Eatery, and Tiffany’s Café. Grocer’s Daughter Chocolate is a local confectioner. 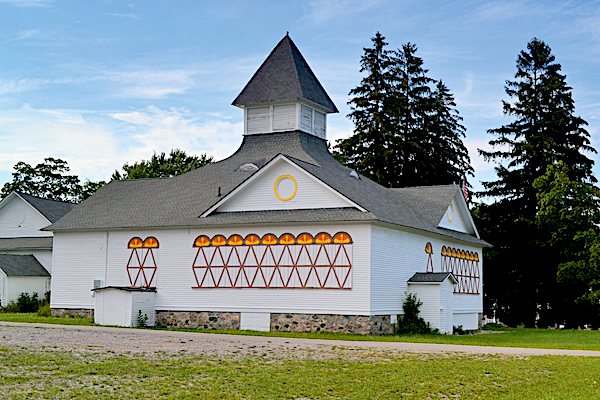 Shopping options are also available in the village, with stores selling everything from art and antiques to clothing and souvenirs. For the locals, there is a hair salon, a gas station, a bank, an insurance company, a self-storage center, an engineering consultant, and a hardware store. For services, there are village offices and a fire department. The village also has a historical museum. Churches in the area include a United Methodist church and a Catholic church.

If you enjoyed this post, sign up for our newsletter here.  You may also enjoy reading about the village of Ahmeek, home to the last manned lighthouse on the Great Lakes.