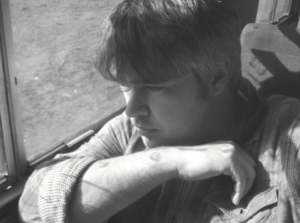 Jeff Duke shares with us an eerie encounter at the Rosehill Cemetery in Brookhaven, Mississippi.

Larry sat in his truck for a moment and finished his coffee and breakfast, basking in the warm air that was blasting from the old truck’s heater. He was not looking forward to being out in that bitterly cold air today. He enjoyed taking care of the cemetery. He wasn’t confined to some stuffy office and constantly having to deal with coworkers or the public in general. With this job, he was mostly on his own. As long as he didn’t give his boss something to complain about, he rarely saw him. But, on days like this, Larry wouldn’t mind being stuffed into a warm office somewhere.

As he sat and washed the last of his Egg McMuffin down with coffee, he noticed that one of the office lights was on. He was sure he’d turned it off before he left late yesterday afternoon. In fact, he was positive he’d turned it off. The door to the office was still shut and sealed with a padlock and the windows looked intact, so it was doubtful that anyone had broken in. And it’s not like there was anything to steal in there anyway. Maybe he’d simply forgotten to turn the light off. He’d noticed that the older he got, the more he forgot the little things.

Thinking nothing more of it, Larry tossed his breakfast wrapper on the floorboard of the truck and stepped out into the chilly morning. He immediately zipped his jacket all the way up and pulled his knit cap down farther so it covered his ears. It was definitely colder than when he’d left the house. He found himself hoping that it would rain. If it did start raining, he could either go back home or hang out around the little space heater in the office. Either option would be better than working outside today. 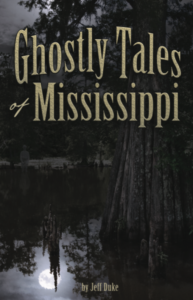 The early morning fog was still hugging the ground as Larry grabbed some tools from the back of his truck and made his way to the office door. Out on the cemetery grounds, the tips of tombstones peeked out through the low-hanging fog like little bleak mountaintops. Somewhere in the distant darkness, Larry thought he heard the low rumble of thunder.

“Come on, rain,” Larry said to himself as he fumbled at the office padlock with numb fingers. With the lock open, Larry stooped to pick up his thermos of coffee from where he’d set it on the ground when something out in the cemetery caught his eye and caused him to stand up straight.

Out among the tombstones and the fog was an old man. From what Larry could see, he was dressed in a neatly pressed suit, which was odd, considering the horrible weather. The old man’s hair was slicked back, and he had a large bushy mustache that looked well groomed and cared for. He stood perfectly still between two tombstones and stared silently at the office. If the old man saw Larry, he didn’t acknowledge him. He just stood there perfectly still, his face completely emotionless.

“We ain’t open yet, sir,” Larry called out to the old man. And then he muttered under his breath, “At least wait until the damn sun is up.”

If the old man heard Larry, he didn’t show it. He continued to stand perfectly still, with his eyes fixed on the office. Larry wondered if maybe he was one of those elderly people you see all the time on the news whose mind isn’t what it once was and who had wandered off. Maybe the guy had dementia?

“You . . . you need some help, sir?” Larry yelled as he started walking to the man. “Hello? Sir, can you hear me?” As Larry approached, the old man’s head turned ever so slightly, as if he’d just noticed the caretaker walking towards him. And then he vanished. He didn’t turn and walk away into the fog. He didn’t back into the fog. He just slowly faded away until he was gone.

Larry stopped in his tracks and tried to process what he had just seen. He was completely alone in the graveyard now. There was no trace of the old man who had just been standing there. In the distance, there was another lazy, low rumble of thunder, louder and closer than the one before. There was a faint rattling noise that Larry couldn’t place until he realized that it was the sound of his wedding ring tapping against his metal thermos; he was shaking.

After a few moments of stunned silence, Larry muttered something about the chances of rain and walked back to the office in the dull gray morning light. He snapped the padlock back on the front door and got back into his truck. He was the caretaker here at Rosehill Cemetery, and an old cemetery like Rosehill needed a lot of care.

But today, Rosehill would have to take care of itself, he thought, as he started the truck and drove through the fog, down the winding path, and toward home.

About the author: Jeff Duke was raised in Tupelo, Mississippi, and began writing at an early age. He formulated a love for all things horror after spending untold hours in detention with books by Stephen King and H.P. Lovecraft. In college, he studied creative writing under Barry Hannah at the University of Mississippi and under Dr. Price Caldwell at Mississippi State. Although he mainly writes Southern-style “grit lit” these days, he still enjoys writing about horrible things that go bump in the night. Jeff currently resides in Austin, Texas, with his dog, Boone; his cat, Gabbers; and his wife, Angelica, who he thinks is way out of his league.