Stan Tekiela shares with us the amazing natural phenomena happening each spring in South Central Nebraska, when millions of snow geese—and half a million sandhill cranes—gather.

A magnificent natural event happens each spring along a very special river in South Central Nebraska. The Platte River starts out as two smaller branches, the northern branch originating in the mountains of Wyoming and the southern branch in the mountains of Colorado. Separately, these tributaries carry snowmelt from last winter’s storms, high up in the Rocky Mountains. On their own they are magnificent rivers, but, when they join together in western Nebraska to form the Platte River, they become a life force that supports millions. 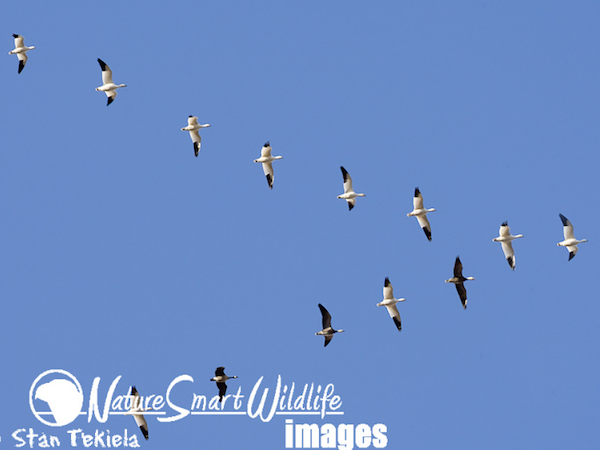 For at least 10,000 years, this river has hosted millions of migrating birds each spring. The river was once super wide and shallow. Early pioneers described the river as a mile wide and an inch deep. Today it’s maybe a quarter-mile wide in most places. But this is exactly why all of these birds stop along this river. It provides food, and the shallow water provides a safe place to spend the night.

Each spring, along a 60-90 mile stretch of the Platte River, over a half  million sandhill cranes and several million snow geese gather as they migrate northward to breeding grounds well north of Nebraska. The river serves as a resting and staging place. A place to eat, relax, and fatten up in preparation for the long journey ahead. During the day, the cranes and geese are in the surrounding countryside feeding. At night, the birds roost in the shallow water, which provides a level of safety from land-based predators such as coyotes, bobcats, and foxes.

For the past 30 years, I have made my own migration of sorts, to the banks of the Platte River to commune with nature. To see, hear, and feel millions of winged wonders as they move within the environment and do what they have been doing for thousands of years. Witnessing this really brings me a sense of primal fulfillment.

This year (2018), I led a group of intrepid birders and photographers to experience the migration. But this experience was slightly different. In the last two years (2016-17), there were record-setting numbers of sandhill cranes. An astonishing 400,000 cranes were roosting along the river while I was there with my groups. I’ve never seen it with so many cranes. It was crazy. But something was missing and it didn’t feel right. There were no Snow Geese to be found!

Normally, several million Snow Geese would share the river with the cranes and countless ducks. But in the last two years there were none. The cranes were amazing, but the full experience was diminished by the lack of geese. 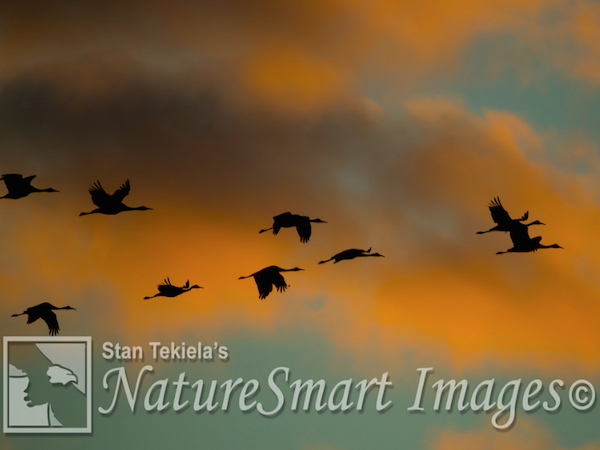 That was not the case this year. Over the course of four days, we saw more snow geese than we could count. Individual flocks were numbering over 10,000. Often we could see what looked like dark clouds on the horizon, which, of course, were tens of thousands of Snow Geese flying. Seeing all of these geese was amazing, but hearing them was even more thrilling. As you can imagine, a gathering of thousands of geese is loud.

Snow Geese come in two color plumages called morphs. I know the word morph seems like it means they change color, but this is not true. They are one color their entire life, never changing. There is the white morph, which is pure white except for black wing tips, and the gray or blue morph, which is bluish gray except for a white head, neck, and tail. Both color phases have pink bills and orange-to-red legs and feet.

The snow geese are migrating along the central flyway on their way northward to Canada and Alaska, with a few jumping over the Bering Straits and making their way to Siberia after spending the winter in south Texas, Arizona, New Mexico, and Mexico. 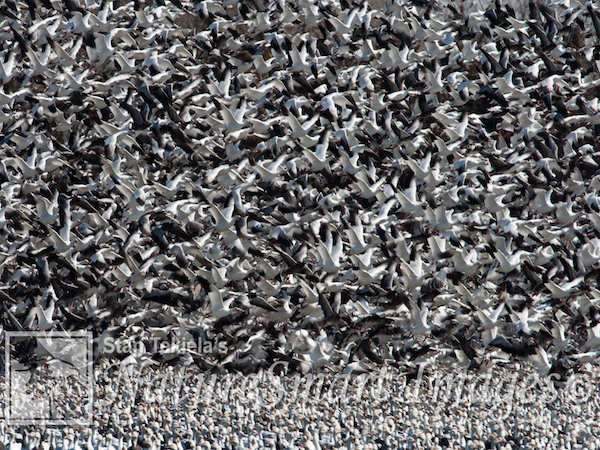 Seeing and hearing this number of migrating birds is an amazing natural experience; until you are standing there with a cloud of geese or cranes filling all of your senses, it’s hard to explain. I hope you get a chance to see it yourself.