Bean and Bear Lakes: A Best-Kept Secret of the North Shore

Join Kathryn and William Mayo on a visit to the Bean and Bear Lakes, one of the destinations featured in their book 61 Gems on Highway 61.

The wonderful thing about living on the North Shore is the ability to set out on an adventure straight from the back door. Jaunts out to explore a path, a road, or a stretch of shore fuel our excitement for being alive, and that’s the real story behind how 61 Gems on Highway 61 came to be: We were just taking pictures and writing down what we were finding on our frequent day trips along Lake Superior. 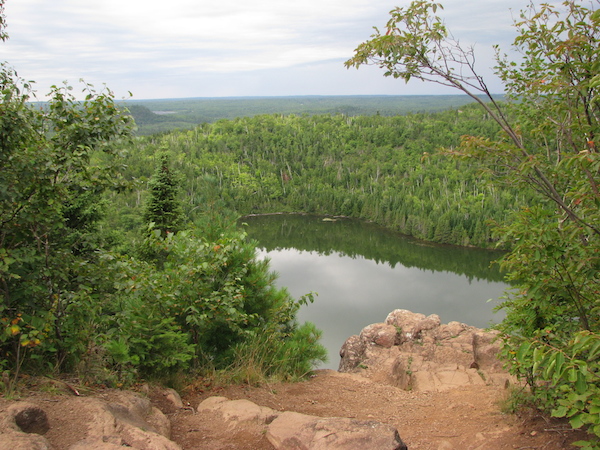 There is a backstory to the Bean and Bear Lakes, and we know from our own experience that the few words we include for one of the 61 sites are only the tip of the iceberg of what waits to be discovered in this endlessly amazing part of the world. 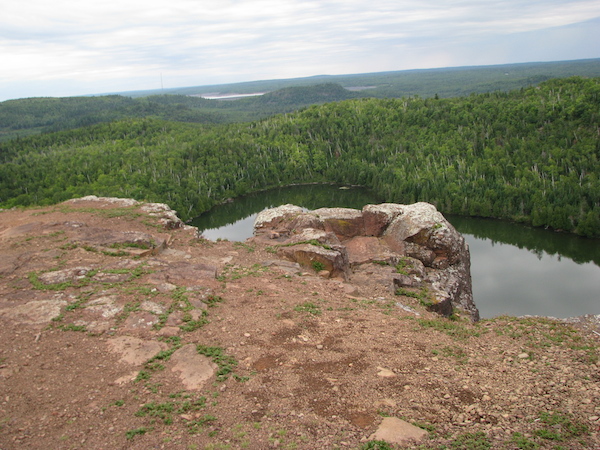 Years ago, a friend who grew up in Silver Bay mentioned Bean and Bear Lakes to us, saying it was his favorite secret place in the area. It is off the beaten path, but Bill finally got in to the tiny valleys by snowmobile to fish the Twin Lakes a few winters back. The fish were not biting that day, but he was impressed with the terrain and wanted to get back during hiking weather. 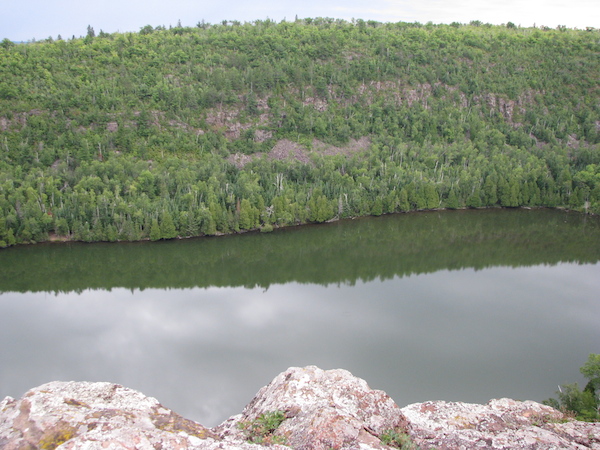 The time came to finally give Bean and Bear Lakes their due in the revision of 61 Gems, but Bill was laid-up and Kathryn had to hike it alone to get the lay of the land. It was thrilling at first, but it was daunting as the miles wore on and the terrain was never able to make up its mind about which way it was going. A massive July thunderstorm made its way up the shore during the last mile out, and lightning strikes to the beginning of the Sawtooth Mountains in the distance were a clear reminder that she was standing on another part of that same mountain range and the excitement was moving that way.

Fat raindrops and electricity in the air made for a hasty exit, but it just added to the thrill of chasing a trail with jaw-dropping views. We will be out there in all the weather again!

Information on the book and authors is found here. For more stories about amazing travel destinations sign up for our newsletter now!