Paleoart is Where Imagination Meets Science

in Dinosaurs
by Liliane Opsomer
0 Comments

James Kuether, author of The Amazing World of Dinosaurs: An Illustrated Journey Through the Mesozoic Era, has created paleoart that is at home in galleries and private collections around the globe. Here is his take on how we picture dinosaurs.

The Dinosaurs, or as they are more formally known, The Dinosauria, have filled us with wonder, amazement, and excitement for thousands of years. Ever since the first monstrous bones were pulled from the earth, we’ve constructed myths and legends and stories to explain them. Once science got involved in the early nineteenth century, the struggle was to explain these creatures with modern analogies. They were first dubbed “terrible lizards,” and the idea soon caught the public’s imagination. 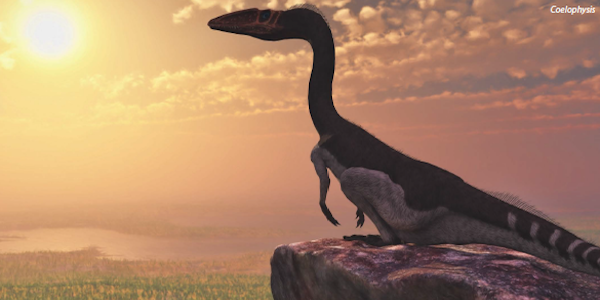 In 1852, life-size re-creations of dinosaurs and other prehistoric creatures were installed in London’s Crystal Palace Park. This was the first large-scale dinosaur art ever produced and represented the cutting edge of scientific thinking. In the Crystal Palace sculptures, dinosaurs are depicted as gigantic, lumbering, sprawling lizards.

Today, we know that dinosaurs are much more than sluggish lizards,
and we’ve come to understand that no living analogies for these great creatures exist. We can point to no living model to show us how Brontosaurus moved and fed and breathed, or to tell us whether it was warm- or cold-blooded, or something else entirely. Now you might think that since we’ve come to accept that birds are descended from dinosaurs, there should be an analogy there, right? But there are no seven-ton birds frequenting our backyards to give us an idea of how Tyrannosaurus raised its young, built nests, or for us to estimate just how fast it could run. 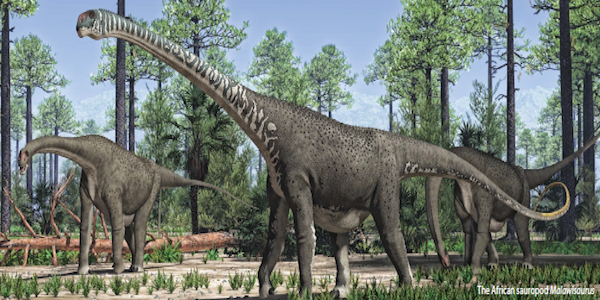 No creatures alive today can match the architectural perfection of Diplodocus, with its balanced, dual-beamed design, or the size, athleticism, stealth, and power that made Allosaurus the perfect hunter. Dinosaurs weren’t just rampaging monsters. They were living, breathing animals that had moments of great power and ferocity but also periods of quiet beauty.

In recent years, science has made remarkable strides, analyzing dinosaurs at the microscopic level to gain a better understanding of how they functioned. We can examine isotopes stored in fossilized bones and estimate how much time an animal spent in water and what it ate. We can identify fossilized pollen grains contained in coprolites (fossilized animal droppings) and determine what plants they ate (but not necessarily who left the dropping). By analyzing the damage done to neck vertebrae and skulls, we can get an idea of how a Tyrannosaurus fed on a Triceratops. Sometimes we get really lucky and find a dinosaur that has soft-tissue remains—imprints of skin or feathers, or even the remains of its last meal fossilized in its stomach region, or, even rarer, fossilized remains of its internal organs. In these cases, we gather a lot of information about what dinosaurs looked like, how they fed, and how they functioned. Technology can help too; computer simulations can approximate dinosaur postures and help us project how dinosaurs walked and moved—and these simulations are interesting, informative, and convincing—but without the actual, living animal around to observe, they’re ultimately mere conjecture. 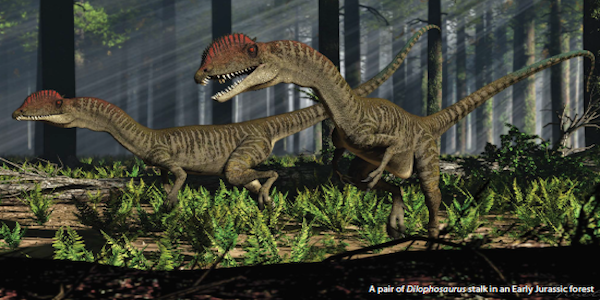 And all of this research doesn’t tell us how dinosaurs behaved or how they interacted with their environments or with the other animals in their ecosystems.

For that, we need our imaginations.

The best paleoart (the term we use for reconstructions of extinct animals) is based on good science, and a great deal of discipline goes into making sure that the artwork accurately reflects current knowledge. But good paleoart also relies on the artist’s imagination to bring these magnificent creatures to life. It’s easy to understand why: We don’t know what color most dinosaurs were, or if they were striped or spotted or one single color. Science can’t tell us how dinosaurs fought with each other or how it looked when Tyrannosaurus went for a swim. There aren’t many scientists figuring out what an Edmontosaurus looked like when it took a nap or how the sun glinted off its beak at sunset. But by speculating—taking the facts we have and extrapolating—we can make an educated guess as to what could have been. We might not always be right. In fact, it’s a foregone conclusion that, for the most part, we’ll be wrong. As proof, consider the famous paleoart murals produced by Charles R. Knight and Rudolph Zallinger. Even though they were painted nearly 100 years ago, they still decorate major museums, and the dinosaurs they depict are tail-dragging, awkward beasts. 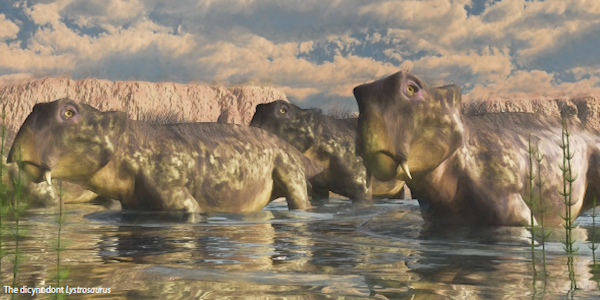 The sauropods in the murals are shown in water, as early paleontologists assumed that was the only way these beasts could have supported their immense weight. Similarly, scientists generally held that dinosaurs were cold-blooded, slow-moving creatures that lacked social structures and maternal care. Today we know that many of those assumptions are wrong, but those murals are still up on the walls because they inspire us. As clumsy as those recreations appear now, they still manage to evoke a sense of awe and reverence. They spark our imagination to think about these ancient landscapes and the animals that lived there, and they inspire us to want to know more. And it’s there, at that intersection where imagination and knowledge meet, that science can leap forward and great discoveries can be made.

Find out more about James Kuether here. Stay informed about all our books and sign up for our newsletter now!