The Northern Goshawk, a Secretive Bird

In today’s post, naturalist and photographer Stan Tekiela shares with us the secretive world of the northern goshawk.

On a trip to Northern Minnesota for the annual raptor migration, a good friend and licensed raptor bander had captured a juvenile northern goshawk as part of his ongoing research project. I had a group of 14 bird watchers with me, and we had a wonderful chance to see and learn about this remarkable raptor. Not only could we see it up close, but we got a chance to hear it call—a rare opportunity.

The northern goshawk (Accipiter gentilis) is a member of the accipiter group of hawks. It is closely related to the sharp-shinned hawk and the more familiar cooper’s hawk, which is found in many of our backyards. These hawks are known for their short powerful wings and extra-long tails that help them zip through dense forests while chasing birds, such as the ruffed grouse, as well as mammals, such as snowshoe hares. 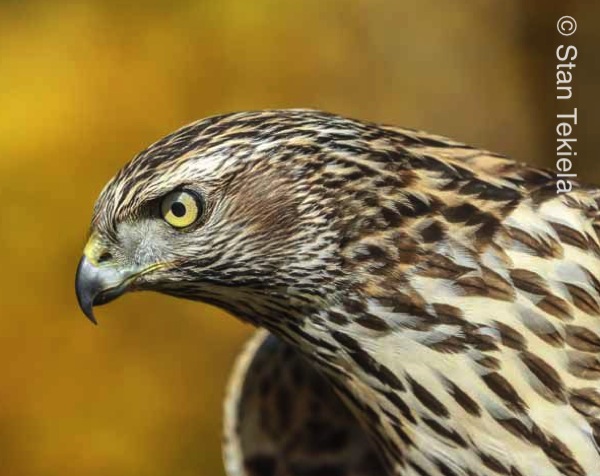 Goshawks hunt by perching and watching for movement. They surprise prey with their amazing speed, which is called ambush hunting. They fly through the woods at high speeds and slip through narrow openings between tree trunks and branches without hitting a single twig. They  will surprise an unsuspecting bird, sending it flying—and then the goshawk will snatch it right out of the air. Or they will scare up a snowshoe hare and give chase before pouncing.

Northern goshawks are secretive birds that prefer large tracts of unbroken forests. They live mostly in the great North Woods (conifer forests). Goshawk populations are known to follow the ups and downs of grouse and hare populations. (It’s a well-known fact that snowshoe hare populations cycle up and down on a 10-year period.)

Females are larger than males. The smaller males are more agile and hunt for smaller prey, tending to concentrate on smaller birds. The females hunt for larger prey.

Females usually start to breed around 3 or 4 years of age and are well known for aggressively defending their nests by dive bombing and striking anyone or anything that approaches too closely. Juvenile goshawks are brown with vertical streaks on the chest, dark bands on the tail, and yellow eyes. The adults look completely different, with fine horizontal streaks on the chest, a bluish gray back, and upper wings. They have a prominent white eyebrow and red eyes.

After this juvenile goshawk was banded, it was ready for release. Great care was taken to make sure no feathers were damaged during the banding and releasing process. We released the hawk at the edge of the forest. The split second it was released, it turned and bolted right into the safety of the woods to continue on its migration. Having this up-close experience was a great way to learn about these hawks. 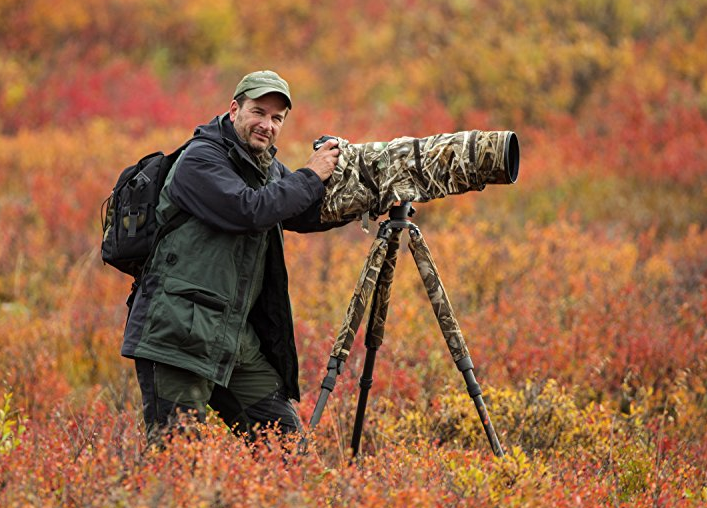