In today’s post, Stan Tekiela shares with us his study of a pair of Red-headed Woodpeckers.

Recently, I had a wonderful opportunity to study and photograph a pair of Red-headed Woodpeckers nesting in an old tree and feeding their young. All of this happened because a reader of this column gave me a shout to share the exciting news of this cool woodpecker.

According to the Audubon Society’s Christmas Bird Count data between the 1950s and 2010, the population of Red-headed Woodpeckers has dropped dramatically. Over 80 percent of the population has died out in just over 50 years. And we continue to lose approximately 2 percent each year. If this trend continues, we could see this bird become extinct within a couple of decades.

The reason behind this decline is not understood. Many are quick to blame loss of habitat. While it is true that we have had a decline in mature tree habitat, no conclusive study indicates this to be the cause. I would point to the fact that the Red-bellied Woodpecker population is exploding across the country. If it were truly a habitat issue, it would affect both species equally. 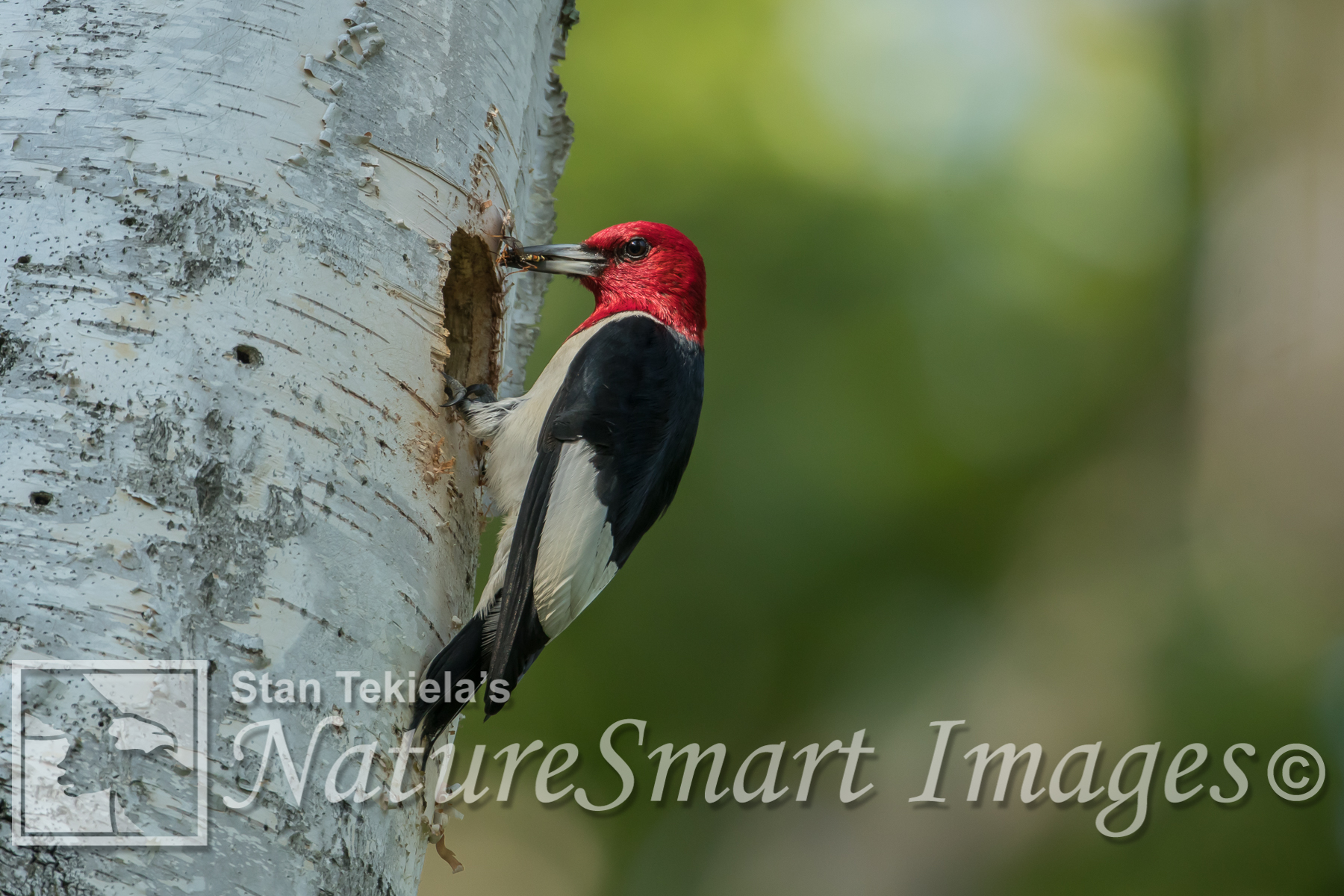 Competition with European Starlings for the nest cavity has also been implicated in the decline of the Red-heads. While this could be a factor, the population of the European Starling is also dropping across the country at the same time. Also, if the starling usurps the Red-head, the woodpecker can always excavate a new cavity.

It has been proposed that Red-headed Woodpeckers are habitat specialists and require the very unique Oak Savannah. The argument goes that as Oak Savannah habitat is reduced, so goes the woodpecker. I maintain that this particular habitat was never very large, and perhaps the reason why we find Red-heads in this habitat now is because it’s the last holdout for them. All you need to do is ask anyone over the age of 50 who grew up on a farm if they remember Red-headed Woodpeckers, and they didn’t have Oak Savannah habitat.

Over the past 30 years of studying and photographing Red-headed Woodpeckers, the vast majority have not been in Oak Savannah habitat. In fact, the nest I was photographing recently was in a dead birch tree in a mixed deciduous forest.

There are more than 200 species of woodpeckers in the world, but only 4 species cache food. Caching food is a process of storing nuts, such as acorns, in a cavity for later consumption. This might be a clue. For example, the number of nut-bearing trees has declined dramatically over the past 100 years. Oak trees, hickories, and beeches have declined, and the American Chestnut is completely gone. Whether or not this is the cause of the decline is unknown.

Red-headed Woodpeckers are remarkable, and I always feel honored to be able to see and film these birds. If you have a nest in your yard, no matter how common the species, give me a shout. You never know—I might come visit.