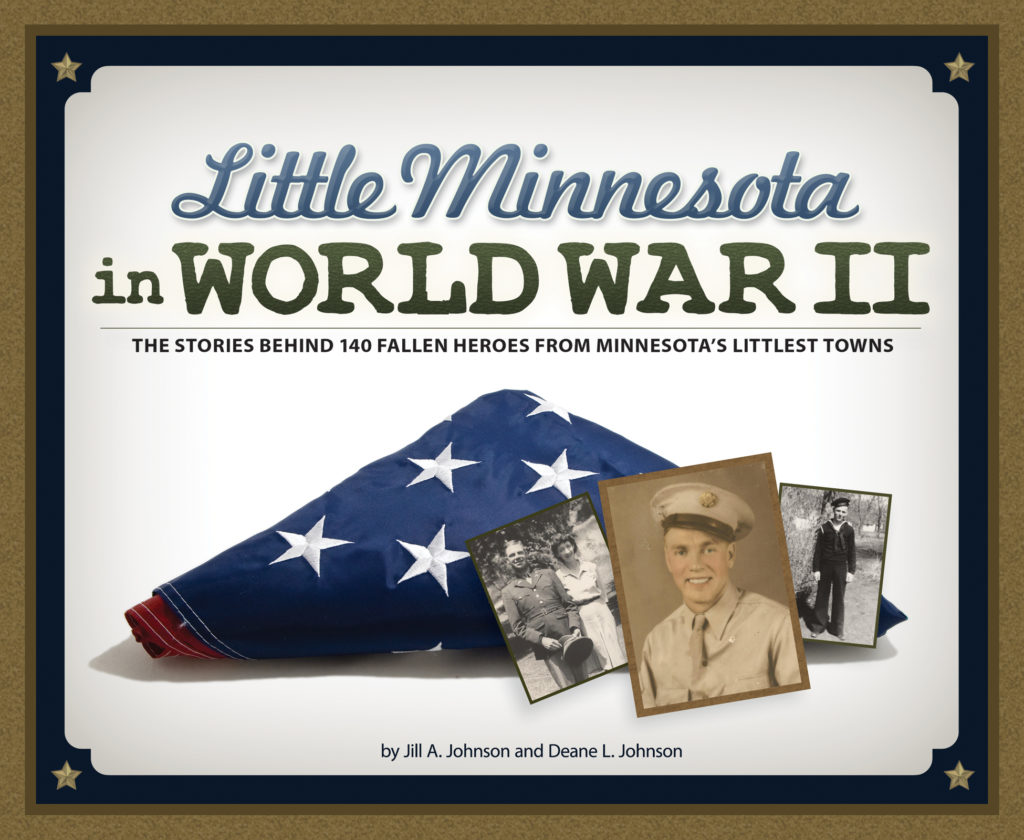 Why is World War II so compelling? Is it because there were so clearly “good guys” and “bad guys?” Is it because we came together as a country—as a world—and vanquished evil? Whatever the reasons, the Second World War is source material for countless books and movies. These stories are almost always dramatic and entertaining, but for the most part, they allow us to keep the tragedies of war at arm’s length. However, a new Minnesota history book changes that. Little Minnesota in World War II takes those tales of valor and heroism and makes them real. It is powerful and moving, without trying to be either.

The concept behind this coffee-table book is brilliant. Authors Jill A. Johnson and Deane L. Johnson came up with it while working on their first book, Little Minnesota, in 2011. That project brought them to many of the smallest towns in the state, where they were moved by stories of local heroes who died in the War Against Hitler. They decided that their follow-up book would spotlight the biggest World War II heroes from the smallest towns in the state. The result was a Minnesota history book that features 140 brave men who died in combat.

Each page features a different soldier. In most cases, we get to see a photograph of the young man, as well as a map that shows where he lived. His name, rank, birth and death dates are followed by a factual account of his role in the war and the events that led to his death. For example, we learn that Aaron Luverne Johnson from Dovray served aboard the USS Houston and went fishing with President Roosevelt. Of Johnson’s tragic demise in World War II on February 4, 1942, we read this:

His dream of returning home to farm ended during the Battle of the Flores Strait, also known as the Battle of Makassar Strait, in the Java Sea in the Dutch East Indies… The USS Houston… was struck by a large caliber bomb just forward of the after turret. This did considerable damage in that it disabled turret three, killed 48 men and wounded approximately 20 more. Shipfitter Fireman Third Class Aaron Luverne Johnson was one of those killed aboard the USS Houston. 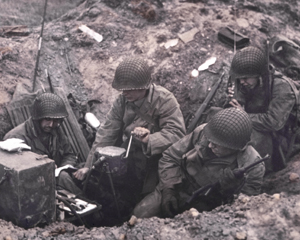 The Minnesota history book is a fascinating collection of facts about World War II, recounting major battles and “minor” skirmishes—although none are minor in this coffee-table book. Every conflict means another lost life. And that’s what makes this such a special read. The men become more than names on a page or statistics in a war summary. We look into each soldier’s eyes. We learn about their lives. These are real people who died too young, and we mourn each loss as we imagine the lives that might have been.

This is an essential read for any fan of Minnesota history. Even if you live out of state, you’ll be moved by the stories of 140 men who sacrificed everything so that freedom could reign.