Stan Tekiela, author of Backyard Birds: Welcomed Guests at our Gardens and Feeders, shares with us how truly amazing bird eggs are.

All of the nourishment and water to support the growing chick are within the egg when it is laid. The unique design of the eggshell allows air to enter and exit yet prevents water from doing the same.  An eggshell is remarkably strong but lightweight. The arching shape is the secret to its strength and prevents a sitting parent from crushing it. In one experiment, chicken eggs placed in their normal horizontal position withstood more than 90 pounds! The same eggs placed in an atypical vertical position were only able to handle 50 pounds. 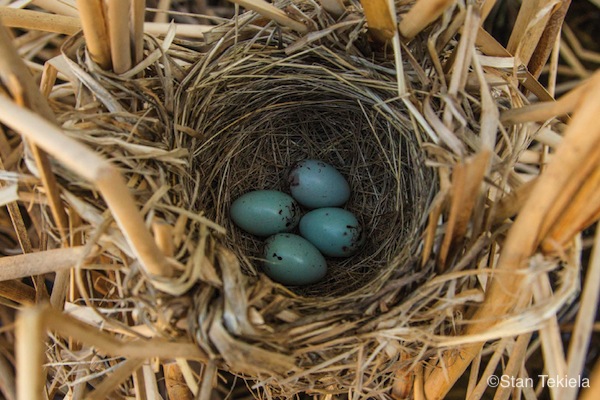 Female birds can produce only one egg per day or every other day during the nesting season. The first day a mother bird is ready to lay an egg, she sits on her nest and produces the egg in a quick process of a few seconds to a couple of minutes. Because she doesn’t have a full clutch of eggs in the nest yet, she leaves the nest with the single egg unattended. The next day she returns and lays a second egg. The day after that, she lays a third, and so on until she has laid the entire clutch. Eggs in the nest during the period of egg laying are not incubated or protected by the mother. People who notice a nest in their backyard at this time may see one or two eggs and figure the nest has been abandoned. But this is just a natural event before it becomes filled with a family of lively birds. 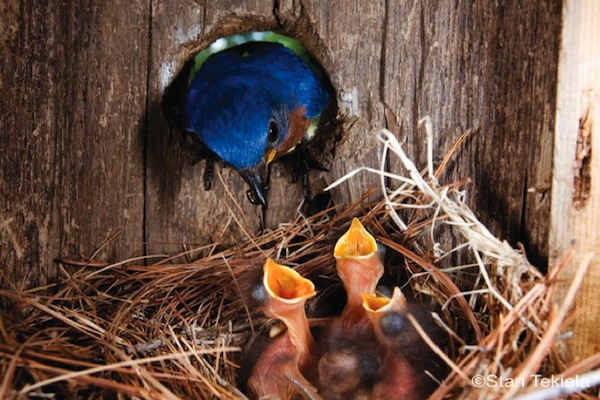 Egg incubation is incredibly short. In many backyard bird species, babies go from a few cells to fully formed baby birds in just a couple of weeks. Birds make incubation look easy. However, during the incubation period, the eggs must be kept at the proper temperature and humidity. In addition, they need to be turned many times an hour. In many species, both the males and females take turns incubating. In some species, such as woodpeckers, the males do slightly more incubating and all nighttime duty. In other species, the females do 100 percent of the incubation. 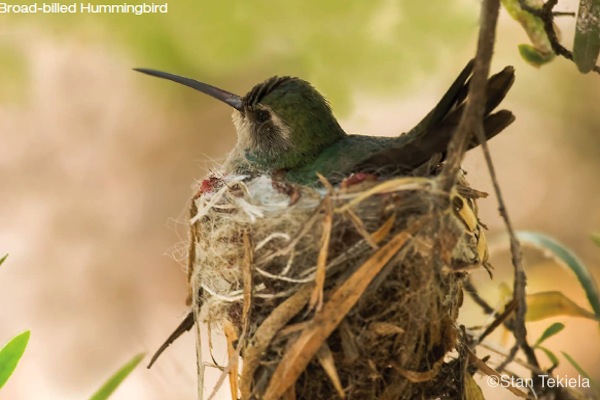 Hatching might seem like a simple process until you consider it from the chick’s point of view. By the time a baby bird is ready to hatch, it has grown so large that it completely fills the egg chamber. Its head and beak are tucked tightly against its chest, with no way to lift its head. Its legs and feet are folded up tightly against its body. The chick inside the egg is essentially in the fetal position, making moving around difficult. So how does the chick get out?

Just before hatching, young birds develop a short, pointed, calcareous structure at the top end of the upper bill, called an egg tooth. The chick presses the egg tooth against the shell and starts to rotate slowly around inside the egg, inscribing a thin line around the entire wide end of the egg. The inscribed line eventually cuts through the eggshell, and the chick is able to break free and emerge. 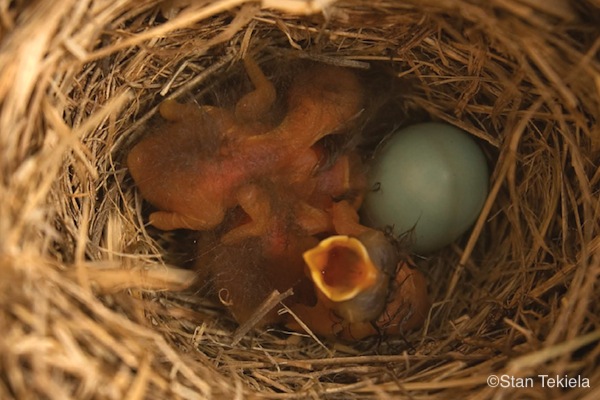 Depending on the species, when baby birds hatch, they are either blind, naked, and helpless (altricial), or their eyes are open, they are covered in downy feathers, and they can walk or swim (precocial). Most backyard birds are altricial and need tending by their parents for several more weeks. Species like ducks and geese have precocial chicks that are ready to leave the nest after hatching. Most of our backyard bird babies can’t keep themselves warm because their thermal regulating system isn’t working yet and they don’t have any feathers. So the parents sit on the babies to keep them warm. 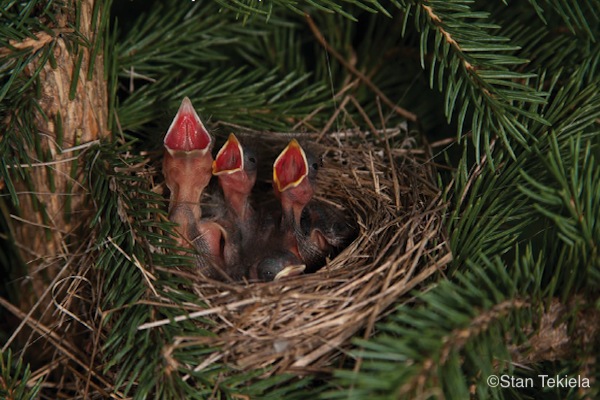 Most backyard birds spend around two weeks in the nest after hatching. This is known as the fledging period. At this stage, the babies are growing quickly but are unable to fly. They spend most of their time sleeping and waiting for the parents to bring something to eat. There is a burst of activity as the siblings squabble for the food. This is a very vulnerable time for these young birds, as they are often snatched from the nest by a variety of predators. When they are ready to leave the nest, they are officially called fledglings. 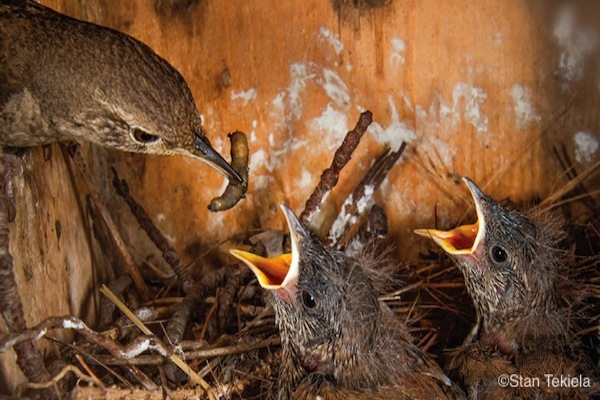 Chicks Out and About!

When our backyard bird babies leave the nest, they often can’t fly very well. Although they can fly a couple of yards or so, they can’t sustain flight. Homeowners may find these birds walking around on the lawn or hiding in the garden at this time, but this is normal behavior. There is no need to pick them up to bring them to a bird rehabilitation clinic. 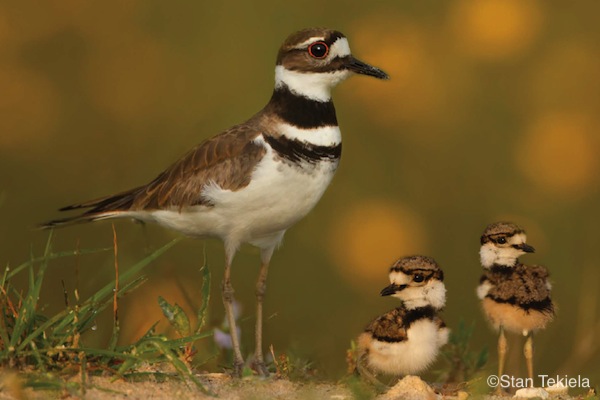 While the chicks are out and about, the parents are gathering food. They will find and feed their babies when they return, even if they’re scattered across your yard.