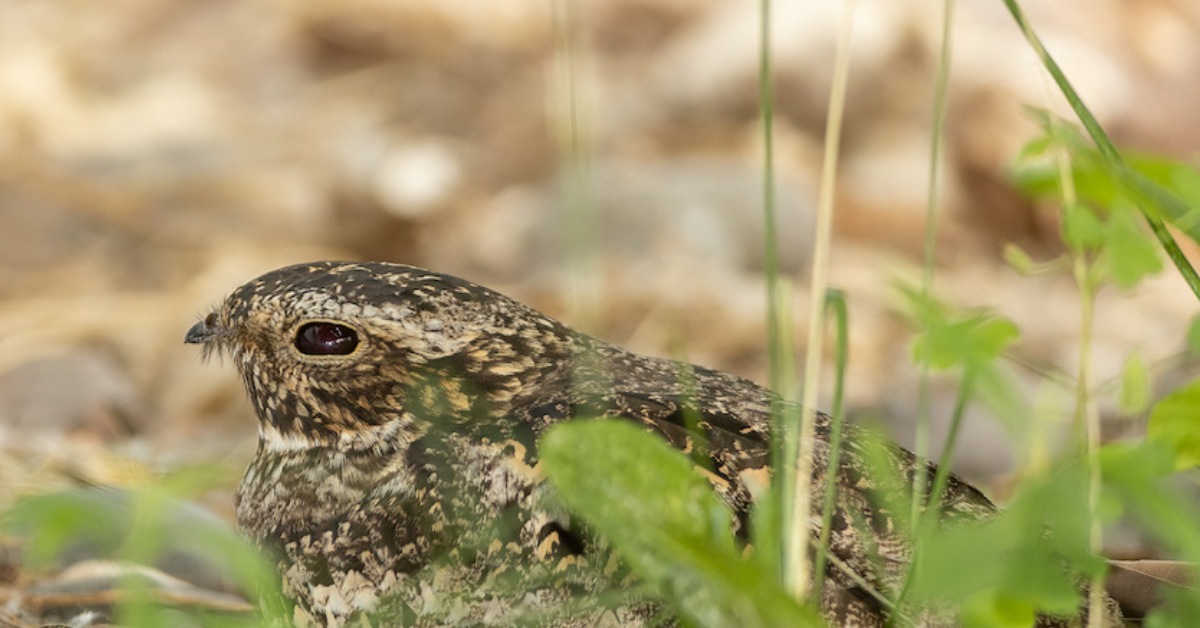 The Common Nighthawk Dances in the Evening

The Common Nighthawk (Chordeiles minor) is the most widespread of the three species of nighthawks found in America. They are closely related to Whip-poor-wills, which might be slightly more known than the nighthawk. But it wouldn’t surprise me right now if you hadn’t heard of either of these birds. Its Genus name Chordeiles is Greek and translates to “dancing in the evening” and perfectly describes the nighthawk’s erratic flight at dusk, about 20 minutes after sunset, as it hunts for flying insects. And this erratic flight, combined with a loud peenting call, is just about the only thing that most people know or experience with this bird.

These birds have an exclusive insect diet, so they are called insectivores. When perched, they superficially look like a thin owl species that is leaning forward. Like owls, they have small beaks. However, when one opens its mouth to catch a bug in flight, it reveals a vast opening called a gape. They don’t use their beaks to catch insects, so it makes sense that their beaks are small while their mouths
are large.

The name “nighthawk” was first recorded in the King James Version of the Bible in 1611 and was initially used for a European nighthawk. It was later used in America in 1778 for our Common Nighthawk, and the name stuck. Our Common Nighthawk is NOT very common but can be found in nearly every state and much of Canada. However, just because it is widespread doesn’t translate to a well-known and familiar bird. By nature, this bird is crepuscular. This means it is active only in the dusk of the evening, after the sun has set but before it gets dark, and again in the morning just as it’s getting light. It has filled the niche of hunting at the shoulders of daylight.

The Common Nighthawk is about 9 to 10 inches long or about the same size as an American Robin. So they are not huge birds, but they have very long wings, approximately 24 inches (2 feet), compared to only 15 to 17 inches for the American Robin. The extra-long wings should indicate how vital flight is for this aerial hunter. They fly with rapid wingbeats, and since they are catching insects in flight, they need to be fast and agile enough to turn quickly and snatch a bug from the air.

I was so happy when a reader of this column contacted me about a Common Nighthawk nesting on a patch of gravel in his yard. When I first arrived, I was shocked to learn the bird was in the front yard. I assumed it would be more hidden or tucked away, but nope, it was right out front. These birds depend upon camouflage to roost all day long without being disturbed, so it wasn’t a surprise that it took me a few seconds to spot the nighthawk sitting motionless in the rocks when I first arrived. I planned for my arrival to be about an hour before sunset, so I could see the bird on the nest and also see it leave the nest after sunset to go out hunting. The plan worked out well. I captured some images of the bird on the nest, and shortly after sunset, the bird took off, revealing the egg it was sitting upon.

Another amazing aspect of these birds is that they can capture enough insects in just an hour or two that will last them for the next day!