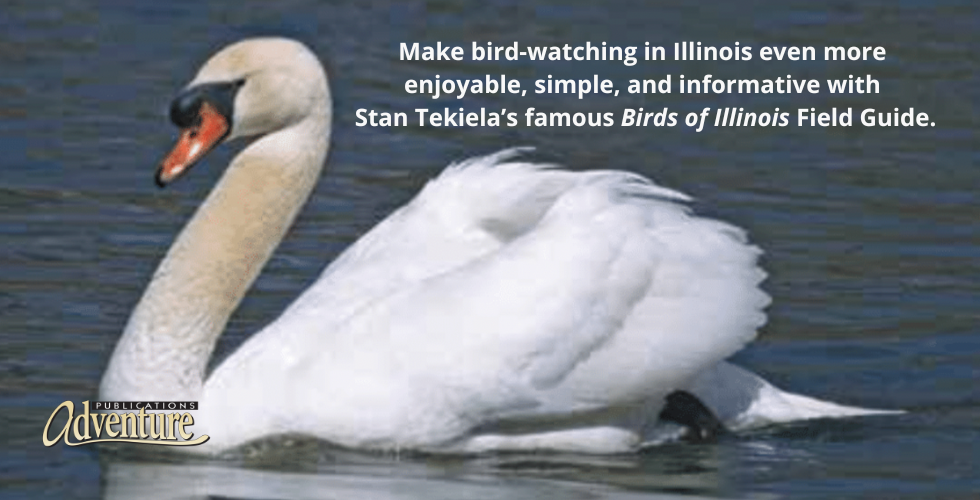 Make bird-watching in Illinois even more enjoyable, simple, and informative with Stan Tekiela’s famous Birds of Illinois Field Guide. There’s no need to look through dozens of photos of birds that don’t live in your area. This handy book features 117 species of Illinois birds organized by color for ease of use. Full-page photographs present the species as you’ll see them in nature, and a “compare” feature helps you to decide between look-alikes.

Millions of people have discovered bird feeding. It’s a simple and enjoyable way to bring the beauty of birds closer to your home. Watching birds at your feeder often leads to a lifetime pursuit of bird identification. The Birds of Illinois Field Guide is for those who want to identify the common birds of the Land of Lincoln.

There are more than 1,100 species of birds found in North America. In Illinois alone there have been more than 440 different kinds of birds recorded over the years. These bird sightings were diligently recorded by thousands of bird-watchers and reported to the Illinois Ornithological Society, and they became part of the official state record. From these valuable records, Stan has chosen 117 of the most common birds to include in this field guide.

Bird-watching, or birding, is one of the most popular activities in America. Its appeal in Illinois is due, in part, to an unusually rich and abundant bird population. Why are there so many birds in this state? The main reason is natural space. First, Illinois is more than 57,900 square miles (150,000 sq. km.) in size, making it the 25th largest state. Despite its large size, only about 12.5 million people call Illinois home! That is only 216 people per square mile (83 per sq. km.). Also, around 85% of all the people in Illinois live in urban settings around the major cities, leaving a lot of open space.

But open space is not the only reason there is such an abundance of birds—it’s also the diversity of habitat. The state can be broken into three distinct regions: north, central, and south, each of which supports a different group of birds. Water also plays a big part in Illinois bird populations. The state is bounded on the west by the Mississippi River, by Lake Michigan and the Wabash River on the east, and by the Ohio River on the South.

The northwestern corner of Illinois has large stands of white birch and rolling hills and is home to birds such as the Chestnut-sided Warbler. It is also a good place to see some of the “winter finches,” such as the Purple Finch. The central portion of the state, which was originally a prairie habitat and is now agricultural, has many open-country birds such as the Horned Lark. The rivers of central Illinois are lined with deep, rich forests that harbor many birds, including many kinds of waterfowl.

Southern Illinois is known for its extensive tracts of forest and winding rivers. The forested valleys and ridges are home for many birds, including the Scarlet Tanager. Besides the varying habitat, Illinois has varying weather. Since the state extends over 370 miles from north to south, the weather ranges greatly. From the frigid winters of the north to the steamy summers of the south, there are birds to watch in every season. Whether witnessing a migration of hawks in the fall or welcoming back the hummingbirds in the spring, there is variety and excitement in birding as each season turns to the next.

Birds of Illinois Field Guide is available wherever books are sold. For more stories about wildlife and nature, sign up for our newsletter now!