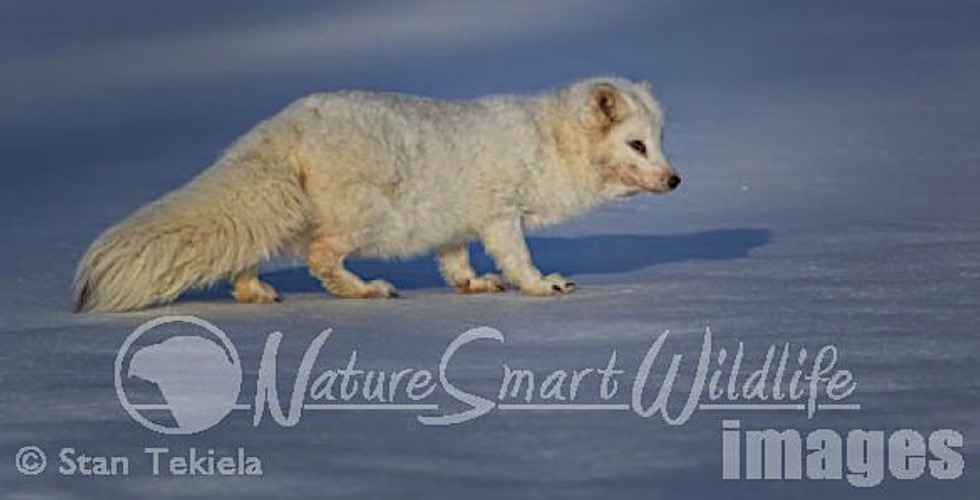 As Winter Loosens its Grip, Animals Change Their Coats

Wildlife photographer and naturalist Stan Tekiela tells us about the biannual event that takes place in the animal world. Did you know that more than 20 different kinds of animals change their coats?

As winter loosens its grip on the northern states and it finally feels like spring, my mind turns to all the changes in nature—in particular, the animals in the northern climates that change the color of their coats (pelage) or the birds that change their feathers (plumage) from brown to white and back again to brown in the spring.

Most people are familiar with critters such as Snowshoe Hares that change color for winter, but did you know that over 20 different kinds of animals, including birds, make this biannual change of color? And all of them occur in the northern hemisphere.

The Arctic Fox, the Willow Ptarmigan, and the Short-legged Weasel (also known as stoat or ermine) are some of the animals that change their coats.

From early times there was a hot debate about how the change of color occurred. In the 1800s it was believed that animals such as Snowshoe Hares grew longer white hair that covered up their brown hair. So basically, it was believed that they grew a new coat over the top of the old coat.

Others believed that the animals’ existing hair changed color or was somehow bleached by the sun to a white color, thus NOT growing new fur. Or others argued that the hair follicles became damaged and the hair died, and as a result it turned white just in time for winter.

Fast forward to current times and we now know that the fur is replaced in a process called molting, and new white fur replaces the brown. It has always been believed that the reason behind these seasonal changes was to blend into the environment. For example, the Artic Fox can blend into the environment and get closer to prey. Or the Snowshoe Hare can blend in and not be seen. More than likely, this is a great advantage when in a snowy environment. But a second reason has emerged for the seasonal coat change. It not only helps them blend in, but a higher benefit is for added warmth.

Brown hair or feathers are filled with pigments called melanin. This is what gives the hair or feather its many colors and also provides structural support. However, the white fur or feather lacks melanin and is therefore hollow. When sunlight enters the hair or feather, the light is scattered or bounces all around and what we see reflected back to our eyes is white. So, the space is both causing the white color and also provides an air chamber that increases the insulating capacity of the fur or feathers by upwards of 27%. Close examination of the individual white hairs shows that the white hairs are wider than hairs with coloring, which allows more air space and thus a greater insulating property. In addition, these hollow white hairs are narrower at the base and wider at the top, allowing more hairs to be packed together near the skin surface, again increasing insulation.

So, the next most logical question is, “What triggers the seasonal change?” Once again, the debate has raged for centuries. Historically, there wasn’t much offered for an explanation, just that the weather was changing or that snow was on the ground. However, since the weather is never consistent from year to year and some winters have less snow than others, it was never a good explanation. We now know that it’s the photoperiod, or the amount of daylight from sunrise to sunset, that triggers the seasonal changes. If you think about it, it makes perfect sense. The amount of daylight is very predictable and doesn’t change from year to year. Special sensors in the back of the eye perceive the amount of daylight and send signals to the brain to direct what and when to grow the fur or feathers.

We also now know that in addition to the white fur or feathers that are produced for winter, the critter also grows more fur or feathers than they have in summer. For example, birds will put on up to one-third more feathers during winter, and mammals will grow upwards of twice as many hairs.

There is much to consider and ponder as the days get longer and the snow melts away. There are many things changing in nature, including the animals.

If you enjoyed Stan’s post about animals changing their coats, you may consider his amazing nature books: Loons, Wild Birds, or Backyard Birds: Welcomed Guests at our Gardens and Feeders.