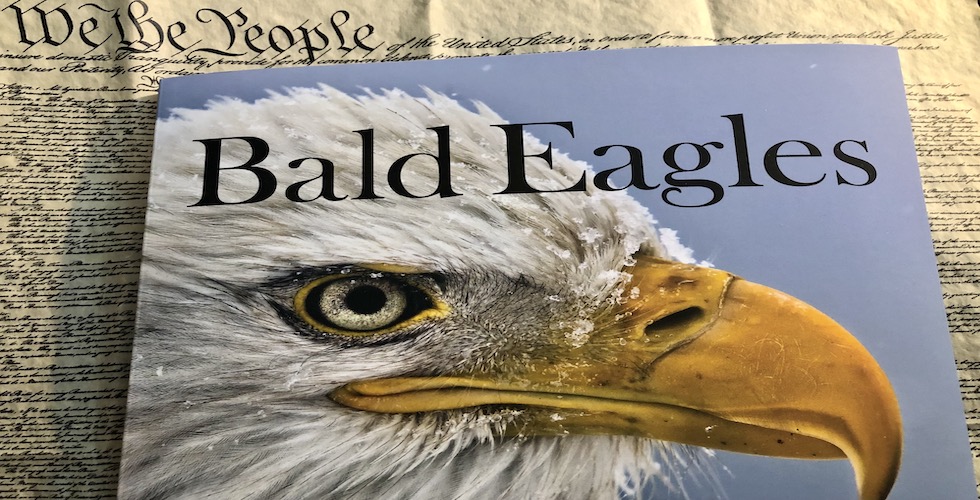 Are you Ready for a Summer Giveaway?

We are celebrating summer with a giveaway! One lucky winner will receive a copy of Stan Tekiela’s brand-new book Bald Eagles: The Ultimate Raptors and a copy of the United States Constitution, a document printed on parchment paper antiqued through a process exclusive to the National Archives.

The Bald Eagle —The National Symbol of the United States

The United States first adopted the Bald Eagle as its national symbol in 1782, depicting it on the Great Seal of America.

Make sure to enter our Summer Giveaway for your chance to win Stan Tekiela’s brand-new book Bald Eagles: The Ultimate Raptors and a copy of the United States Constitution.

For more wildlife and nature blogs, new releases, and giveaways, sign up for our newsletter now!