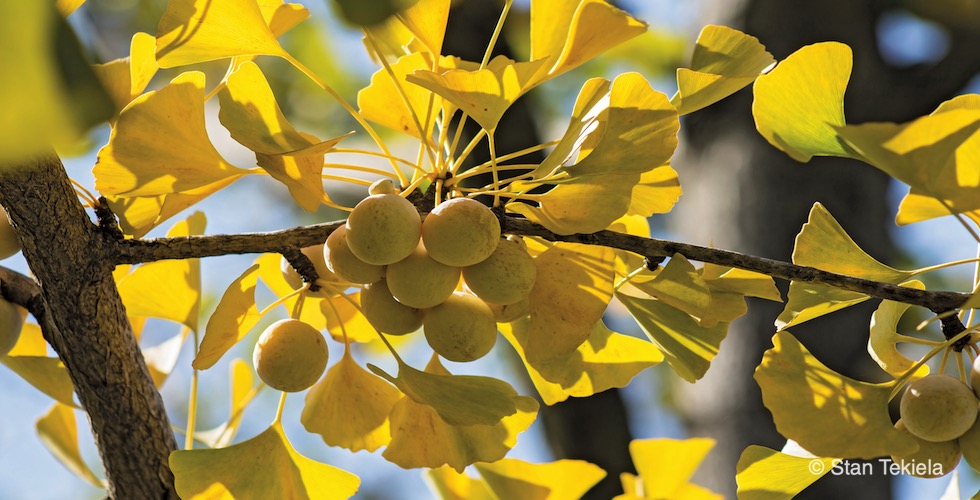 Identifying Trees of the Carolinas

Learn to identify the trees in the Carolinas with Stan Tekiela’s famous Trees of the Carolinas Field Guide. Learn about all 153 species found in the two states, organized by leaf type and attachment. Just look at a tree’s leaves, then go to the correct section to learn what it is.

Here are some amazing facts about trees found in the two states:

The Red Mulberry produces large crops of fruit, providing an important food source for wildlife, especially birds. In summer, berries ripen to red and are delicious when black. The fruit is sweet and juicy and can be used in jams, jellies, and pies.

One of the most fascinating trees is, without a doubt, the Ginkgo tree, the sole surviving species from an ancient family of trees that flourished millions of years ago. Because the surviving trees were cultivated only in ancient temple gardens in China, the species remained unknown to the scientific community until the late 1700s. Only the male trees are sold and planted because female trees produce butyric acid, which makes the fruit smell foul.

Ginkgo fruit has been highly prized by some people for medicinal properties. Its leaves are often in two lobes, hence the species name biloba. It is also called Maidenhair-tree because the unique fan-shaped leaves resemble the fronds of the Maidenhair Fern plant.

A small nonnative species that was introduced from Asia is the fast-growing Siberian Elm. Also called the Chinese Elm (U. parvifolia), it thrives in a wide variety of soils and tolerates harsh conditions.

So grab Trees of the Carolinas Field Guide for your next outdoor adventure―to help ensure that you positively identify the many trees that you see.