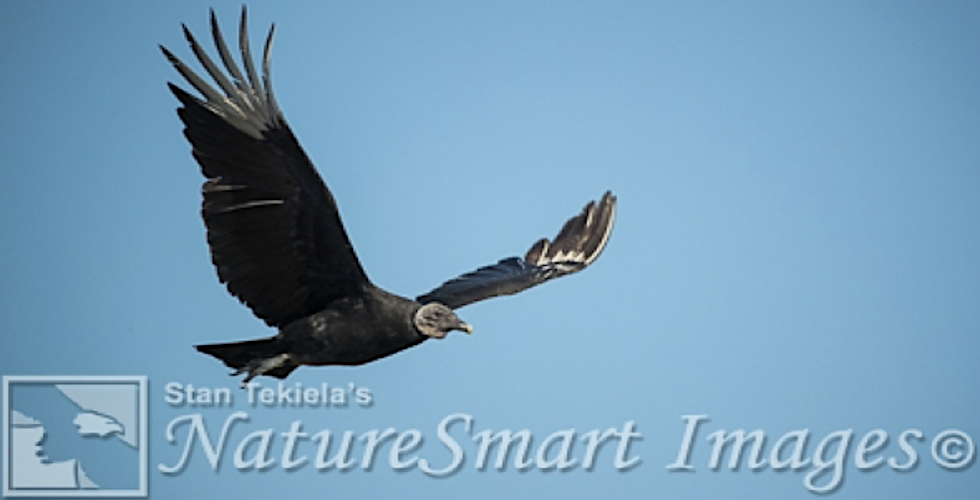 Black Vultures, While not Popular, are Really Cool Birds

It seems that a lot of people are only interested in the glamorous or top-tier species of mammals and birds. For example, no one seems to be interested in mice, voles, or shrews. You don’t see television documentary shows on these tiny critters. But it’s a different story when it comes to wolves, bears, or moose. Everyone wants to see or photograph these large megafaunas.

The same can be said for birds. Everyone seems to love hawks and eagles. These high-flying birds are on the top of the list for many photographers and bird-watchers. And nothing stirs up the emotions like the owls. This group of birds seems to attract more attention than any other birds.

But I am often drawn to the lesser known, or less glamorous, species. I was reminded of this while leading a bird photo tour to southern Florida this past week. While visiting a wetland that was developed for birding and bird photography, I saw a pair of Black Vultures that were hanging out near the road. Most photographers would just pass them by and not give them a second thought. But I don’t feel the same. Let’s take a closer look at this cool yet not-so-popular bird.

The Black Vulture is a New World bird. This means it’s unique to the Americas and is not related to the vultures of the Old World of Europe, Asia, and Africa. The Black Vulture is in a group of its own and is the only vulture in its genus. In other words, this bird doesn’t have any close relatives.

You most likely are familiar with the much-more-common Turkey Vulture, which has a huge range, breeding as far north as central Canada and as far south as Tierra del Fuego at the southern tip of South America. Turkey Vultures are larger and inhabit a wide variety of habitats from deserts to shrublands and forests. The Black Vulture has a much smaller range.

The Turkey Vulture hunts by eyesight and a strong sense of smell. It flies low enough to detect the gasses produced by the decaying process of animals. The Black Vulture is also a scavenger and finds its food by eyesight alone or by simply following Turkey Vultures. So, the big difference between these two New World Vultures is the ability to smell. The Turkey Vulture detects the scent of ethyl mercaptan, a gas produced by decaying flesh, and the Black Vulture doesn’t.

Black Vultures also lack a voice box, called a syrinx. This means the Black Vulture is usually silent and can make only grunts and hisses. They have a large wingspan of slightly over 5 feet. They use these large and broad wings to soar on thermals. They tend to have a series of quick flaps followed by gliding. Compared to the Turkey Vulture, they flap more frequently during flight. Black Vultures weigh about 4.5 pounds, which is very similar to the Turkey Vulture.

The common name vulture is derived from the Latin word “vulturus,” which means “to tear” or “tearer” and refers to its habit of tearing open flesh. The Black Vulture is a basal or base of the vulture lineage. They have been around for about 12 million years, making them one of the oldest species of birds on the planet.

Normally the Black Vulture feeds mainly on dead animals (carrion) but is well known for scavenging at garbage dumps or even taking eggs from other birds’ nests. Like other vultures, they play a very important role in the ecosystem by cleaning up dead and decaying carcasses, which would otherwise be a place for deadly disease to thrive. Nature has a way of filling in all the nooks and corners of a complete ecosystem.

Like other scavenging birds, the Black Vulture has a natural resistance to pathogenic microorganisms. They have anti-microbial agents that are secreted by the bird’s liver and stomach. Combined, they allow the bird to eat rotting flesh that would sicken or kill other animals or birds.

These are remarkable birds that really are the unsung heroes of the natural world, and for that I find them fascinating.

If you enjoyed Stan’s post, you may consider one of his amazing nature books: Majestic Eagles, Wild Birds, orBackyard Birds: Welcomed Guests at our Gardens and Feeders. Also check out Stan’s blog on How to Conduct a Backyard Bird Count.