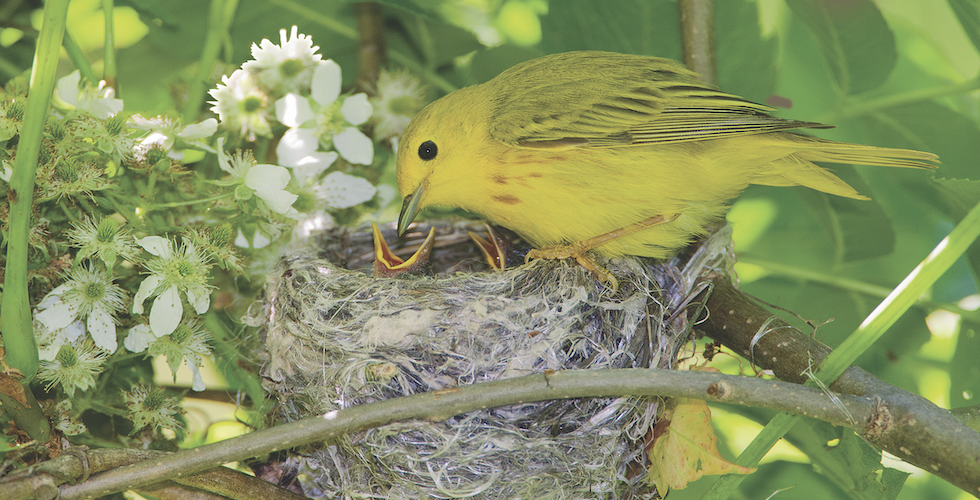 Millions of people have discovered bird-feeding. It’s a simple and enjoyable way to bring the beauty of birds closer to your home. Watching birds at your feeder and listening to them often leads to a lifetime pursuit of bird identification. The Birds of Wisconsin Field Guide is for those who want to identify the common birds of Wisconsin.

With Wisconsin’s best-selling bird guide, field identification is simple and informative. There’s no need to look through dozens of photos of birds that don’t live in your area.

Birds of Wisconsin features 124 species of Wisconsin birds, organized by color for ease of use. Let’s have a look at some of them!

The Belted Kingfisher is usually found at the bank of a river, lake, or large stream. The bird perches on a branch near water, dives in headfirst to catch a small fish, then returns to the branch to feed.

Did you know that Belted Kingfisher parents drop dead fish into the water to teach their young to dive? This bird also gives a loud call that sounds like a machine gun, and mates know each other by their calls.

The Eastern Bluebird was nearly eliminated from Wisconsin due to a lack of nest cavities. Thanks to people who installed thousands of nest boxes, bluebirds now thrive. The Eastern Bluebird prefers open habitats, such as farm fields, pastures, and roadsides, but it also likes forest edges, parks, and yards. The bird is easily tamed and often perches on trees or fence posts and drops to the ground to grab bugs, especially grasshoppers. The Eastern Bluebird’s song is a distinctive “churlee-chur-chur-lee.” The rust-red breast is like that of the American Robin, its cousin, and the young of the first brood help raise the second brood. Isn’t that amazing?

The Indigo Bunting is a vibrant blue finch-like bird with dark markings scattered on its wings and tail. The bird is seen along woodland edges and in parks and yards, feeding on insects.

The Indigo Bunting comes to seed feeders early in spring, before insects are plentiful. Usually only the males are noticed. The male often sings from treetops to attract a mate, while female Indigo Buntings are quiet. Like Blue Jays and other blue birds, sunlight is refracted within the structure of the male’s feathers, making him appear blue. The plumage is iridescent in direct sun but duller in the shade. The Indigo Bunting migrates at night in flocks of 5–10 birds. Males return before the females and juveniles, often to the nest site of the preceding year. And, can you believe it, juveniles move to within a mile of their birth site!

So grab a copy of Birds of Wisconsin Field Guide for your next birding adventure―to help ensure that you positively identify the birds that you see. It is never too early to start birding, so check out The Kids’ Guide to Birds of Wisconsin, Stan’s regional birding book
for kids.

About the author of Birds of Wisconsin: Naturalist, wildlife photographer, and writer Stan Tekiela has written more than 175 field guides, nature books, children’s books, wildlife audio CDs, puzzles, and playing cards, presenting many species of birds, mammals, reptiles, amphibians, trees, wildflowers, and cacti in the United States. With a Bachelor of Science degree in Natural History from the University of Minnesota and as an active professional naturalist for more than 25 years, Stan studies and photographs wildlife throughout the United States and Canada. He has received various national and regional awards for his books and photographs.

Also a well-known columnist and radio personality, his syndicated column appears in more than 25 newspapers, and his wildlife programs are broadcast on a number of Midwest radio stations. Stan can be followed on Facebook and Twitter. He can be contacted via Nature Smart.

Stay informed and sign up for our newsletter now!