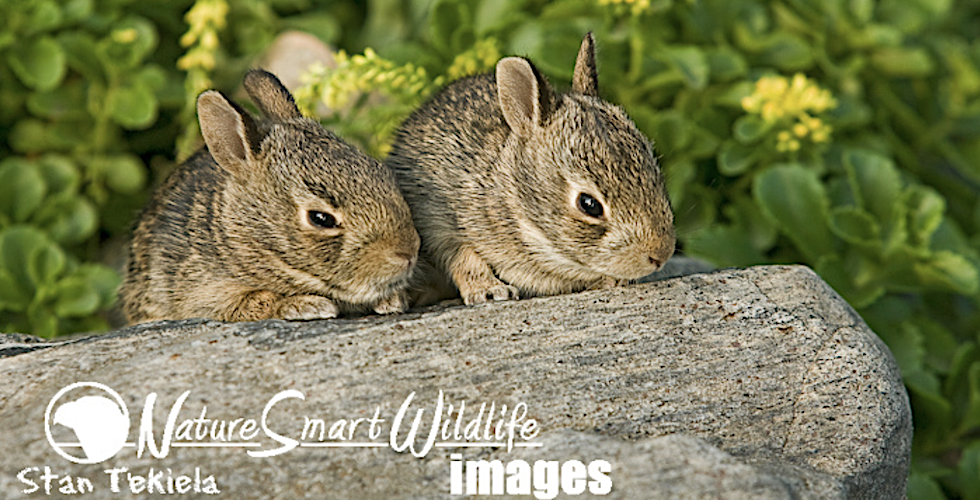 Blue Spots in the Snow: Could it be the Cottontail Rabbit?

Stan Tekiela tells us why, in late winter and early spring, he usually starts to see blue snow. That’s right, blue snow. Or more accurately, blue spots in the snow. If you have walked the woods at this time of year you may have seen small blue spots in the melting piles of snow.

So, what’s up with the blue snow? A quick Google search finds ridiculous comments about what causes the blue spots in the snow. I was shocked to see that some people have suggested that the blue spots are the results of spitting mouthwash on the snow. Others strongly suggest that it’s Bigfoot urine and point to the blue snow as evidence of his existence. Others suggest Smurfs. Obviously, none of these are causing the phenomenon.

Upon closer inspection of the blue-stained snow you will also find the round woody pellets indicative of the droppings (feces) of the Eastern Cottontail Rabbit. The Cottontail Rabbit is the most common and abundant rabbit in the eastern half of the country. As it turns out, the blue stain in the snow is the urine of the rabbit.

But why is it blue? The diet of the cottontail changes with the seasons. During spring and summer their diet consists mainly of green plants such as grasses, sedges, and the leaves of hundreds of plants (including many in your garden). But as winter rolls around and the green plants are no longer available, the rabbits switch their diet to woody vegetation such as the twigs of shrubs and small trees.

In late winter the rabbits have often eaten all the twigs within reach and then turn to a less desirable food source, European Buckthorn. The European Buckthorn is a nonnative and invasive shrub or small tree that is not common in many parts of the country. It is well known for holding its green leaves well into winter. If you have any woodlands or natural areas, chances are you have the buckthorn growing there.

The buckthorn is well known for producing hundreds of dark blue berries that are toxic and cause upset stomach and vomiting in people. This explains its scientific species name cathartica, which means “to cause purging or cleansing.” In other words, it causes a lot of vomiting. Having said that, birds seem to eat the berries with impunity and rely on the berries in winter for survival.

However, the Cottontail Rabbit doesn’t eat the berries. Usually the berries are either too high on the tree for the rabbit to reach or all the berries are eaten by the birds. No, the rabbits are eating the bark and small twigs and branches of the buckthorn. The buckthorn produces phytochemicals through primary and secondary metabolism. Usually the phytochemicals have biological activity in the host plant and help in the plant’s growth or defense when fighting competing trees, pathogens such as plant killing fungus, or predators such as insects.

In this case, it is believed that the phytochemicals are consumed by the rabbit when it eats the small twigs and branches. The compounds pass through the rabbit’s system and come out in the urine. Normal rabbit urine color is yellow. When a rabbit is eating buckthorn its urine comes out yellow, but it is widely reported (not tested) that once the urine, tainted with the phytochemicals, is exposed to sunlight it turns blue in about 10 minutes. Therefore, you get blue spots in the snow. Of course, if the rabbit urinates on the bare ground you won’t see it because the urine soaks into the soil.

Either way, if the urine of the Cottontail Rabbit turns blue with sunlight or oxygen, the blue snow mystery is solved.