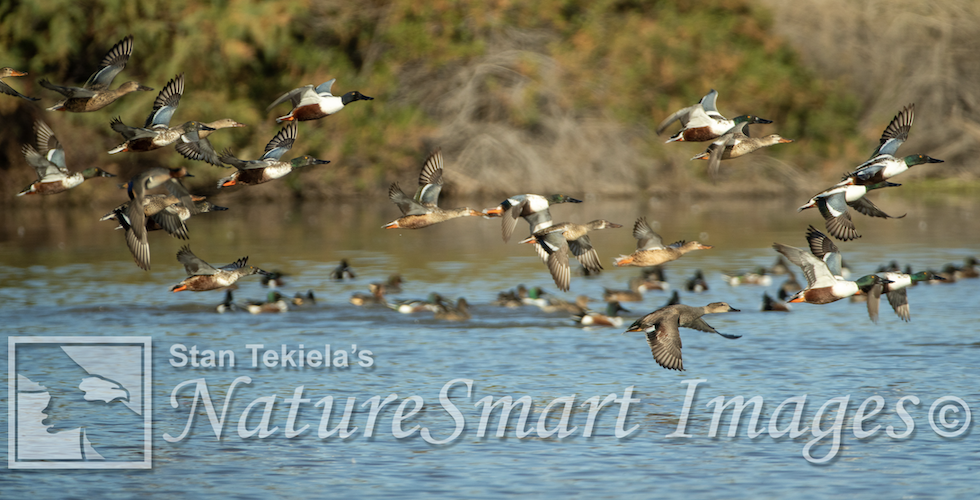 Stan Tekiela Talks to Us About Bird Migration

I would love to write a nice little article about bird migration. Something short and snappy and to the point, but when I reflect on how I would do this, I shudder at the thought. You see, bird migration on the surface seems simple enough. Birds fly south in winter and north in spring. But this is so overly simplistic and doesn’t even begin to encapsulate the grandeur and complexity of bird migration.

Recently I’ve been out promoting my new book Bird Migration: The Incredible Journeys of North American Birds from Adventure Publications. Almost always, someone asks when did bird migration start or why did migration start? Of course, it is impossible to answer this question because birds have been migrating for millions of years, long before people came around. However, we do have some theories to answer these seemingly simple questions. So, let me try to capture some of the high points.

Why birds started to migrate all comes down to a simple cost-benefit ratio. You see, if the cost to the bird outweighed the benefit, migration wouldn’t exist. So, obviously, the benefits of migration outweigh the cost. There are over 10,000 species of birds in the world and about 4,000 of them are migratory. That means about 40 percent of all the birds on the planet do some kind of migration. That should be enough to tell you that migration is a winning strategy for survival.

Here in North America we have about 900 to 1,000 species of birds and about 350 species that migrate.

So, what are the benefits of migration? By answering this, perhaps it will help you understand why a bird migrates or why migration started. It is widely believed that migrating helps a bird find new, open territories for breeding. Having a larger region in which to search and find a territory is very helpful. A larger area reduces competition among the birds in a territory. Less competition means a bird has a better chance of finding a “good” territory. In most species, the males compete or physically fight for territories, so having less competition means less fighting and less energy expenditures—and more time available to attract a female.

New territory also means more abundant or higher quality food sources. Having a reliable food source is the key for successful reproduction. A good food source means the male will grow bright, attractive feathers. Studies show, in species that are brightly colored, females judge a male’s overall health and reproductive vigor by how bright and colorful his feathers are.

Nesting habitat is critical for many species. Most birds require or demand very specific habitat in order to nest and reproduce. Migrating allows these birds to move to regions that have just the right habitat in order to nest. For example, many warbler species migrate to the northern boreal forests. They don’t nest in deciduous forests; thus, if they didn’t migrate, they wouldn’t reproduce and would die off. In addition, these birds feed on the abundant insects that are found in the northern boreal forests. If you have ever been in the northern forests during spring and summer, you will know what I mean. The insect populations are insane. The warblers take advantage of this overly abundant food to feed themselves and their nestlings.

I am afraid that the answer of when did birds start to migrate is lost to history. We may never know when birds started migrating. Did a few species start to migrate and then others followed? Or did it all happen at once? Most of our modern birds, the ones we see today, have been around for anywhere between 2 and 5 million years. I think it would be safe to say that birds have been migrating for millions of years. This would be long before any human walked the Earth.

So, you might be able to say that the reason birds migrate boils down to finding new food sources and finding territory for reproduction.