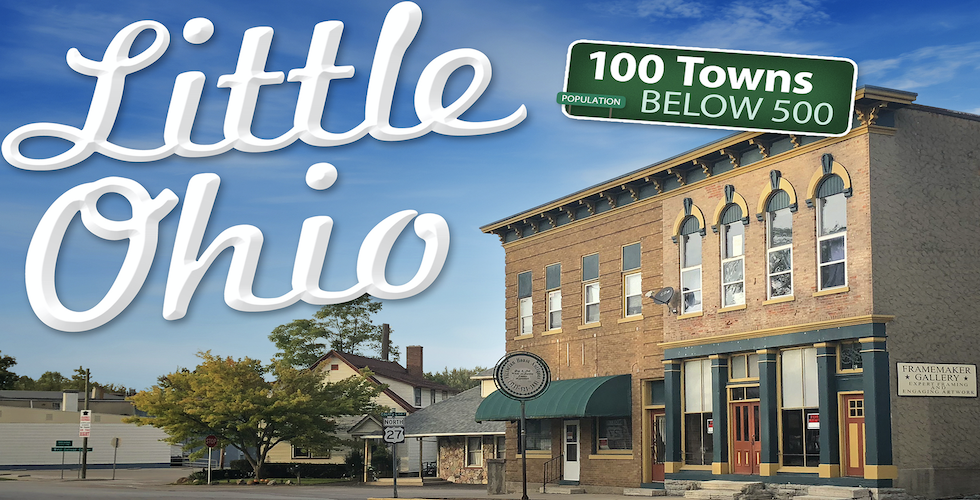 Sugar Bush Knolls and the Father of Tree Surgery

The Development of the village of Sugar Bush Knolls (population 179) all began with an idea from the “father of tree surgery,” John Davey, of Kent, Ohio. Davey was born in England in 1846 and moved to the United States as an adult. As the story goes, Davey was a self-made man, even down to the simplest details, like learning to read. After moving to the United States and pursuing a more robust education, Davey became intrigued by the idea of finding a “systematic, scientific way” to save neglected trees. In 1901, Davey published his book, The Tree Doctor, to share with the world an interesting idea: trees, like people, became ill, and rather than destroying an ill tree, you could treat it.

Around the time that his father published this book, a young Martin L. Davey was traveling door-to-door near Kent, Ohio, selling typewriters and insurance policies in an attempt to save money for a college education. In addition to his normal sales, Martin started offering his father’s book for purchase.

By 1908, the two formed the Davey Tree Expert Company and the attached Davey Institute. The company’s services were available to businesses and private individuals looking to improve their landscaping. Davey also offered conservation services for public lands, such as parks. When on a call, employees of the Davey Tree Expert Company (often college students on summer break in the early years) performed myriad activities, including pruning, bracing, root aeration, spraying for insects, or feeding. One of the most interesting and unique “tree surgeries” that the company offered was the filling of a cavity. If a tree was being eaten away by a fungus, the Davey Company removed the offending fungus, cleaned the open wound, and filled it with concrete, just as a dentist repairs a rotting tooth. Eventually bark would grow over the filling, hiding the work of the tree doctors.

In 1923, John Davey passed away at the age of 77, leaving Martin at the head of the Davey Tree Expert Company. Throughout the early twentieth century, the company grew immensely, doing $3 million of business in 1928. In 1930, Martin formed the Davey Investment Company and began to acquire land in Streetsboro Township from the Twin Lakes Land Company. Here he built the company’s new headquarters and an institute where employees could be trained in the skills John Davey had left behind, and where scientists were free to make new discoveries. The headquarters was a pleasant place for employees and their families to enjoy, with man-made lakes and picnic grounds. One man, a caretaker of the tree farm on site, lived on the land with his family.

While the family business was booming, Martin L. Davey had some other growing business to attend to. From 1914 to 1918, Davey served as the Mayor of the City of Kent, afterwards moving on to a seat in the U.S. House of Representatives. In 1935, Davey became the Governor of Ohio, serving out two terms until 1939.

Building a Subdivision on the Tree Farm

During World War II, the Davey Tree Expert Company experienced a labor shortage because of the war effort. Not long after, in 1946, Martin L. Davey passed away. While the Davey Expert Tree Company would remain a national business (it is still active today), Martin Davey, Jr., had some decisions to make as the 1950s dawned. He eventually moved the tree farm to Wooster and began to look for builders for a residential community on the site in the Kent area.

By the mid-1950s, 158 acres with 111 new lots had been developed in the new Sugar Bush Knolls subdivision, named for the sugar maple trees that once filled the Davey’s tree farm. Davey hired a realtor, Bob Meeker, who had grown up playing on the Davey Tree Farm. By the early 1960s, the Davey family was ready to cut ties to the land, and in a famous deal made at the Twin Lakes Country Club (some say Martin Davey, Jr., lost the land in a card game, but this is likely not true), most of the former tree farm was transferred to Cyril Porthouse. In 1963, Cyril and the other founding residents of the new Sugar Bush Knolls subdivision formed a homeowners’ association.

The homeowners’ association quickly found that the residents of the area were struggling from the inconvenience of being located in two townships (Franklin and Streetsboro). When a heavy snowstorm passed through or a street sign needed to be replaced, it was never quite clear which township was responsible, so neither township sent staff to help the residents of Sugar Bush Knolls. In addition, the children of Sugar Bush Knolls were attending two different schools, sometimes just based on what side of the street they lived on. For these reasons, the homeowners’ association quickly suggested the subdivision incorporate themselves as a village.

In June of 1964, the village of Sugar Bush Knolls was officially incorporated. With this new official status, it was time to form a government. The residents of the village elected Cyril Porthouse as the first mayor, and the city council began meeting, hosting each other in their own homes. When it was time to vote, citizens cast their ballots at the home of the Bush family. Former residents recall that Mrs. Bush set up a second fake election each year in which children could practice voting.

Cyril Porthouse was a chemist who became wealthy after taking over Pyramid Rubber in the mid-twentieth century. The company made rubber nipples for baby bottles, a hugely successful endeavor during the baby boom. The Porthouse family funded the construction of the Porthouse Theatre at Kent State University.

Kent State University is famous for its black squirrels. In fact, Kent State holds a Black Squirrel Festival each year. An employee of the Davey Tree Expert Company was responsible for bringing the squirrels to Kent. In the 1950s, the grounds superintendent at the university, Larry Wooddell, was traveling through Chardon and was intrigued by black squirrels he saw. He talked to his friend, Biff Staples, a retired Davey man who had seen black squirrels in Canada on a business trip. The two negotiated with the Canadian government to allow Sugar Bush Knolls to acquire 10 squirrels that could be moved onto campus.  The rest is history!