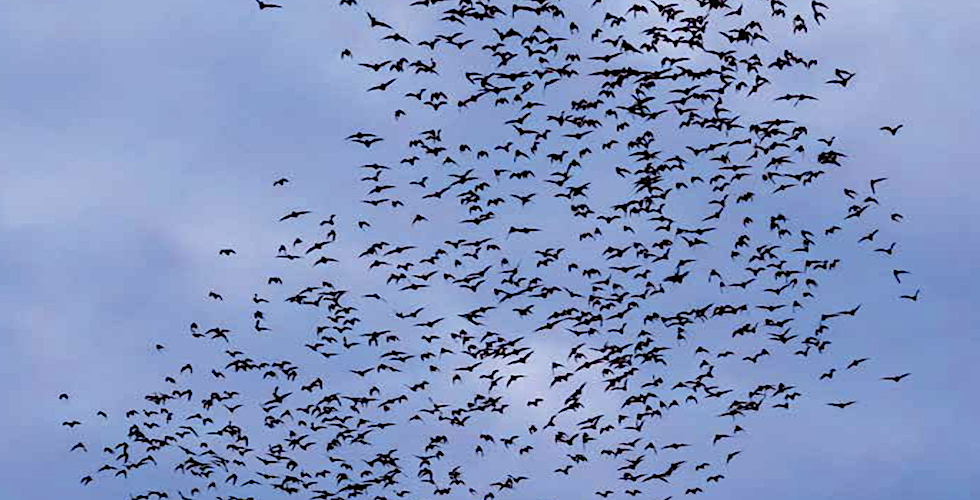 Bats Have an Incredible Story to Tell

There are 45 species of bats found in the United States. All of them are amazing flying mammals that have special adaptations and abilities that help them survive. They are a crucial part of many different ecosystems, they provide people with many benefits, and bats have an incredible story to tell.

Bats are the world’s only flying mammals. In popular culture, bats are often shrouded in mystery, so perhaps it’s fitting that their evolutionary lineage is also quite enigmatic. While scientists may not yet know the full story behind their family tree, their importance to the natural environment—and to humans—is undeniable.

Bats are mammals. Even though they are often described as “flying mice,” they aren’t closely related to rodents at all. Instead, they belong to their own order of animals, Chiroptera (pronounced Ki-rop-ter-uh).

There are two main groups of bats, the Megachiroptera (which, roughly translated, means “big bats”) and the Microchiroptera (which means “small bats” or “microbats”). As you might expect, bats that belong
to Megachiroptera are much larger, and they mainly eat fruit or nectar; they are found in tropical regions of Africa, India, Asia, and Australia. They also don’t often echolocate (use sounds to “see”). Instead, they have very large eyes, enabling them to see well.

With the exception of the polar regions and some isolated islands, bats are found nearly everywhere. Highly adaptable and able to fill ecological niches, today there are more than 1,300 bat species found worldwide, with 45 species normally found in the United States and a few more that show up on occasion or accidentally.

Pick up Bat Basics by Karen Krebbs and learn what bats are really like. Bats have an incredible story to tell, and you won’t be disappointed in what you learn. If you enjoyed this post, sign up for our newsletter now!