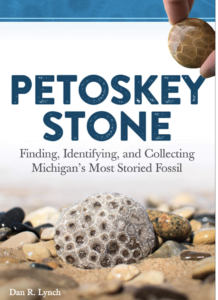 Michigan’s famous stone and its “rays of the rising sun” are admired and desired across the country―and around the world. In his book Petoskey Stone: Finding, Identifying, and Collecting Michigan’s Favorite Fossil, Dan R. Lynch prepares readers for their next rock-hunting adventure!

Petoskey stone is undoubtedly Michigan’s best-known fossil, famous for its enigmatic mosaic-like pattern caused by the remains of an ancient coral species preserved in limestone. It is found most often in the vicinity of the Little Traverse Bay Area, particularly around Charlevoix and the town of Petoskey, from which the stone gets its name, but the popular collectible can be found all across the northern portion of Michigan’s Lower Peninsula.

Until recently, the precise identity of the coral species preserved in Petoskey stone was unclear. For some time, scientists have known that Petoskey stone is a fossil remnant of corals belonging to the genus Hexagonaria, a long-extinct group of corals that developed hexagonal, or six-sided, patterns. These corals thrived in Earth’s shallow seas during the Devonian Period, which started approximately 419 million years ago. But it wasn’t until 1969 that the primary species preserved in the rock was identified as Hexagonaria percarinata, an ancient coral found in rocks in several places in the world, but nowhere as plentiful as in Michigan. Appearing tightly packed together, the hexagonal shapes each represent an individual organism within the once-living coral colony. Each hexagon is segmented, has a gauze-like texture, and often has a central darker spot. 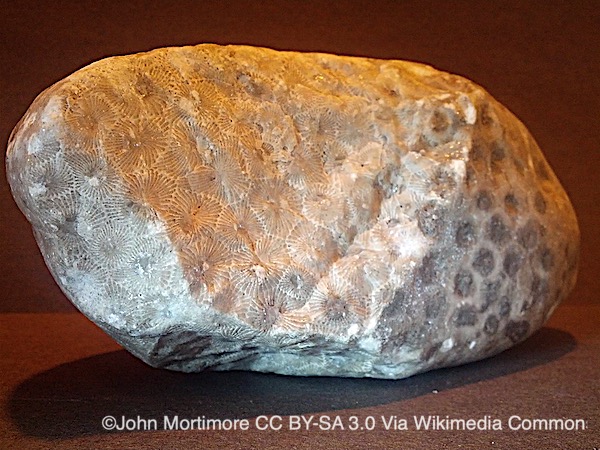 Hexagonaria percarinata, typically shortened to H. percarinata, is a scientific name that will be repeated throughout this book; a coral fossil is only an “official” Petoskey stone if it contains that specific species. But that distinction isn’t important to every collector, as there are many corals in the Hexagonaria group, and most Hexagonaria fossils from the region share similar patterns and features and formed in the same rock bodies. Instead, to many people, any fossil find is exciting, as they all represent the rich and deep history of life in Michigan and make for beautiful keepsakes. 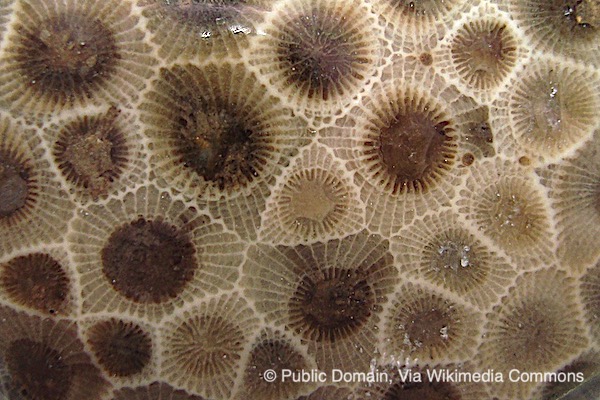