The Amazing World of Agates and Fossils 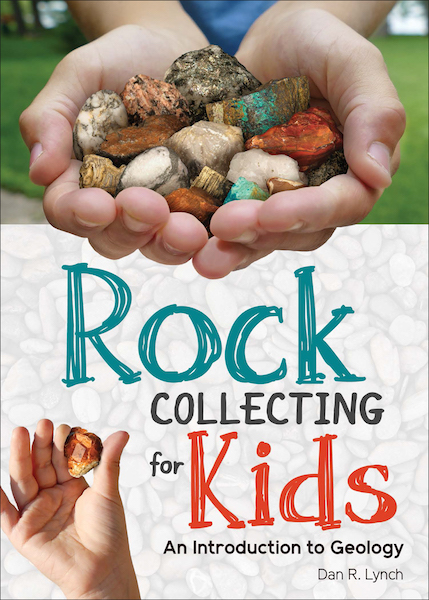 Dan R. Lynch, author of Rock Collecting for Kids, talks to us about the amazing world of agates and fossils. Find out how to start your own collection.

There are lots of rocks and minerals out there to collect, but unfortunately some are very rare and you probably won’t get a chance to find them yourself. This includes rare fossils of extinct animals and minerals that glow different colors under special light. Some other minerals may be common but aren’t always pretty until they are cut and polished, which you also may not be able to do yourself.

But that’s OK because many rock shops sell the rocks and minerals that are hard to find! They also often sell specimens that have already been cut and polished for you. Many collectors buy specimens, and it is a great way to add neat treasures to your collection that you couldn’t get any other way. Some popular collectibles, such as agates and geodes, can actually be very common finds if you’re in the right place. Because of this, lots of shops sell common rocks and minerals in both natural and polished forms, and it can be interesting to compare them.

Before you visit a rock shop, it’s helpful to know a little about the neat rocks, minerals, and fossils that you’re likely to see when you visit one.

Agates are an uncommon and mysterious type of mineral. They are made of layers of chalcedony, but no one knows exactly how they form! Agates form as nodules, which are rounded balls that grow inside spaces within rocks. From the outside, the nodules don’t look like anything special, but when they’re cut open, they reveal the amazing ring-like bands that agates are famous for!

They can be of lots of different colors, but gray, brown, red, and yellow are common. They have rough, dull outsides but waxy insides. Agates are very hard, and it takes a very hard tool, like a file, to scratch them. They are most easily found on beaches or in rivers where weathering has broken them open to reveal their bands. 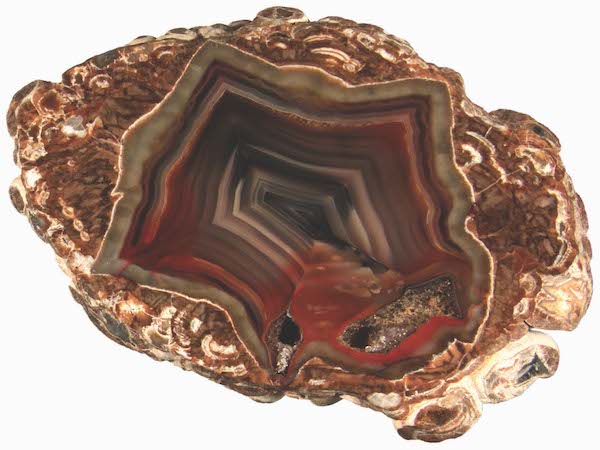 Thunder eggs are a special kind of agate that are somewhat rare. They are agates that have formed inside a ball of rock. Their outside surfaces are rocky and rough, but their insides show the ring-like bands of an agate. If they are not broken, it can be tricky to identify one!

Their exteriors can be gray or brown, just like other rocks. But the interior banding can be gray, brown, red, and yellow, like other kinds of agates. Most kinds of thunder eggs are found in drier areas, such as deserts. They can be tough to find, but look for round, lumpy rocks, and then have an adult help you break or cut them!

Geodes are a very fun collectible, but they are only common in certain areas. Geodes are round balls of rock that are hollow inside! Many times they contain crystals, especially quartz crystals. But the outsides just look like round rocks, so they can be hard to spot.

Their outsides are often brown, gray, or yellow, but their insides can be different colors depending on what crystals may be inside. You can’t find geodes just anywhere. They form inside sedimentary rocks, especially limestone and shale, where they look like round balls. Sometimes they fall out and can be found loose. But they can be tricky to find and identify until you break them open to see what’s inside! 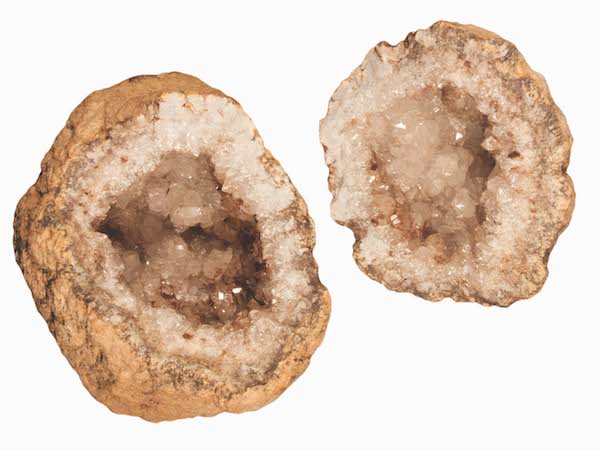 Normally, when plants and animals die, their bodies rot away and disappear. But if the plant or animal body gets buried in mud and sediment, it won’t rot entirely. Instead, it can stay in the mud for a very long time. Millions of years ago, this happened to lots of things that died, and their bodies became trapped in many layers of mud and sediments. As those layers slowly turned into sedimentary rocks like shale and limestone, the bodies of the plants and animals also turned into rock.

Some of the most common fossils are plants, like ferns, or animal shells, such as snail or clam shells. More exciting fossils, such as dinosaurs and lizards, are very rare. When looking for fossils, you’ll only find them in sedimentary rocks. Limestone, sandstone, and especially shale are the best places to look. You can even have an adult help split apart the layers of shale with a knife to see if anything is hiding in between them!

Some of the most exciting fossils are those of animals that no longer live on the Earth! This weird creature is called a trilobite, and they lived for hundreds of millions of years in the oceans. But today, they are extinct, and we can only see them in rocks. This one is in shale and was found in New York. 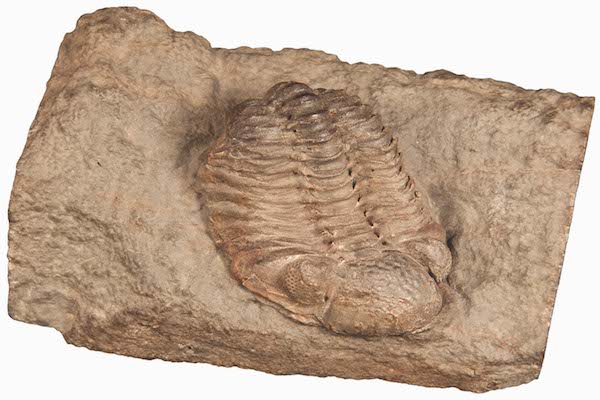 In some parts of the world, you can find bugs trapped in amber. Amber is the preserved sap from ancient trees. 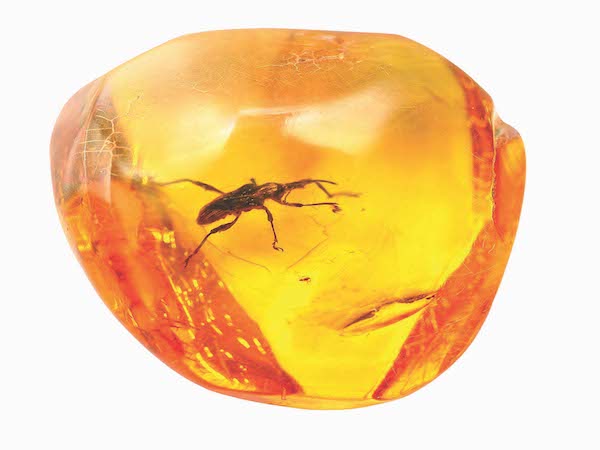 When the sticky sap was flowing out of a tree long ago, any bug that touched it would get stuck. Some bugs got totally covered in sap, so when the sap dried out and hardened, the bug was preserved inside. Amber is not something you can find just anywhere, but it can show us an amazing look at ancient life!

For more stories about geology, sign up for our newsletter now!