Marion Dane Bauer shares with us how she and Stan Tekiela worked together to produce Jump, Little Wood Ducks, their latest children’s book.

Jump, Little Woods Ducks is my fourth picture book to be illustrated by the naturalist and photographer Stan Tekiela. While most of my picture books have been more traditionally illustrated by artists, working with Stan has been a privilege and a joy. 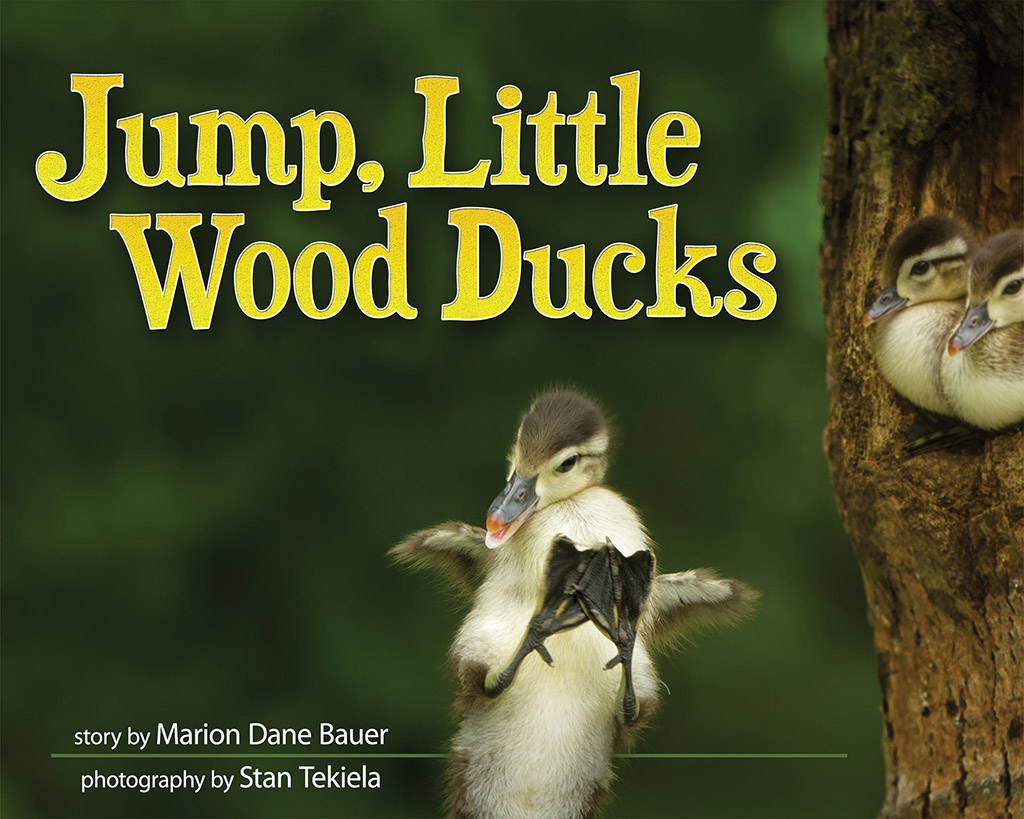 On our first book together, Baby Bear Discovers the World, Stan said, “You write the story. I’ll make the photos happen.” I did, and he did.

He borrowed twin black bear cubs from a wildlife reserve and took them in his truck to different locations. He set them up to perform the acts of the runaway baby bear in my text. Stan used twins, as filmmakers often do when working with young human children, so that if one wasn’t cooperating he would have a chance of getting what he needed from the other. He captured the photos, and we had a book.

The next two books, Some Babies are Wild and The Cutest Critter, were concept books, not stories. I knew what I wanted to do, present baby animals in different kinds of behavior and then turn to a comparison with a human baby. So once I had created the text and shown it to Stan, he presented me with multiple options from his rich stock of photos. And in each case, we had a book.

When Stan and I decided to collaborate on a picture book about wood ducks, we thought it would be easy. After all, Stan already had thousands of photos of wood ducks. So we sat down and talked through their life cycle, which is what I planned to base my story on. Then I created the text, and he supplied the photos. We both thought we had a book. My text did what I wanted it to do, and Stan’s photos were, as always, technically superb and showed precisely what I’d asked for them to show.

There was just one problem. Wood ducks—all ducks, I suppose—are beautiful but . . . well, not exactly expressive. They have a way of just standing there or just wading there or just floating there that falls short of compelling. When I saw the results of our collaboration, for the first time I longed to return to working with an illustrator, someone who could tweak the images. Lift a wing, cock a head, brighten an eye . . . anything to make these creatures more exciting. 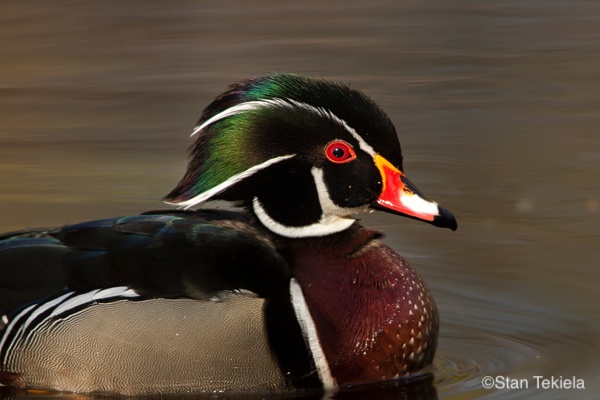 The editorial staff at AdventureKEEN must have had a similar thought because, after a period of silence, they sent me an assortment of Stan’s most interesting, most active wood duck photos and said, “Can you start over again and make a story from these?”

In case you don’t know, that isn’t the way picture-book writers work. We don’t begin with images and find a story—we begin with concept or story, and the images follow. However, in 40 years of writing for children and publishing 100 books for different ages and in different genres, I have learned a few things. One of them is that pleasing editors is a useful skill . . . and that doing so usually results in a better book.

So I sat down with Stan’s photos and immediately fell in love with those jumping babies. Here was a reason to work with a photographer, not an illustrator. You can draw a baby duck doing anything you want it to do, including eating with a knife and fork. But these babies are real! And they are actually jumping! From high up in a tree! And watching them do it quite takes your breath away. 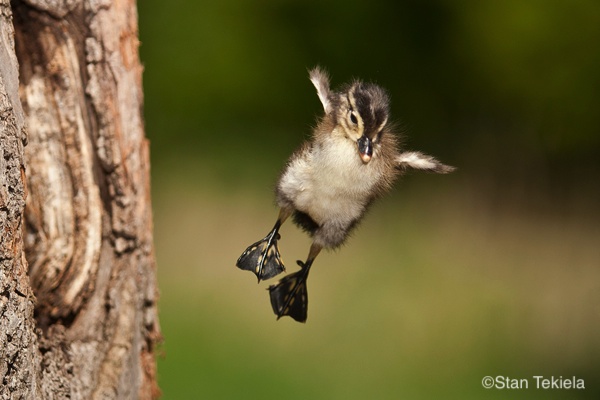 So, I began again, following not the life cycle of wood ducks, but the progress of three little babies who don’t want to jump, however much their mother down there on the ground cajoles.

And I did what I do best—came up with language and story. And Stan did what he does best—filled in the blanks with more photos. (Can you get me a photo of what the baby ducks see when they look down from that tree?) 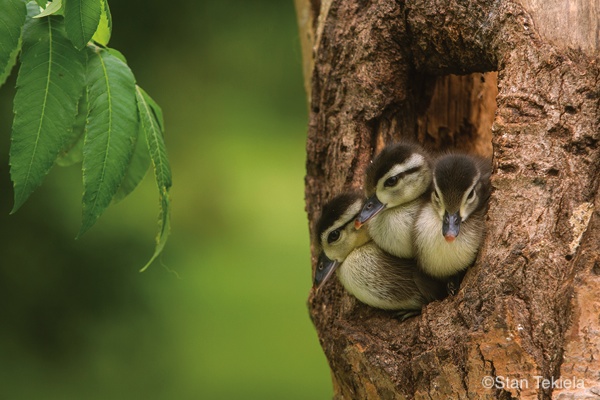 And at last we have a book. It has just been published. It was a long journey but worth every step.

Thank you, Stan, once more. What shall we explore next?

About the author: Marion Dane Bauer has written more than 60 books for young people. She has won numerous awards, including an American Library Association Newbery Honor Award. Her books have been translated into more than a dozen languages. She lives in St. Paul, Minnesota.

Naturalist and wildlife photographer Stan Tekiela is the author of more than 165 field guides, nature books, children’s books, wildlife audio CDs, puzzles, and playing cards. He has received various national and regional awards for his books and photographs. He lives in Victoria, Minnesota.