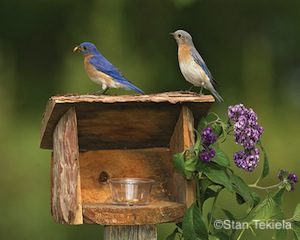 Stan Tekiela, author of Backyard Birds: Welcomed Guests at Our Gardens and Feeders, understands the thrill of bird-watching. The award-winning author and naturalist has been studying and photographing backyard birds for more than 25 years.

Backyard bird feeding is a relatively new pastime. It wasn’t until after World War II that people started to feed birds for recreation. Eventually, when people moved off farms into urban and suburban settings, we started losing our relationship with the natural world. To reconnect, we began feeding the birds in our yards.

Most of our backyard birds are small. Take the Ruby-crowned Kinglet, for instance. At only 3–4 inches tall, it’s one of the tiniest birds in your yard. Many of our backyard birds are also fabulous songsters. Have you ever noticed that it’s the small birds that sing so much and so beautifully? This relates to their environment. When a tiny male bird is in a big forest with tall trees, thick underbrush, and lots of shade, it’s hard to be seen and attract a mate. So birds in these habitats sing complex, loud songs to get the job done. Birds of the prairie also sing loud, clear songs, but they do it for long-distance communication. 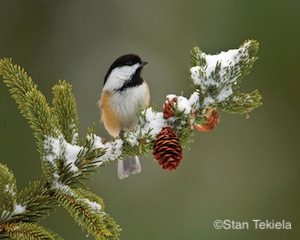 Tiny, brightly colored forest birds have another relationship with their surroundings. Small songbirds, such as Blackburnian Warblers, have bright feathers that shine in dimly lit habitats. Male birds need to be seen in the dark shadows under a tree canopy, and the males of many species are brightly colored, unlike the females. Their bold appearance conveys fitness and the ability to be a good provider and father.

Preserving the Habitat of the Backyard Bird 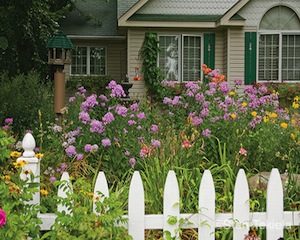 Throughout the eastern half of America, backyard bird populations are in big decline. Most of this is a result of clearing forests and grasslands for homes and shopping malls. With the nesting habitats destroyed, there’s no place for the birds to reproduce. In general, many songbirds and backyard bird populations are down 50–70 percent from 50–75 years ago. The key to reversing the decline in backyard birds and songbirds is to preserve their habitats. You can start by converting your yard into a nesting and feeding habitat and, at the same time, curbing the use of insecticides and herbicides. Providing birds with food and water is an excellent way to draw them to your personal wildlife refuge. 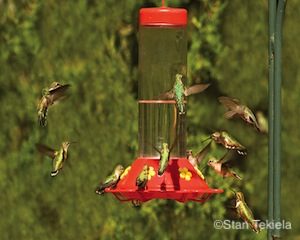 By most surveys, tens of millions of Americans feed birds in their backyards. These surveys suggest that more than 60 million Americans (20 percent of the population) feed birds. This is greater than the combined number of people who play the three major sports in America—basketball, baseball, and football!

A few surveys asked Americans why they feed birds. More than 80 percent said they wanted to draw the beauty of nature closer to their own yards. Others said they liked the fun of seeing birds; a small percentage said they wanted to help the birds with extra food offerings. About two-thirds of the respondents were women and over half were above age 45. Most had been feeding birds for more than 15 years. Some reported that feeding birds was therapeutic, while others felt it was educational. 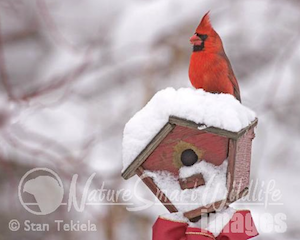 No matter how much you feed the birds, they won’t become dependent on your food supply. Birds have wings, and they know how to use them! They will continue to forage for wild food even though your feeder may be full. When your feeder runs dry, they simply search for food in the wild like they did before you started feeding them.

Studies about bird feeding show a generally positive impact on birds that visit feeders under certain conditions. Some conclude that backyard bird feeding can help the overall survival of birds only during the coldest and snowiest winters. In general, during the coldest and snowiest winters, birds with regular access to food have a higher survival rate (69 percent) than those without (37 percent). These birds are in better condition in the spring, and a few species have increased nesting success. The study also suggests that during normal-weather winters, there is not much advantage.