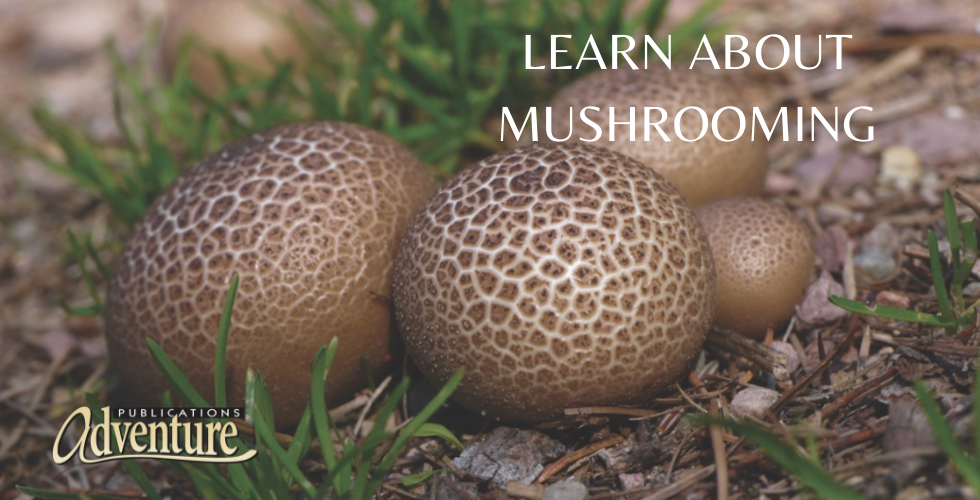 Mushrooms are a common sight throughout the damp coniferous forests of the Pacific Northwest. Dr. Robert Niese, author of Backyard Science & Discovery Workbook: Pacific Northwest, tells us all about it.

Most fungi, like the cap mushrooms you can buy in the grocery store, are decomposers that dissolve decaying material around them and absorb it using an ultra-fine web of root-like structures called a mycelium. Most plants have an intimate and beneficial, or mutualistic, relationship with fungi, where they trade nutrients to the fungus in exchange for access to its impressive mycelium. This allows the plants to absorb minerals and water from the soil more efficiently and even allows them to send messages to nearby plants!

This enormous underground mycelium network makes up the bulk of an individual fungus’s body. That mushroom cap poking up aboveground is just a small part of the whole organism. In fact, the largest organism on the planet is a honey mushroom from Malheur National Forest in northeastern Oregon. Its mycelium spans an area of approximately 1,350 soccer fields in size and is thought to be between 2,400 and 8,650 years old! And to top it all off, the honey mushroom is one of only a few fungi in the US that is fluorescent (glows in the dark)!

If you’d like to learn how to identify and eat wild mushrooms in your own backyard, get in touch with your local mycological society and join them for a monthly mushroom hunt! It’s always best to learn from an expert before attempting to collect fungi on your own. Many species are deadly and often resemble mushrooms that look edible. Be safe and don’t eat wild mushrooms unless they’ve been identified by an expert!

About the author: Dr. Robert Niese is a lifelong nature nut. He has been collecting and identifying plants, animals, fungi, rocks, and fossils ever since he was a child, exploring California’s diverse habitats. As an undergraduate at the University of Puget Sound in Tacoma, Washington, his hobbies became invaluable skills; he was hired by the Slater Museum of Natural History to write and implement science curricula for hundreds of elementary school classrooms throughout western Washington.

In 2013, Robert took his enthusiasm and expertise for Pacific Northwest flora and fauna to Montana, where he received his Ph.D. in comparative vertebrate anatomy. In his free time, he wrote nature journal entries for his blog, NorthwestNaturalist, which has thousands of followers. Today, Robert continues to teach college students about mammals, plants, birds, and bones, both in the Pacific Northwest and in Costa Rica, where he is an instructor for study-abroad courses.

If you enjoyed this post, sign up for our newsletter now and order your copy of Backyard Science & Discovery Workbook: Pacific Northwest here.