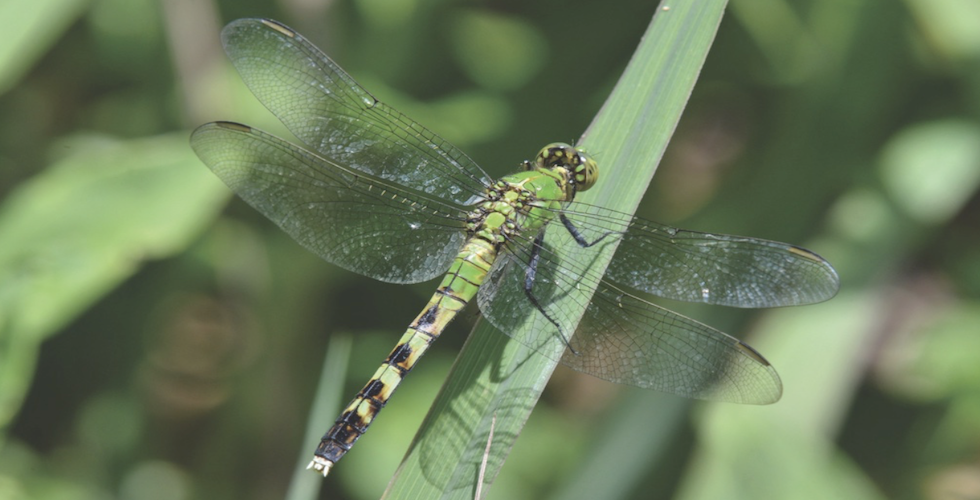 As far as state flags go, Washington’s is unique. Most state flags feature nods to historically important industries or landmarks, but
Washington State’s features something else altogether: an image of
George Washington, for whom the state is named. Washington is the only state named for a US President, and it’s also the only state with a president on its flag.

The Coast Rhododendron of the Pacific Coast and the Cascades isn’t the showiest member of its genus, as its blooms are somewhat small, but its purple flowers are delicate and gorgeous. This species was officially named the state flower in 1959, but it has a far longer tradition in that role.

In the run-up to the 1893 World’s Fair, which was held in Chicago, Washington held a vote to determine which flower would be dubbed the state flower. The vote was only open to women and it pitted fans of clover against the coast rhododendron.

The rhododendron won, but the story is also bittersweet: the election for the state flower was held well before Washington women had the right to vote in political elections. That didn’t come until 1910.

Washington State’s forests are famous for towering trees. Appropriately enough, the state tree, the Western Hemlock, can reach an impressive 255 feet. It’s not the tallest tree in the state (that honor goes to the Coast Douglas-fir, which tops out at around 270 feet), but it’s iconic and important as a shade tree in old-growth forests. Its sweeping branches help create the shady conditions found in the Evergreen State’s understory, and its drooping top makes it easy to identify taller specimens.

The Steelhead Trout is the state fish. It is the same species as the Rainbow Trout, but they have different common names because of their varying lifestyles. The Rainbow Trout lives in freshwater all its life; Steelheads, on the other hand, travel downstream and out to sea.

In general, Steelheads tend to be larger and are a bit less colorful than Rainbow Trout. Both, of course, are popular targets for anglers and excellent table fare.

A subspecies of the American Goldfinch, the Willow Goldfinch is the state bird. When breeding, the male is a bright yellow that’s impossible to miss. The female is more of a drab brown—and so is the male outside of breeding season (summer). Happily, the goldfinch is a year-round resident in much of Washington and a welcome visitor to bird feeders, especially sock-style feeders full of thistle.

Petrified Wood is the state gem. Washington is well-known for its volcanoes and impressive geology, but its paleontological history is fascinating too. Petrified Wood retains the structure and texture of wood, but its cells have been replaced with heavy, often beautifully colorful minerals, making it a sight to see.

One of the best spots to see it in Washington is at Ginkgo Petrified Forest State Park, where visitors can hike past fossils of massive trees that date back more than 15 million years. The trees fossilized after being buried in volcanic ash; over time, water trickled in, replacing the wood with minerals that preserved the structure and appearance of the wood. More than 50 fossil species (many extinct) can be found on-site, but the most famous logs are from gingko trees, a “living fossil” that still exists today. Take note, however: Fossil collecting is not allowed at the park.

The state insect is the Green Darner Dragonfly, which is more interesting than most. It starts out as a larva, but you won’t find it zooming around in the air because it is aquatic, and the nymphs (as they are known) live in the water where they feast on tadpoles and mosquito larvae. The Green Darner larva is particularly well-known for its odd way of getting around—it shoots water out of its rear-end to zoom about. Its time as an adult is limited—it’ll only last for the summer—but it’s an impressive sight, cruising along at up to 25 miles an hour and snatching bugs out of the sky.

Washington State grows more apples than any other state—by far. In fact, it grows more than half of all apples in the US, more than 130 million boxes’ worth per year. It is, therefore, no surprise that the apple is the state fruit.

Mammoths once roamed Washington and much of North America, and their fossils have been found throughout the state. Mammoths resemble elephants (and are related to them). The Columbian Mammoth was dubbed the state fossil through the efforts of elementary school students at Windsor Elementary School.

The Pacific Tree Frog is the state’s amphibian. Its name is a bit of a misnomer. It doesn’t usually live in trees, instead preferring to live on the ground or in a burrow. Found throughout much of the state, these frogs range in size from just under an inch to around 2 inches long.

The state’s mammal is only found on the Olympic Peninsula. The Olympic Marmot is an adorable ground squirrel, once a relatively common sight in Olympic National Park, where its high-pitched whistles were a familiar part of the park. Today, its numbers are dwindling, largely due to predation from coyotes, and plans are underway to help stabilize the populations. The marmot’s whistle is something of a funny sight: the marmot stands up on two legs, holds its front legs by its side, and then whistles. When it does, it looks like it’s a person yelling, but the sound that comes out is a high-pitched squeak.

The majestic Orca is the state marine mammal. Also known as killer whales, the Orcas are an icon of the region, and they’re especially popular in Washington, where whale-watching and Orca tours are common. Did you know that Orcas aren’t actually whales? They belong to the dolphin family instead—like dolphins, they are famous for breaching (leaping out of the water). Unfortunately, Washington’s Orca populations are currently listed as endangered, with only a few dozen individuals remaining. Efforts are now underway to identify the causes of population decline and address them.

And who would have thought that the Walla Walla sweet onion is the state vegetable? Walla Walla is named for the indigenous Walla Walla people, and today the area may be most famous for its namesake Walla Walla sweet onions. The actual plants originated on Corsica, an island in the Mediterranean, but seeds were brought to Washington by Italian immigrants toward the end of the nineteenth century. There, the conditions were ripe for growing onions, and they’ve been grown in Walla Walla ever since. The city even holds a Sweet Onion Festival each year.

Lady Washington, a replica tall ship named after an eighteenth century sailing ship of the same name is the state ship. Built on the East Coast, she was the first US ship to arrive on the Pacific Coast, and her crew was involved in trade efforts on the coasts, as well as in Japan and elsewhere. The replica ship was built in 1989 in honor of the Washington State centennial. Harbored in Aberdeen, Washington, the ship offers ticketed sailing excursions, can be chartered, and is a common sight at festivals and events in the Pacific Northwest. You can even volunteer to serve as a crew mate! Find out more here.

Last, but not least, Washington has a state waterfall, the Palouse Falls. Located in Palouse Falls State Park in Eastern Washington, Palouse Falls tumbles 198 feet into a massive gorge. Higher than Niagara Falls, Palouse Falls is also famous for its stunning scablands scenery. The best time to visit is when the water level is up (usually spring or summer). Incredibly—though this is not recommended—Washington kayaker Tyler Bradt kayaked over the falls and survived to tell the tale. (Again, please do not attempt this.)

Order your copy of Washington Day Trips by Theme here. If you enjoyed this post about the Washington State symbols, sign up for our newsletter now!