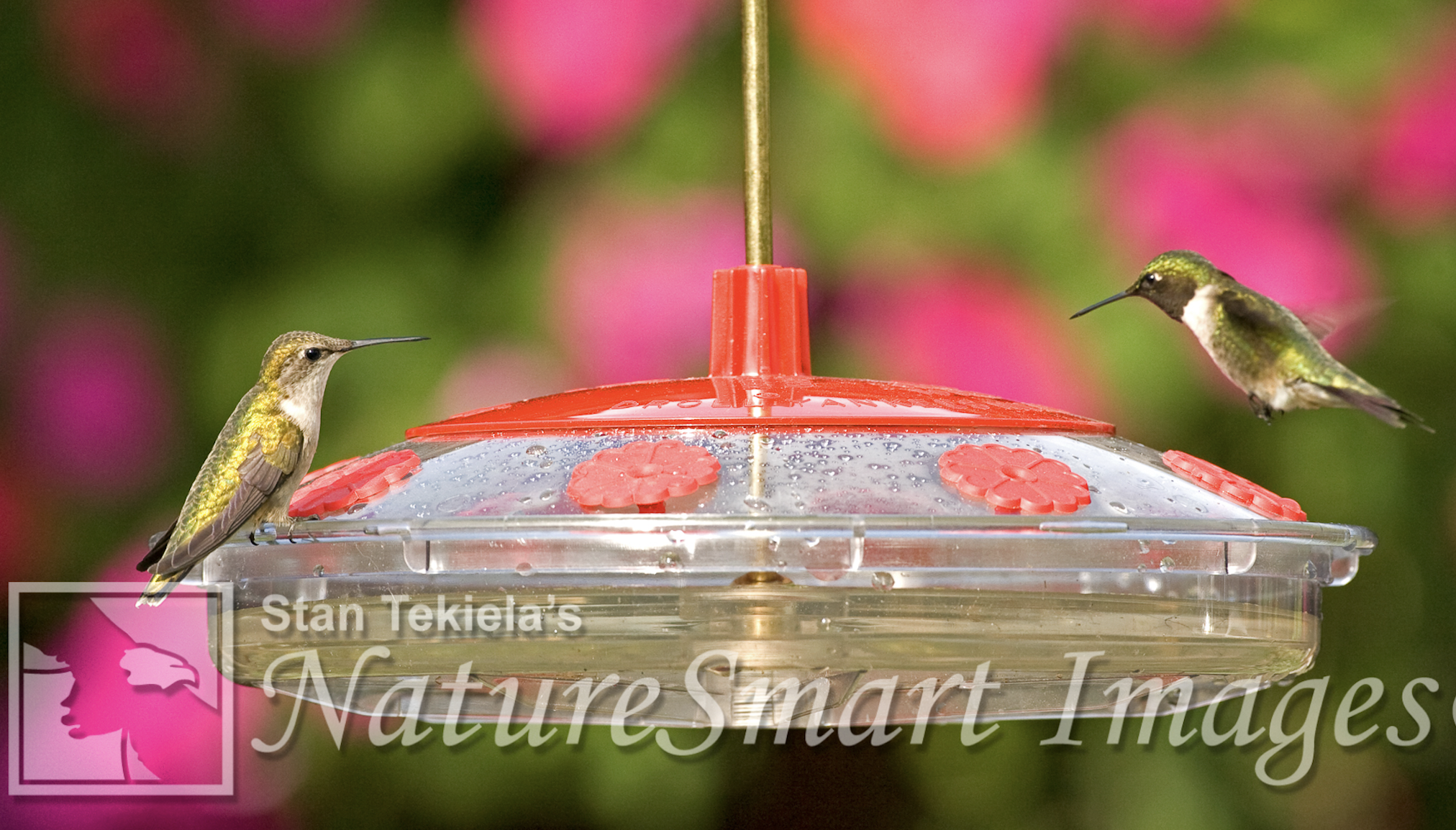 Hummingbird Migration is About to Start

Soon the hummingbird migration will begin, and Stan Tekiela is sharing what you need to know about one of our favorite backyard visitors.

Well, it’s that time of year again. The countdown is on, and it’s just a matter of a few precious days to a week before we’ll say goodbye to one of our favorite avian backyard residents—the hummingbird. Yes, the migration is on for these tiny jewels, and it will be another 6 to 7 months before we see them again.

Unlike some of the more familiar backyard migrants like the American Robin, which only migrates as far south as it needs to escape the cold and snow, hummingbirds are neotropical migrants, which is to say they migrate all the way to the tropics of Central and South America. Even our ducks and geese wimp out on migration when compared to the hummingbirds.

Hummingbirds feed on nectar from flowers, making them important plant pollinators. They do not like flowers with nectar concentrations of less than 10% and prefer flowers with a sugar content greater than 25%. Nectar is a great source of quick energy but a very poor source of nutrients, so hummers get their protein, amino acids, vitamins, and minerals from eating insects. Most of these insects are caught on the wing or gleaned from leaves and flowers. Because their bills are so small, most of the insects they catch are tiny, soft-bodied gnats. For example, mosquitoes are too large for a hummingbird to fit in its beak.

During flight, hummingbirds flap their wings 25-50 times per second. The smaller the hummingbird species, the faster they flap. All this wing activity creates a humming noise, which is how they got their name. Some species can flap up to 100 times per second during specialized courtship flights.

Hummingbirds have the highest metabolism of all animals. Their heart rate can reach as high as 1,250 beats per minute. All this activity is powered by the food they eat. They consume more than their own body weight in nectar each day. To do this they are constantly searching for new flowers. They need to visit hundreds of flowers each day to meet their daily nectar requirements. They are unable to store large amounts of fat for long-term survival; as a result, all hummers are just hours away from death each day and night. Therefore, many hummers jealously guard nectar feeders that people put out for them.

Finding adequate food supplies is always a challenge for hummers, especially during migration. Hummingbirds migrate at night. Yep, that’s right, these tiny birds migrate at night in the dark. This allows the hummers to spend the daytime hours searching for food. If the weather and winds are just right at sunset, they strike out for a full night of flying, averaging only 20 to 30 mph. Using the stars and major landforms such as rivers or mountain ranges to navigate, they make their way southward. After flying all night, they fly down and start the laborious process of finding enough nectar and insects to get them through the day. Also, let me make one thing very clear. Hummingbirds don’t migrate on the backs of geese. This is such a common myth and is totally ludicrous.

Another very ridiculous myth says that you need to take down your hummingbird feeders at this time of year to force them to migrate. This is actually more harmful to your hummers because you are removing a constant food source. It’s important to keep your hummingbird feeders up and full of fresh nectar at this time of year. You may just save the life of one of our most amazing birds.