The Wonderful World of Agates

James Magnuson, author of The Storied Agate, shares with us his love for Lake Superior Agates.  These gems are wonderfully diverse and colorful lovers of light. 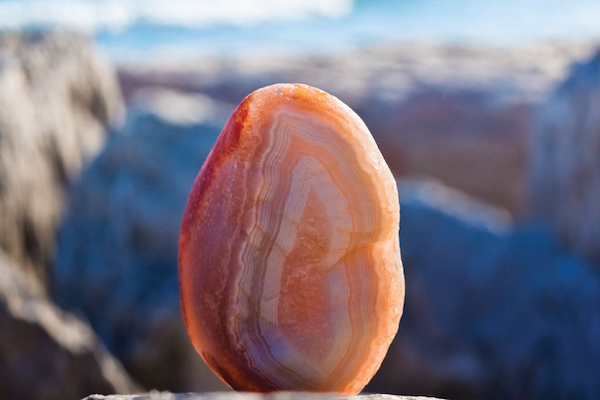 Over 1 billion years ago, the Lake Superior basin was formed by massive lava flows. Inside the cooling lava, air pockets were formed—most no larger than a pea but some much bigger. Over hundreds of millions of years, fissures (cracks) formed in the cooled lava. As silica (quartz) liquids flowed through the fissures, the air pockets were slowly filled, and the liquid hardened slowly, one layer at a time. These layers are commonly known as fortifications. The most common Lake Superior Agates are fortification agates—gemstones with concentric, patterned rings. There are many other kinds of Lakers—eye agates, tube agates, moss agates, and so on. 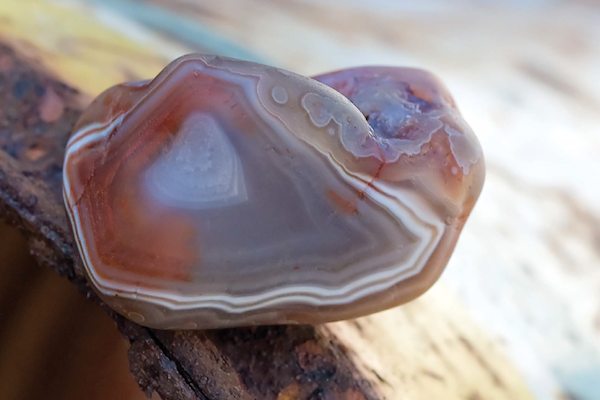 Agates may have formed because of fire, but they are widely distributed thanks to the ice. Over hundreds of millions of years, the lava crumbled and the much harder silica-based agates weathered out of the host stone. The ice ages that occurred—some only tens of thousands of years ago—bulldozed hundreds of millions of tons of sand, dirt, and stone and pushed this payload across the Upper Midwestern landscape. 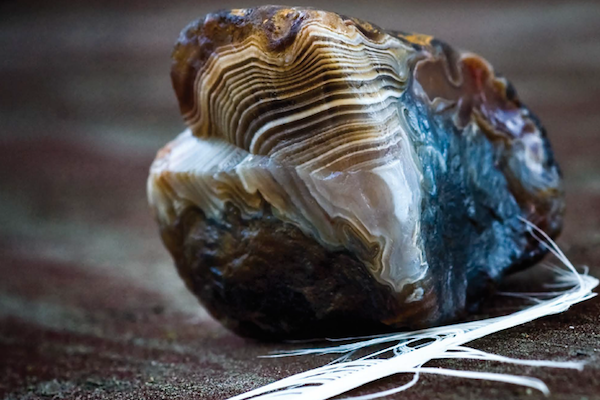 As the ice sheets receded, massive deposits of glacial till were left at the surface level in large, dense pockets. Running water, mostly in the form of rivers, distributed these glacial deposits even more, pushing some materials all the way to the Gulf of Mexico. 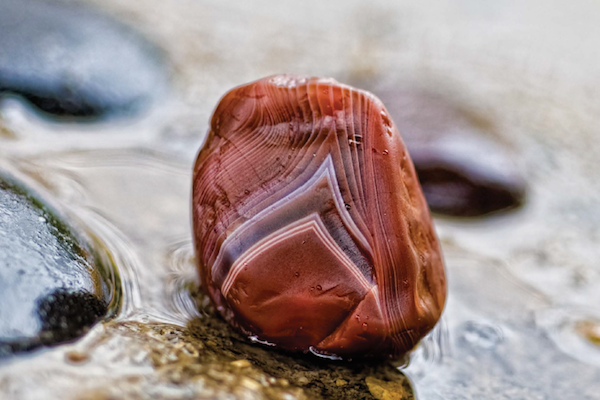 Spring is the best time of year for agate picking in farm fields. In the Upper Midwest, new rocks come up from beneath the surface every spring—giving rise to the term “winter potatoes.” (Notice the “back” side of this beauty; it is a virtual baking potato!) After a few good rains, these “potatoes” are cleaned and ripe for the picking. There are a couple of good things about picking in farm fields—you can walk the nice straight rows that have been plowed to keep track of where you’ve been, and you get occasional visits from geese, pheasants, and other wildlife. 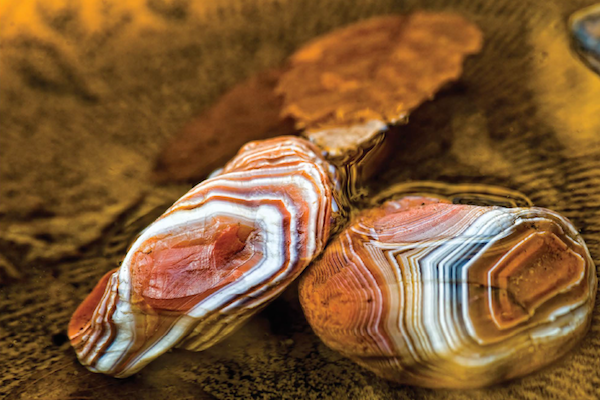 This photograph  shows two eye agates—one of the rarest types of Lake Superior Agates. Eye agates are almost always less than 1 ounce in weight, so if you are hunting for these, you need to be looking for smaller stones. These stones have “eyes”—bands in perfect concentric circles. Three dimensionally, the eye exists as a perfect hemisphere in the host banded agate, and the depth of the eye formation is therefore never more than the radius of the eye itself. Eyes can occur in varying degrees near the outside surface of any nodular, banded agate, and they will sometimes occur along with more standard agate bands or “fortifications.” The eye agate on the left is a stone that I found at the end of a long and fruitless day. It was sitting faceup in a sandy pile, and it was absolutely radiant, despite its diminutive size. This gemstone is a real eye-catcher! 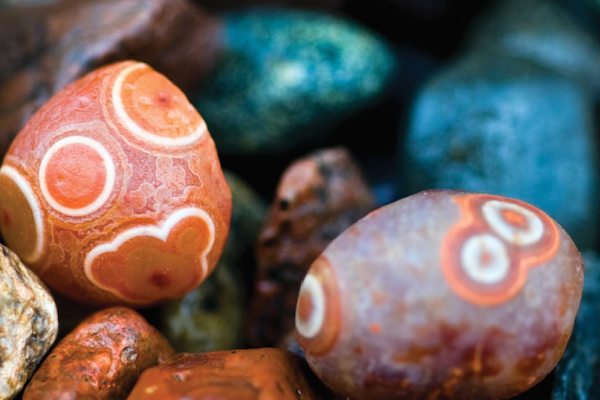