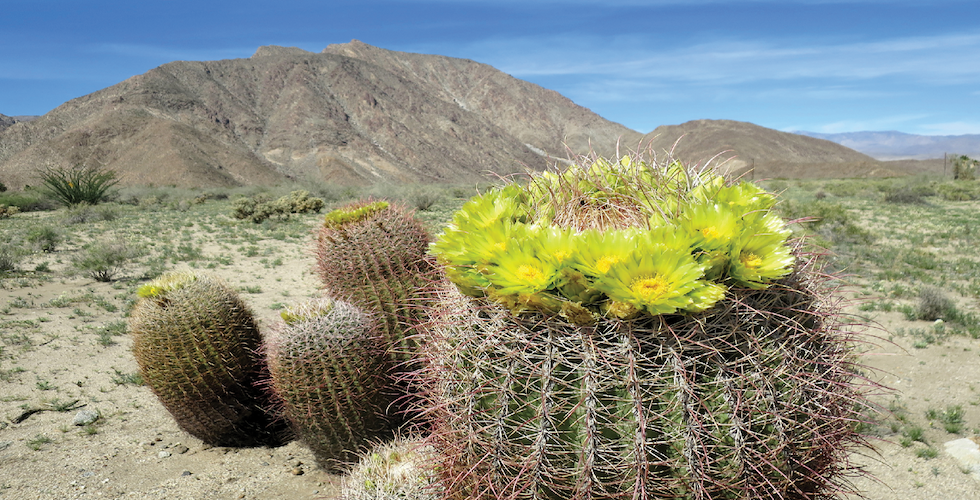 Do You Know How Exciting Life in the Desert Can Be?

Have you ever wondered which animals thrive in the American Southwest and how they survive? In Desert Life, Karen Krebbs spotlights more than 80 species of plants and animals, with a special emphasis on how to spot them and how they survive in the Chihuahuan, Great Basin, Mojave, and Sonoran deserts. Find out how you can have a wonderful and safe desert visit.

Indigenous peoples have lived in the deserts of the Southwest for thousands of years and produced distinct cultures rich in story, architecture, and art. Despite immense challenges, these cultures are still thriving today. They have survived partly thanks to their deep understanding of the ecosystem, the flora and fauna, and the environment.

Javelinas can eat prickly pear cacti; somewhat incredibly, rattlesnake bites do not seem to have any effect on javelinas!

When bighorn sheep males engage in horn clashes to determine dominance, it gets loud. The resulting crashes can be heard for at least a mile! Bighorns can also go a long time without water—up to a week.

Even though they aren’t cats, ringtails are sometimes called “miner’s cats” because they once lived alongside miners, who welcomed them in as predators of mice and other vermin.

Bats are famous for being able to “see” with sound in the dark, but they actually aren’t blind.

Most animals avoid rattlesnakes, but roadrunners actually seek them out—in order to eat them! Bird pairs usually act together to subdue a snake. While one bird approaches the snake from the front, the other bird sneaks up behind it, grabs it, and crushes its head on a rock or the ground.

Snakes kill and consume many mice and rats. This fact alone makes snakes very beneficial; nonetheless, many snakes are indiscriminately killed by people each year.

Some horned lizards can actually launch blood up to 6 feet from their eyes toward a predator. Horned lizards also have chemical countermeasures to protect themselves from their prey.

Contrary to their name, which means “thousand legs,” millipedes only have 34 to 400 legs! The record is held by a species with 750 legs, which is more than any other animal!

Don’t mess with the pinacate beetle. When threatened, it stands on its head and releases a foul, oily fluid from the tip of its abdomen. They can hurl the smelly fluid up to 20 inches away and can repeat the process if a predator doesn’t back off.

Frogs and toads know just when to emerge from their underground burrows for the rainy season. How? They can feel the vibrations from thunder and rain, which signal that it’s time for them to emerge, eat, and breed.

Cochineal bugs feed on prickly pears. When crushed, these bugs produce a red or purple dye, which has been used by indigenous peoples for centuries. Also known as carmine, the dye is used in a wide variety of food products, paints, and more.

Teach children about the desert with Desert Life of the Southwest Activity Book. With an introduction by Karen Krebbs and coloring pages by Phil Juliano, alongside word finds, mazes, and more, young nature lovers will discover fascinating facts about everything from scorpions and javelinas to sagebrush and cacti. Your children will never view deserts the same way again!

If you enjoyed these tips about a safe desert visit and the activity book for children, sign up for our newsletter now!