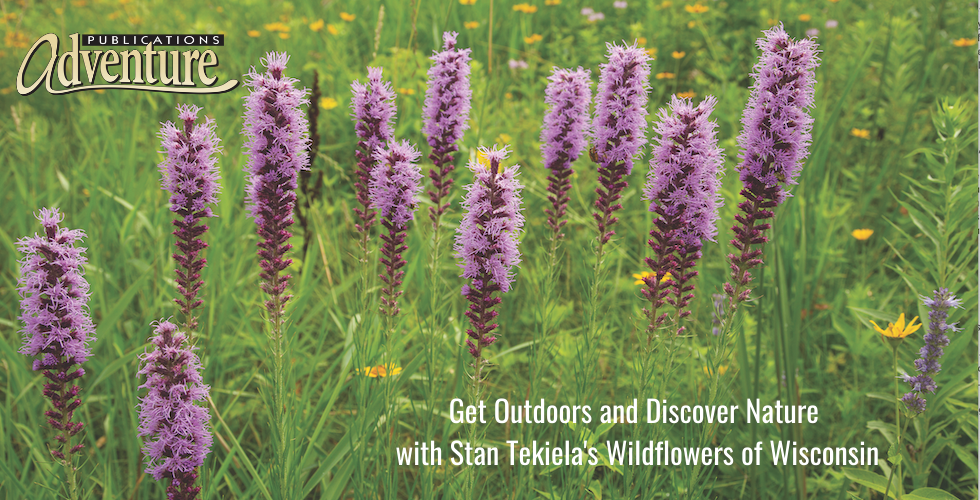 Get Outdoors and Discover the Wildflowers of Wisconsin

Also called Bluebell, the Harebell, one of several species of Campanula found in Wisconsin, is the smallest member with the thinnest and weakest stem. Its basal leaves are round, hence the species name, rotundifolia (round leaf).

Like other members of this genus, its stems exude a milky sap. Its drooping flowers are adapted for specific insect pollination and also protect the pollen from rain and dew. The Harebell often grows in clumps and does well in gardens, but please don’t dig it from the wild. This circumpolar plant grows at similar latitudes all around the world.

The Harebells bloom in summer and can be found in wet, sunny, rocky outcroppings along rivers, in meadows, and prairies.

In early spring the Pasqueflower, also called Crocus, is one of the earliest plants to bloom in Wisconsin. Pasqueflowers are usually only found in native prairies on sunny slopes. The entire plant, including the flowers, is covered with silvery soft hairs that may trap warm air next to the plant in the cool spring air. The common name is derived from its blooming time, often during the Easter (Paschal) season.

The showy perennial Wood Lilly thrives in prairies and dry deciduous and coniferous forests. The Wood Lily is the only upright-pointing lily. It is also called Prairie Lily because it grows on the prairie. It grows from a large, scaly underground bulb. The Wood Lily is toxic to cats if ingested and shouldn’t be grown in gardens visited by domestic cats. The flower is also known as Fire Lily, Western Red Lily, or Philadelphia Lily.

The Showy Lady’s Slipper is the largest and most impressive of the orchids found in the state. It should never be handled or dug up, as this long-lived plant takes up to 15 years to mature and form flowers. Some people get a Poison-Ivy-like rash from touching its stem’s glandular hairs. Also called the Pink-and-white Lady’s Slipper, the orchid loves a wet habitat and can be found in swamps, moist woods, and slow-moving streams.

A large, showy, autumn-flowering plant, New England Aster features highly variable flower color, ranging from pink to lavender or from blue to white, although it usually presents a rich purple. Its stems are often hairy and crowded with clasping leaves; leaves near the ground fall off early, leaving “naked legs.” It is often grown in gardens. It’s a great nectar plant for its long bloom time in autumn. The New England Aster is heavily visited by migrating Monarch butterflies.

Grab Wildflowers of Wisconsin Field Guide for your next outing―to help you positively identify the wildflowers in your state. You can order the book here.