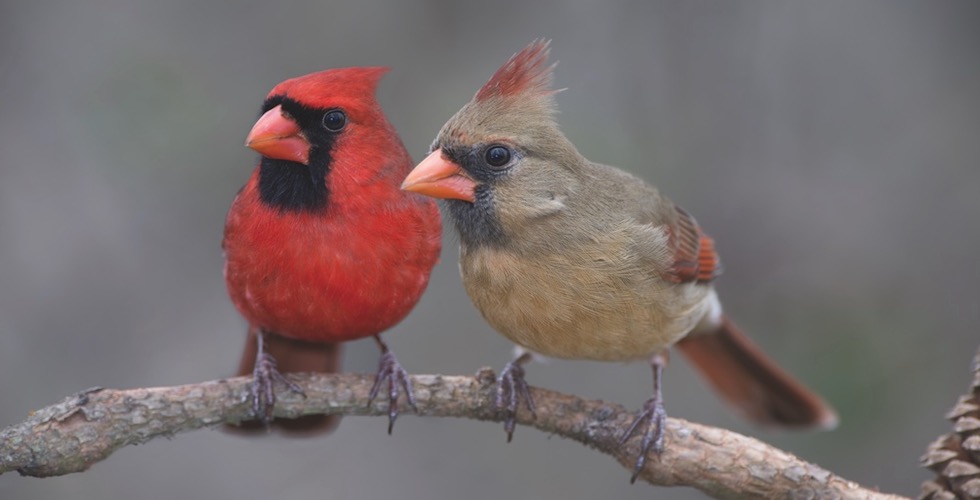 Do You Know Your Southern State Birds?

In today’s post, Erika Zambello, author of Backyard Discovery & Science Workbook: South, tells us about the state bird of each southern state.

Why are state symbols important? Because they tell a story! By voting on symbols, elected officials and citizens are highlighting what makes their states—and their homes—special.

A good way to get to know your state is by learning your state’s official symbols. From the state bird and flower, which you might know already, to lesser-known categories, such as state amphibian, gemstone, or fossil, these iconic plants, animals, and materials have a long history with their states. Of course, not every state has symbols for the same categories—some states even have a state soil!—and some have many, while others recognize only a handful.

Some Southern states share the same state birds, such as North Carolina, Virginia, West Virginia, and Kentucky, who all chose the Northern Cardinal. One of America’s brightest-colored species, Northern Cardinals spend the entire year throughout the eastern United States. Northern Cardinals love backyard bird feeders; they are particularly drawn to sunflower seeds. If you leave uncleared undergrowth in your backyard, including bushes and hedges, you may also attract nesting pairs! Males (pictured) are a brilliant red all over, while females are mostly tan with touches of red.

Mississippi, Florida, Texas, Arkansas, and Tennessee all picked the Northern Mockingbird as their state bird. Northern Mockingbirds are incredibly common. They live year-round in the South, Northeast, and certain Southwestern states. They are loud, mimicking other birds, as well as human noises like horns and car engines. They may not visit feeders, but they have adapted well to suburban environments and can often be spotted singing from trees, lampposts, and rooftops. Plant mulberry or other fruiting bushes to attract them.

The Brown Pelican is the state bird of Louisiana. Once nearly extirpated from Louisiana, Brown Pelicans have made an impressive comeback. They can be seen year-round along Louisiana’s coastline. They live and feed exclusively along the coast. Keep your eyes peeled for these large, brown birds during trips to the beach.

The Brown Thrasher lives in the South year-round and is the state bird of Georgia. These birds prefer to forage in dense thickets and undergrowth, making them more difficult to spot. They do, however, love to sing, so listen for a series of mimicking songs. They know thousands! They will visit feeders, especially if the seed falls to the ground. If feeders are close to dense vegetation, they are more likely to visit.

South Carolina chose the Carolina Wren. Small but feisty, Carolina Wrens spend their lives in the South year- round. With brown wings and tail above and a buff-colored stomach, they are easily identified by their white eye stripe and upright tail. Add suet feeders to your yard during the winter months, and you will attract Carolina Wrens. Do you have a brush pile in your yard? Great! Wrens love to take shelter in the cracks and crevices of the overlapping branches.

The state bird of Alabama is the Northern Flicker, also known as the Yellowhammer. Northern Flickers are found year-round in Alabama and across the United States. In the summer months their range extends into Canada. Though they don’t usually eat from feeders, they will use nest boxes and birdbaths, especially if your yard is near woodlands.

If you enjoyed this post, order your copy of Backyard Discovery & Science Workbook: South here, and sign up for our newsletter now!