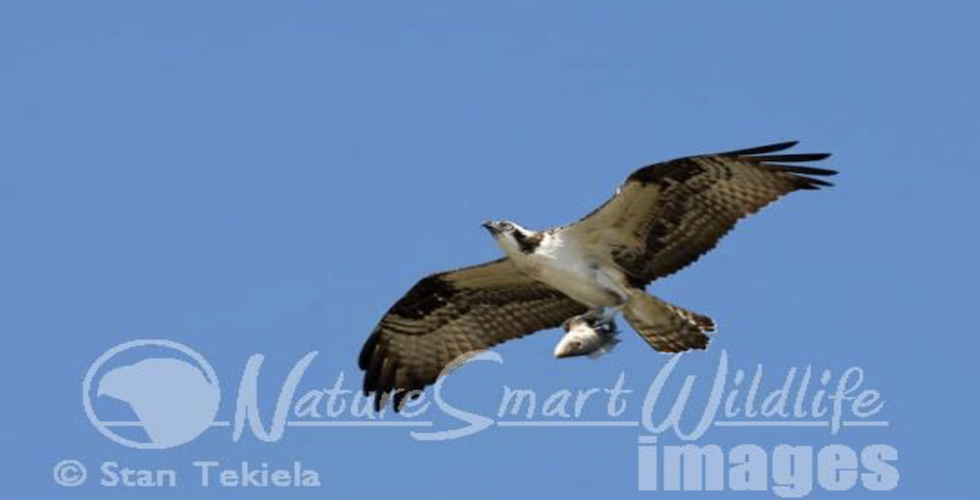 A Tale of a Nest Within a Nest

Stan Tekiela, naturalist and wildlife photographer par excellence, tells a tale of a nest within a nest.

It had been nearly 2 hours and I was still waiting, perched high up in my aerial blind, nearly 25 feet above the ground. I’d been patiently waiting for an adult Osprey to return to the nest with a meal for the two young raptors waiting within. My aerial blind is like a cocoon suspended in mid-air. It is completely covered by camouflage material, which conceals my presence to the raptors yet allows me a near eye-level view to capture images of the raptor occupants in the nest.

For those who don’t know, the Osprey is a large bird of prey that makes a living by fishing. They are often called Fish-hawks or Fish Eagles, but they are neither hawks nor eagles. They are in their own family or class of birds with no close living relatives.

I am always amazed at the resourcefulness of birds when it comes to nesting, eating, and surviving. In this situation, the sparrows are taking advantage of a safe and protected nesting site that is 35 feet up in the air and protected by a large raptor. This is a great way to maximize your offspring’s survival rate because you don’t have to worry about the fish-eating Osprey eating your babies. And any predators that might try to raid your nest will surely be driven off by the Osprey.

This got me thinking about a time a couple of years ago, when I was photographing a Canada Goose pair that had taken over a nest of another bird species and was using the nest to incubate their own eggs. The thing is, the nest belonged to a Red-tailed Hawk, and it was located nearly 50 feet above the ground in a tall Cottonwood tree in Wyoming. The mother sat and incubated her eggs for the full 28 days before her goslings hatched. I can only imagine the young goslings’ first step outside the nest would have been a rude (50-foot) awaking.

This spring I spent some time capturing some images of a mother Mallard Duck nesting. Again, there was nothing unusual about that, except that the nest was located about 25 feet up in the fork of a large Silver Maple tree. Originally, the nest was constructed by a squirrel. The Gray Squirrel is notorious for constructing many “extra” nests. These nests are usually made of dried leaves and are used as emergency shelters.

The female Mallard took advantage of this handy platform and made herself right at home on top of the dried leaf nest. All she needed to do was make a small depression in the leaves to hold her clutch of eggs.

Again, I watched and photographed as, day after day, the mother Mallard sat and incubated her eggs. Again, for about 28 days the eggs were incubated. During this near-month-long period of time, the mother clung to the nest during violent spring storms, packing strong winds and driving rains. After each major weather event I would check on her to see if she made it and there she sat, as if nothing had happened. On sunny days she slept and rested.

At the end of the incubation time, the young ducklings jumped out of the nest and down to the ground and followed the mother a short distance to a shallow pond nearby. What an amazingly resourceful mother to make her nest up in a tree, away from many land-dwelling predators.

The point is, nature doesn’t always follow the rules we think are in place for them to follow. Nature is dynamic and ever-changing and is never really the same. Not all Mallards or Canada Geese nest on the ground and not all sparrows nest in trees. We people should take inspiration from these natural rule breakers of nature and accept what comes naturally. Be yourself and don’t worry about what others may think or say. You need to be YOU and let others be themselves.