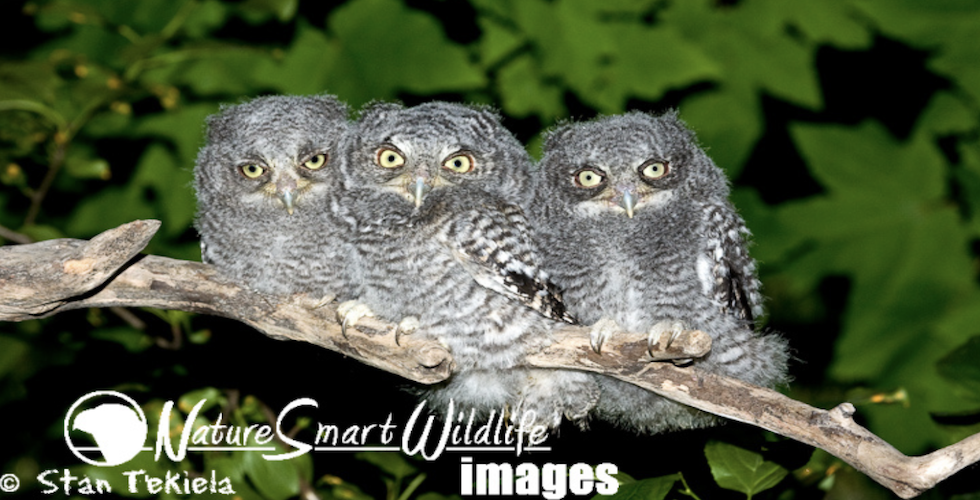 Searching for the Elusive Western Screech-owl

Stan Tekiela, naturalist and wildlife photographer, searches the southern Arizona desert for the elusive Western Screech-owl. Let’s join him on his adventure!

Exploring the desert at night ranks up there as one of my most favorite adventures. Recently, my photographer partner and I were in the Sonoran Desert in southern Arizona, searching for the elusive Western Screech-owl. After driving many miles deep into the dark desert, I had parked my truck near a dry creek bed, which in this area is called a “wash.” The first thing you notice in the desert at night is the amazing blanket of stars above. From horizon to horizon, thousands of stars light up even the darkest, moonless night. 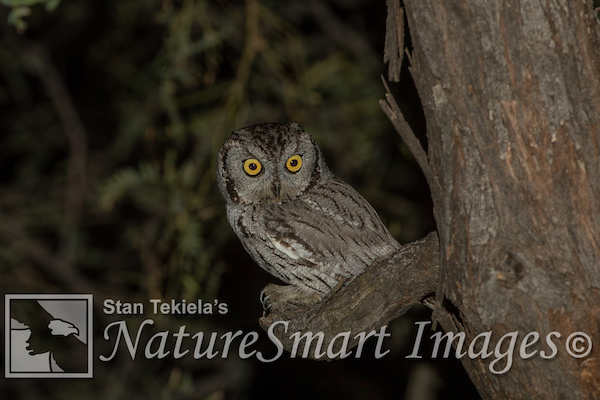 The desert is filled with many species of cacti, but it’s only the narrow strips lining the washes where any trees grow. Not only are the trees restricted to these areas, but the trees don’t grow very tall. A towering giant of a tree in the desert would only be 20 to 25 feet tall. These trees provide habitat for the Western Screech-owl.

Screech-owls are small raptors, standing only about 7 inches tall. Females are larger than males, but they still only weigh 4 to 8 ounces. They are gray with dark markings. Unlike the Eastern Screech-owl, which comes in two different colors, gray and rusty red, there are no rust morphs in the Western Screech-owl. In the not-so-distant past, the Eastern and Western Screech-owls were considered the same species. But genetics show us many differences, such as the bill color and especially their calls. 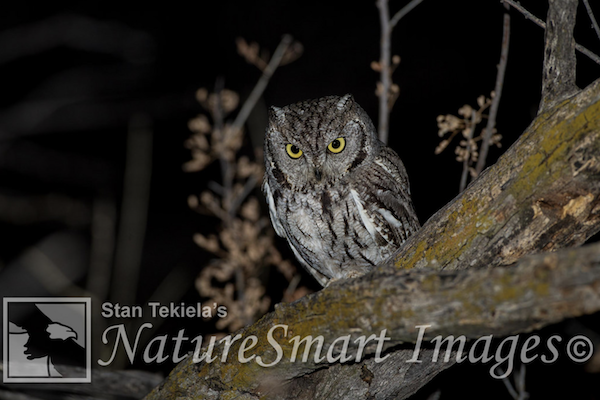 Leaving the truck, my partner and I pulled together our camera gear, flashes, tripods, and flashlights. We walked back to the dry wash that crossed the road. The sound of sand crunching under our footsteps was the only thing we heard. Using headlamps, we worked our way up the wash, carrying our camera gear, ducking under low-hanging branches, and walking around rocks and fallen logs.

We found a small clearing and stood together and switched off our headlamps. Silence fell across the desert. It was the kind of silence that causes you to hear the blood rushing in your head and your ears to ring.

We waited in the darkness for a while, listening for the distinctive call of the Western Screech-owl. We heard nothing, so we moved up the wash a bit farther to another clearing. Again, we waited and listened—and still, nothing. Several shooting stars streaked across the sky above, giving us great views of this uncommon phenomena.

We started to lose hope that we would find this elusive owl but decided to try the other direction down the wash. Heading back through the area we had just passed, we came back to the road and crossed to the other side. Just a few yards down the wash our path was blocked by a fallen tree. We had to make our way around, ducking again under branches and fallen trees. Back in the wash, we were able to make our way down, through the darkness, until we found a large clearing. Both banks of the wash were open and flat—a perfect spot to set up and wait.

Once again, we stood in the darkness with our ears straining to hear any faint sound. Suddenly, a small pack of coyote started howling not too far away. At best guess, there were three coyotes yipping and barking about 300 yards away. It was the kind of sound that makes the hairs on the back of your neck stand up. These are the moments that make you feel alive. About a minute later the coyotes fell silent. Standing there in the dark, we whispered to each other about how cool that experience was. Then, another coyote started to howl, this time much, much closer. I would say about 50 yards just down the wash. If it had been daylight, I am sure this coyote was so close that we would have seen it. 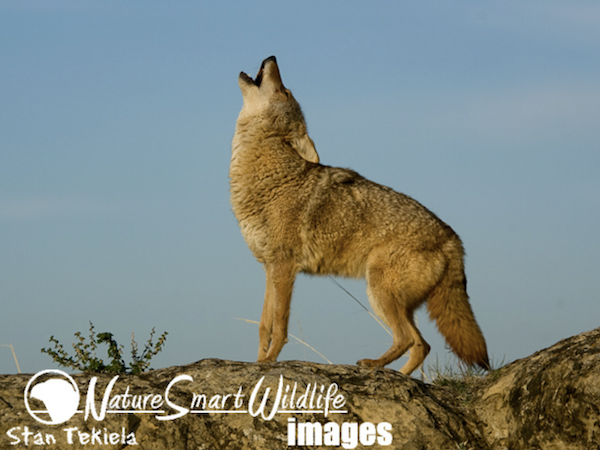 This encounter left us speechless. We just stood there. “Wow” was the only thing I could think to say. We nodded our heads in agreement. And once again it was silent.

A while later, I heard something moving in a tree nearby. We switched on our flashlights: Lo and behold, there was a beautiful Western Screech-owl. We were able to move closer and capture some amazing nighttime images of this “predator of the washes.”

If you enjoyed this story about Stan’s adventure searching the southern Arizona desert for the elusive Western Screech-owl, sign up for our newsletter now!