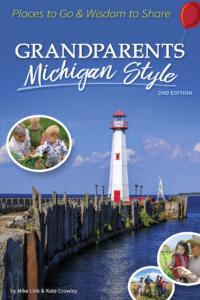 In today’s post, Mike Link and Kate Crowley share with us how ethnic festivals can be a great way for grandparents to bond with their grandchildren.

As grandparents, it is likely we are only two, three, or four generations removed from those who immigrated to the United States. Most European immigrants came in the 1800s and early 1900s; tragically, many people of African descent arrived against their will over 100 years ago. More recently, immigrants have arrived from Asia, Africa, and Central America. All of these people and cultures have been thrown together into what is often called a “melting pot,” but I consider it more of a “stew pot” because, while we are in the same country, living next to one another, together we create a delicious dish of traditions and beliefs, but we retain our identity.

We are like bits of carrots, potatoes, and onions—unique in flavor and appearance and proud of our places of origin. In Europe, people find it strange that we Americans identify or think of ourselves as hyphenated people: Irish-American, African-American, Italian-American, and on and on. But they are a people whose families have lived in the same country, often the same village, and sometimes even the same house, for centuries. They do not know the meaning of leaving the place where their roots go deep and settling in a totally new land. The custom of identifying ourselves with the old countries is something that will fade with time as each new generation becomes further removed from that distant homeland and as our grandchildren marry and intermix with others of multiple nationalities. We truly will become a sort of Heinz 57 citizenry, a beautiful blending of skin tones and accents and customs. But for those of us who grew up with the traditions, music, and stories of the lands left behind, there is a desire to share that history with our grandchildren.

The many ethnic festivals held throughout the year give us that opportunity. Even if you can’t find a festival that matches your own specific nationality, take your grandchildren to these festivals and expose them to the world without leaving the country, or even the city. 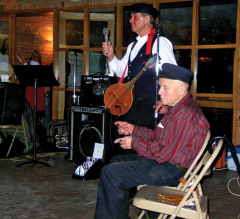 There are many ways that grandparents and grandchildren can enjoy ethnic festivals. If the ethnicity is part of your heritage, you can explore it and its influence on your family today. Why did your family travel from another place? What did they come to do? Why did they choose the place you live? Are there foods you eat that are part of your heritage? At an ethnic festival you can introduce your grandchild to foods they might not otherwise taste. The flavors might bring back memories for you. Ethnic festivals that do not represent your ancestry can still challenge the children to experience new tastes, help them understand other people, and teach them to appreciate diversity. Listen to the music, look at the costumes, and enjoy the parades. Bring along a map, participate, and take an inexpensive journey to another land.

For me, the highlight is always dancing. Almost every culture has its own unique folk dance, and children will relish the chance to dance with you and the other grown-ups. They may not be able to get the steps right, but skipping and hopping are always acceptable. If there is swinging involved, that’s even better. When my two children were 7 and 8 years old, I took them to an Irish dance, called a “ceili.” We laughed and danced until we were out of breath. We kept going as they grew older, and I even managed to get them to attend as teenagers (luckily, my son had a girlfriend who enjoyed going). Today, as adults, they still enjoy going, and I expect we will introduce their children to ceilis in the future.

Here are some of Michigan’s ethnic festivals for you to check out: