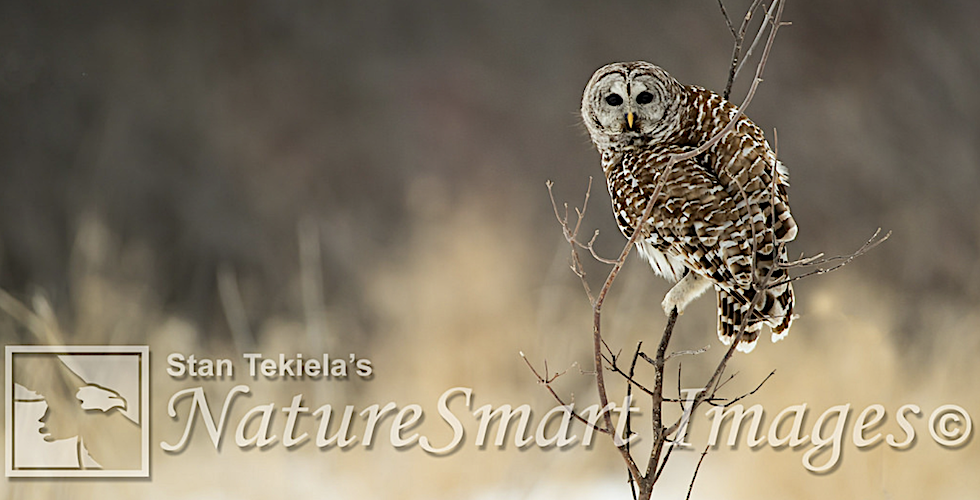 In today’s NatureSmart column, Stan Tekiela shares with us why the Burrowing Owl is different from all other owls. 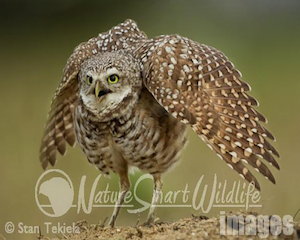 I love the rule breakers in nature. People tend to pigeonhole (sorry for the pun) birds and animals into categories not based on facts but on how we perceive them to be. We think that if they are one kind of critter, then they will act a specific way. Owls are a good example of this stereotypical thinking.

First of all, Burrowing Owls are tiny birds—not the large hulking predators that we often think of when imagining owls. In fact, they are so small (less than 10 inches tall), that they hunt mostly insects like grasshoppers and katydids. So they are not very fierce predators, unless you are a bug. 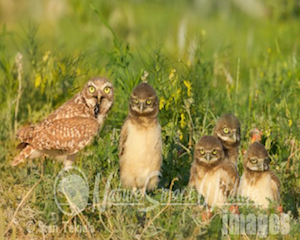 Using their tiny feet, they kick loose dirt backwards to excavate their burrows. It can take a fairly long time to dig out their burrows, up to 2 weeks, but they use the burrows for many years in a row, making all the effort worth it. Many burrows are upwards of 6 feet long with a small chamber at the end. They will have extra chambers where they store food.

At nesting time, the adults bring in chunks of animal dung (usually cow manure) to decorate the entrance to the burrow. Presumably this will attract beetles and other ground-dwelling insects that the owls then catch and eat. But the birds also collect other objects (like bottle caps) to place at the burrow entrance.

Interestingly, Burrowing Owls take well to man-made nesting burrows constructed of PVC pipe or sections of 4-inch drain tile with a small wooden box at the end. This type of apparatus is meant to be buried about 2- to 3-feet deep. The owls seem to like these dwellings and use them often. 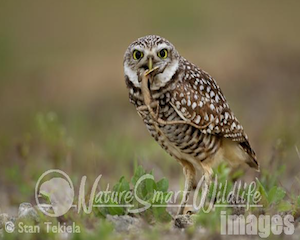 Burrowing owls also have very long naked legs—much longer than most other owls. They also lack the feathers found on the legs and feet of other owls. This is because they live in warm climates where having feathers on your legs for warmth is not necessary.

All of these things make the Burrowing Owl different from  other owls—and make this bird a classic rule breaker. In nature, there are never any absolutes, and there is always an exception to every rule. I love the rule breakers. Until next time…